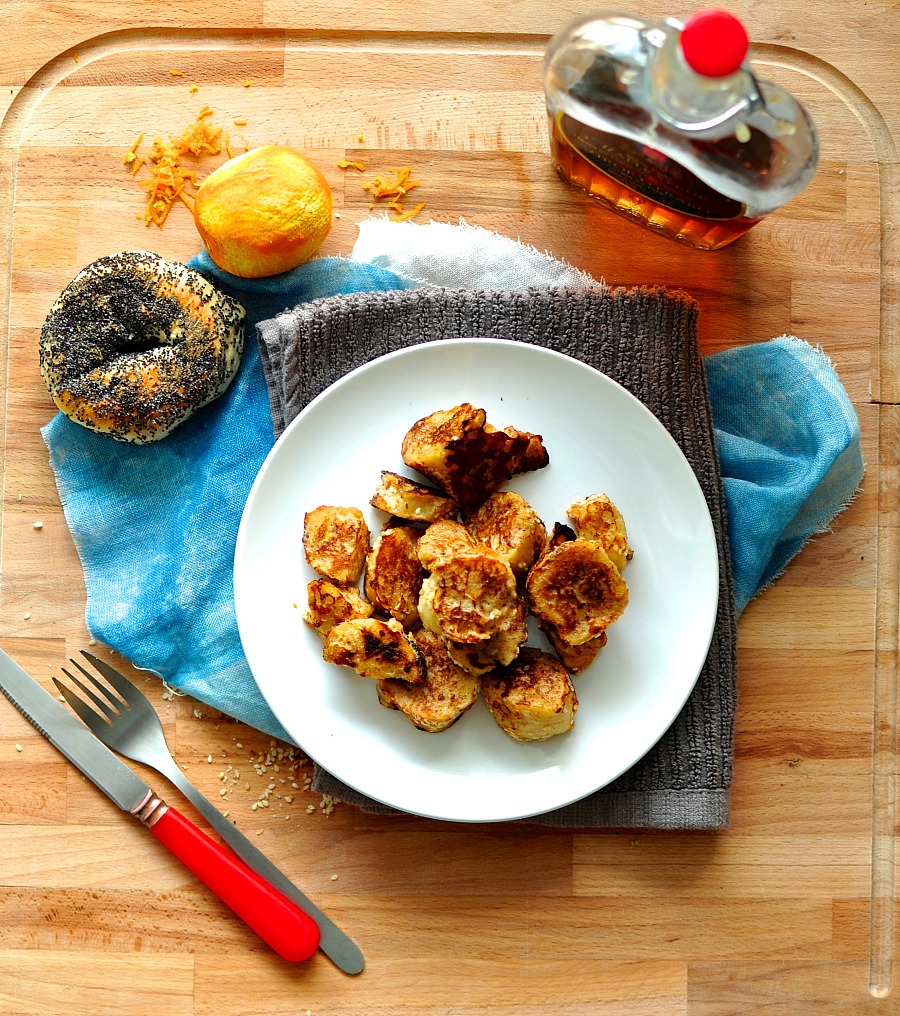 For those of you who don’t follow me on Instagram or Twitter you may not know that I’ve started to sell my Montreal Bagels at the local farmer’s market (for the Calgarians out there, I’m at the Hillhurst-Sunnyside farmer’s market!). I have been wanting to do this for a long time and have finally taken the plunge. It’s a lot of hours making bagels but I’m loving it. I can’t wait to see where it goes and I’m excited to have people tasting and buying the bagels (and liking them too!). 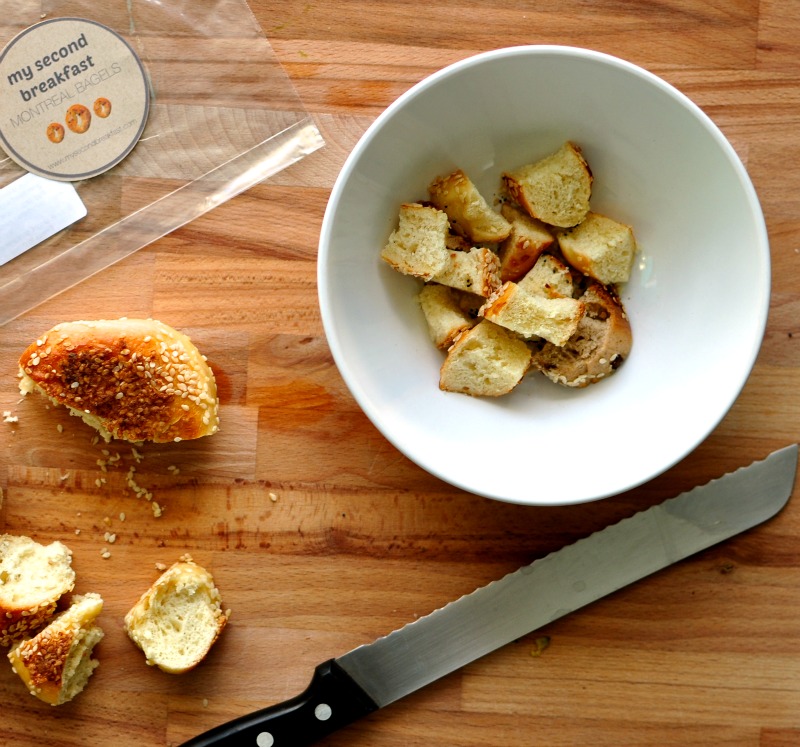 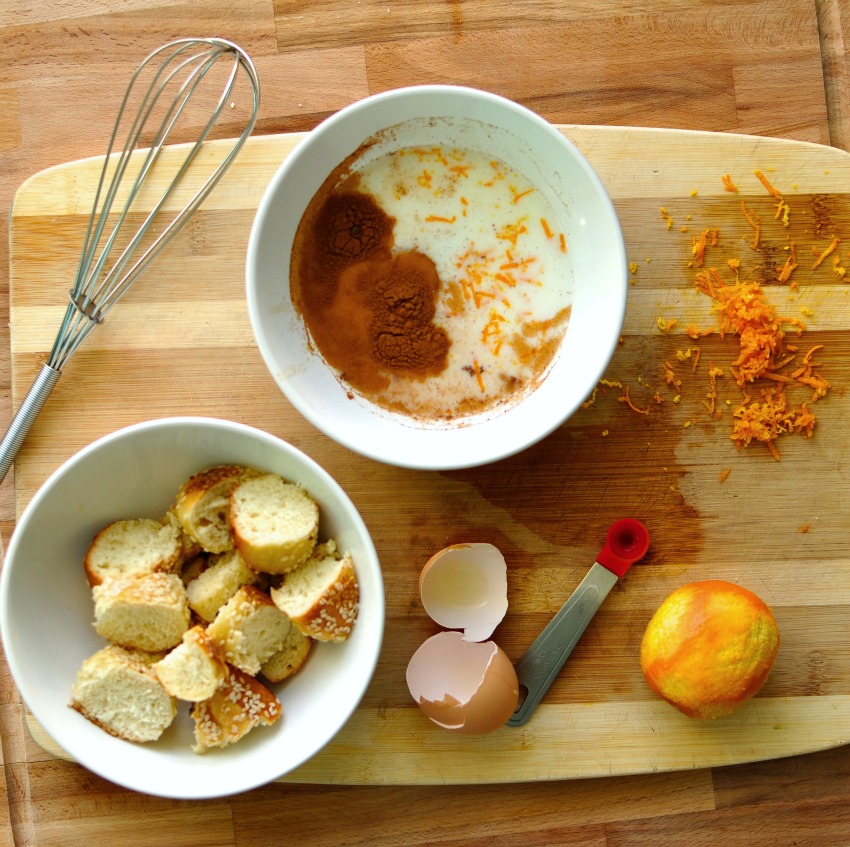 One of the most important parts of being a vendor at the farmer’s market is having an ample number of samples on hand. I cut up all of the deformed bagels that I don’t want to sell and have them ready for people to try. This last farmer’s market I had a few extra deformed ones, cut them up and ended up selling out of the bagels before all of the samples were gone. My boyfriend immediately proceeded to eat about half of the leftover samples but I still had a few sitting around when the weekend rolled around. Obviously since they were sitting out on the counter, not in an airtight container, and were already cut up, they didn’t taste the freshest anymore. So, what does one do with a slightly stale bread product? French toast of course! 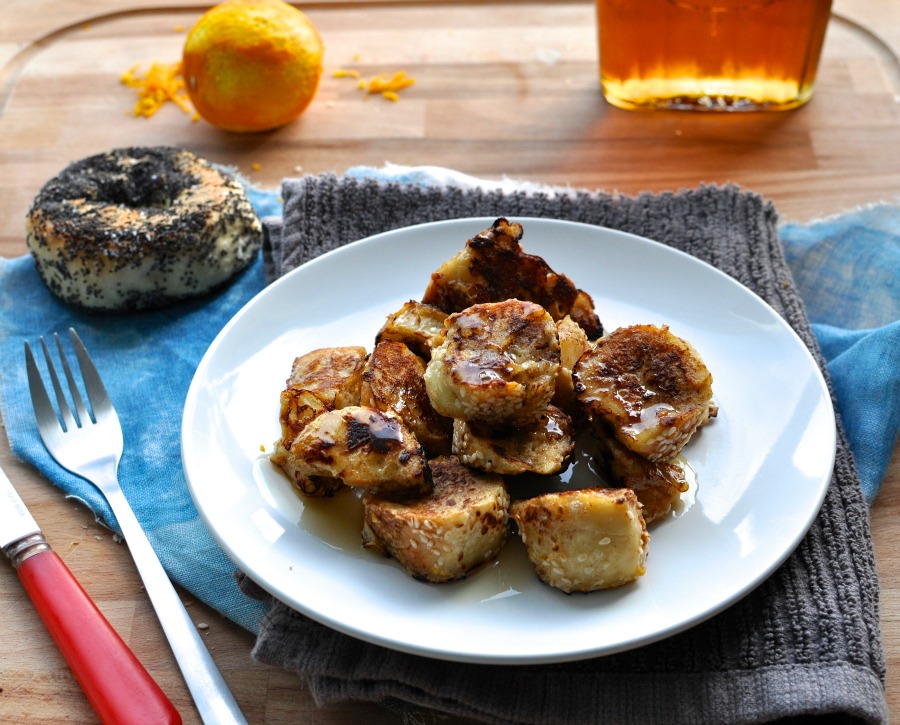 I soaked the chunks of bagels in a simple milk and egg mixture, faintly spiced with cinnamon, vanilla and orange zest. Next, I fried those little pieces up in some butter and I had an awesome twist on french toast on my hands. Each chunk is totally golden brown and nicely soaked through so the inside is tender and moist. It’s important that you cut the bagel in chunks and not in half (lengthwise). Also, make sure to cut generous chunks so that you can make them golden brown without drying out the inside. Drizzled with some maple syrup and served with some berries (if the season permits, which it does not at the moment where I am) this is a great take on a breakfast classic. 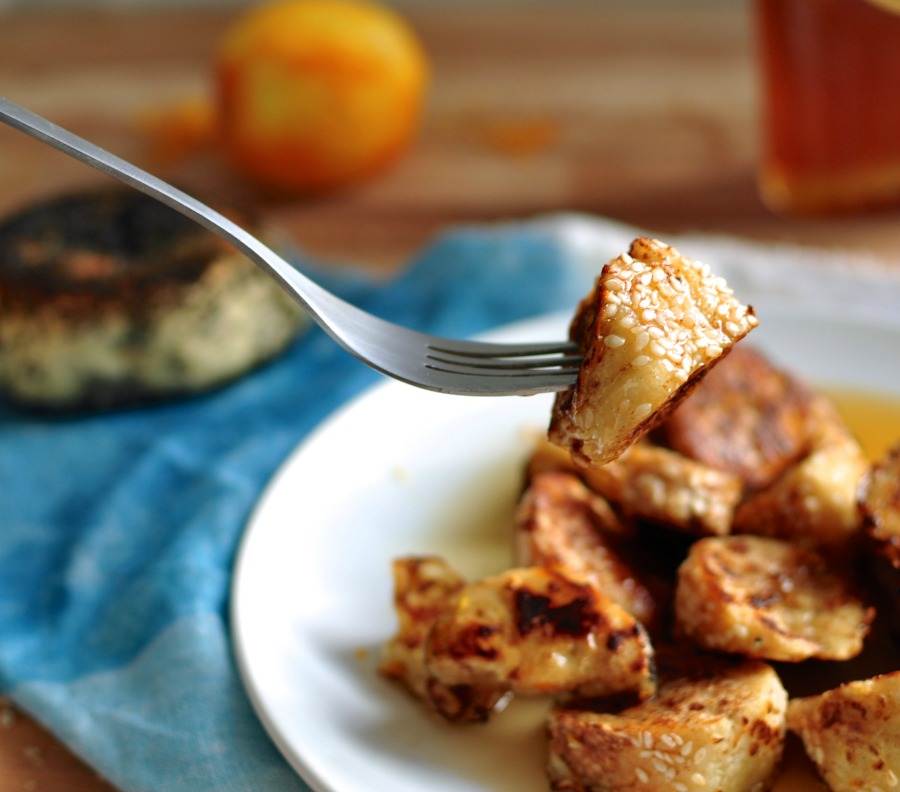 Cut your bagels into 1 inch chunks.

Soak bagel chunks in milk/egg mixture for ten minutes, tossing once midway through so everything gets soaked up evenly.

In a medium pan, over medium-high heat, melt butter.

Fry bagel bites until golden brown on each side (about 2-3 minutes per side).