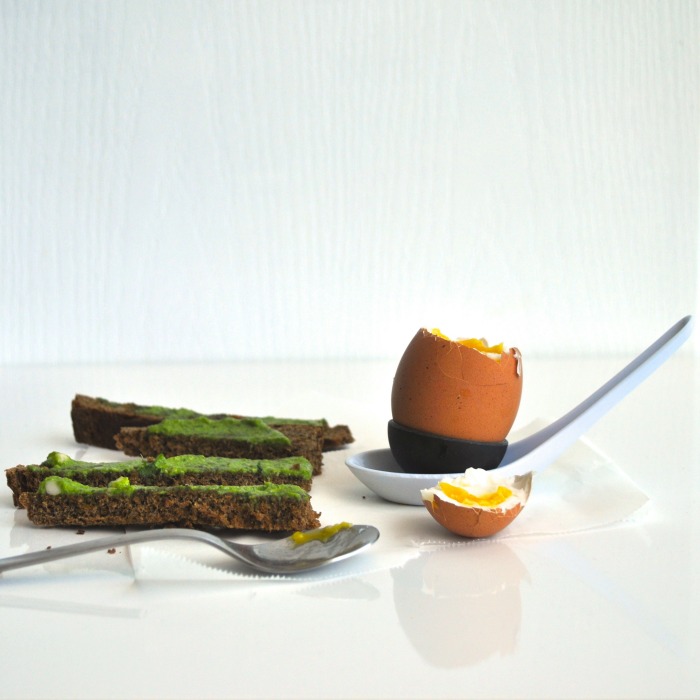 My first egg memory is of my grandmother making me “dunkie” eggs, which is basically a soft boiled egg, with the top chopped off that you dip buttered toast soldiers into. She always had really cute egg holders, which I clearly don’t have but I made do with a couple of spoons. Eating this dish is a thoroughly satisfying experience. First, you get to eat the tiny bit of egg white that stuck in the top of the egg that’s been chopped off, the yolk totally gushes out with the first dunk, and once your done dunking your deliciously buttered toast into the egg, you scoop the remaining egg white out with a tiny spoon. 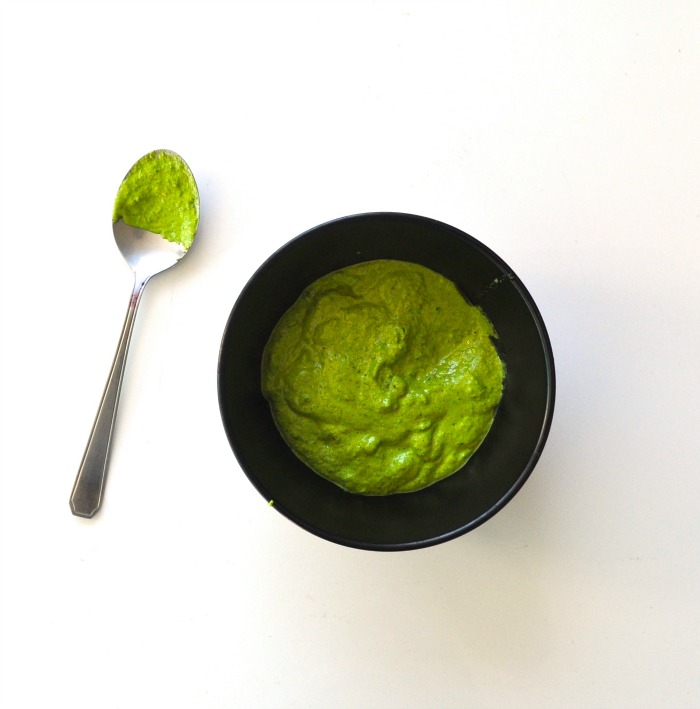 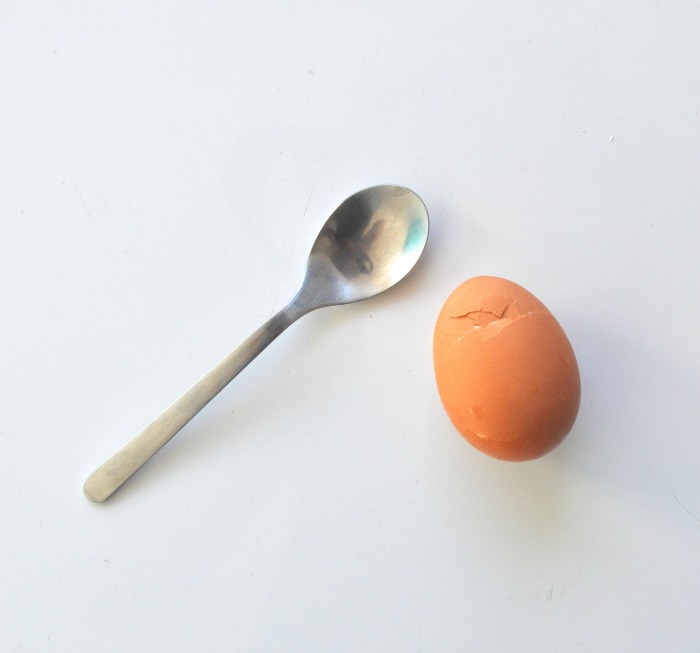 I’ve never made this for myself before, but making this bread has inspired me to make all sorts of bread-related meals. Instead of using classic, buttered toast (which is totally delicious if you don’t feel like making the pesto), I was inspired by breakfast sandwiches that often have pesto on them (it’s always my favourite part). Instead of putting raw garlic into the pesto, which may be a bit intense in the morning, I opted to rub the garlic onto the toast, which imparts a ridiculous amount of flavour without the raw garlic bite. If you’ve never tried this before, you have to give it a go! 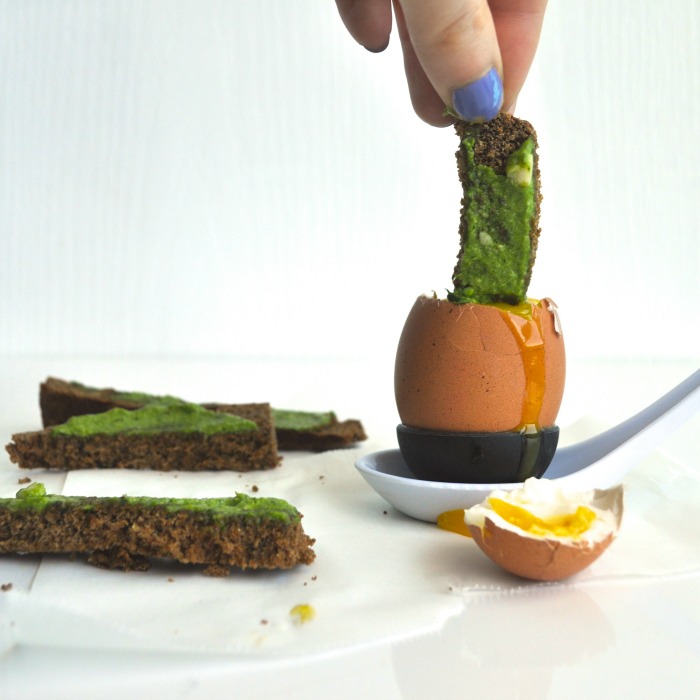 The pesto is peppery from the arugula, vaguely nutty from the pumpkin seeds and the toast has a perfect garlic flavour. You can certainly use another type of pesto if you prefer, I am partial to basil/walnut (recipe here). Either way, the green pesto, garlic, toast all mixed together with the egg yolk, is simple but out of this world. 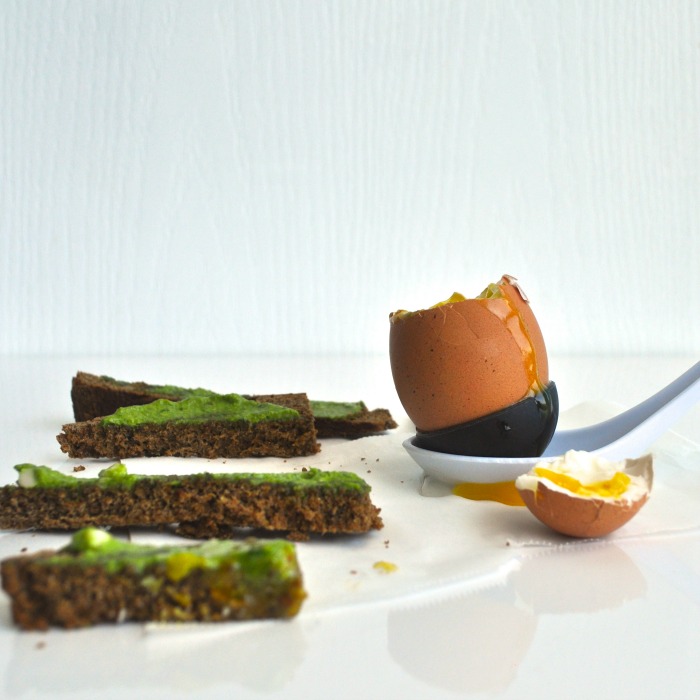 In a food processor combine all of the ingredients for the pesto. Blend until smooth, taste and adjust for seasoning. Set aside.

Bring a small pot of water to a rolling boil. Boil eggs for 5 minutes, remove and run under cold water.

Rub your toast with one half of the garlic clove while the toast is still hot.

Slather with pesto and slice into 1/2 inch strips.

Using a serrated knife, carefully cut off the top of the soft boiled egg.

Place egg in a vessel that will keep it upright, sprinkle with salt and pepper, dunk away, and finish off the egg by scooping out the egg whites with a small spoon.