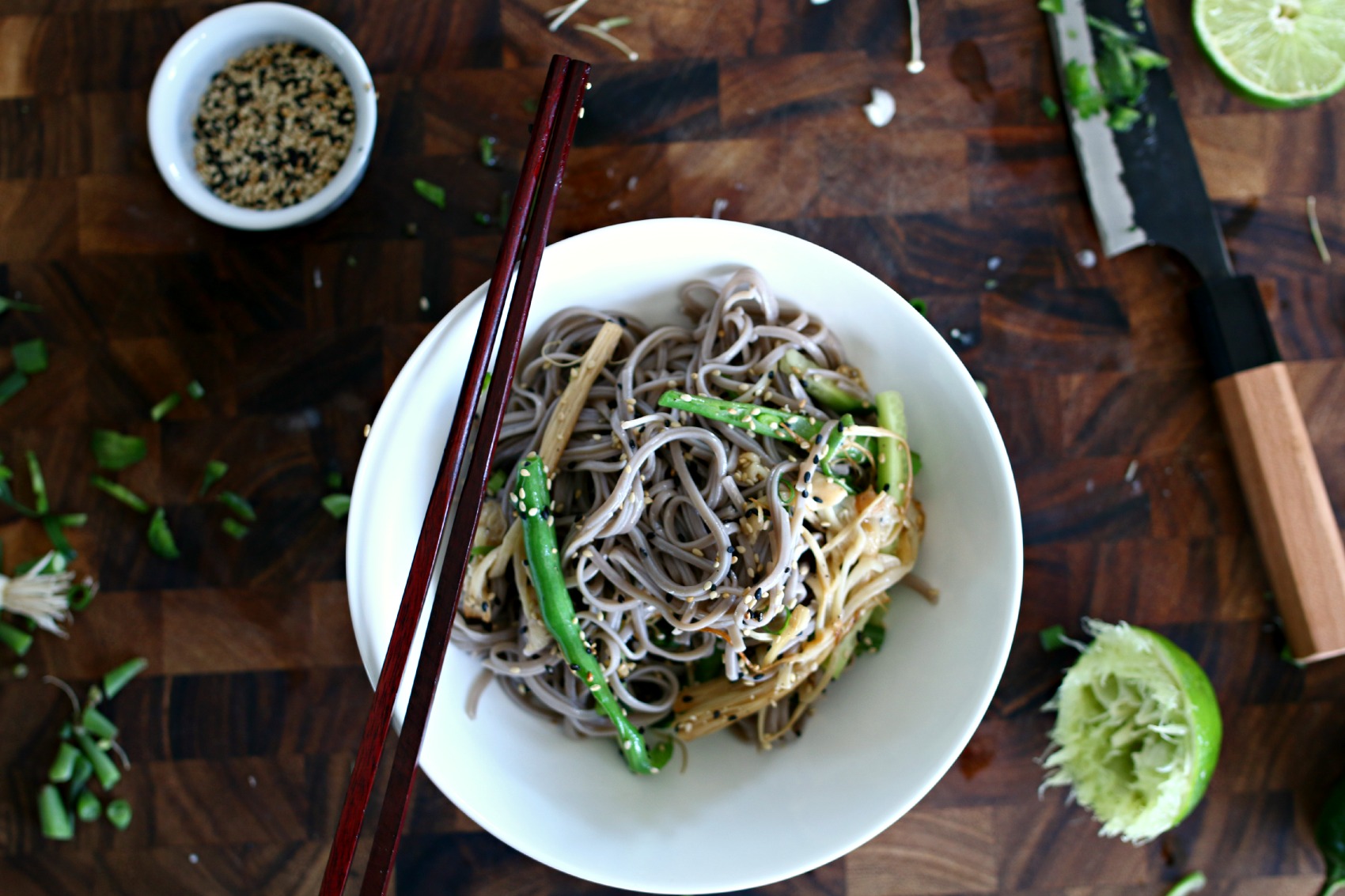 I am back in Montreal this weekend visiting family and friends and me and my sister decided it would be fun to collaborate on some blog posts. She has a YouTube channel, which means she is the jelly to my PB&J sandwich when it comes to digital media. I can’t figure out how to film a video for the life of me, but she has the system pretty much down to a science. So, as soon as I arrived, I came up with a few recipe ideas, headed to the store to get the ingredients and we proceeded to cook up a storm, dirty 100 dishes, and make a few videos recipes that I’m excited to share here over the next couple of weeks. This is the first one and it is probably the one that I will make the most often when I get home: a cold soba noodle bowl. 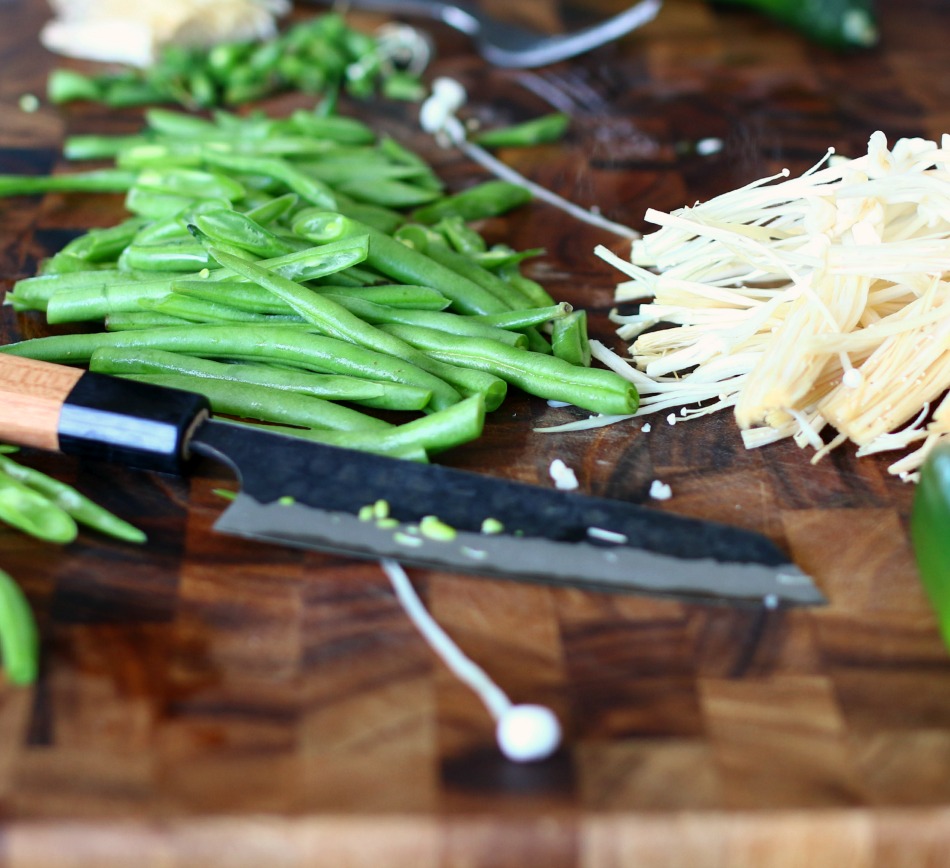 I have had the idea of making cold soba noodle salad for a while now but haven’t gotten around to it. It was exactly what I imagined it would be and is pretty much the perfect lunch to have hanging out in the fridge for a few days for a healthy, filling, but still light meal ready at your fingertips. Obviously you can substitute the vegetables for anything you want but I love the crunchy green beans, the fresh cucumber and the hearty mushrooms. The sesame seeds give the bowl a subtle crunch and are also beautiful to look at. The dressing is simple: sweet, sour, salty and savoury. We pretty much devoured everything we made before we moved on to making the rest of the recipes. It’s that good. 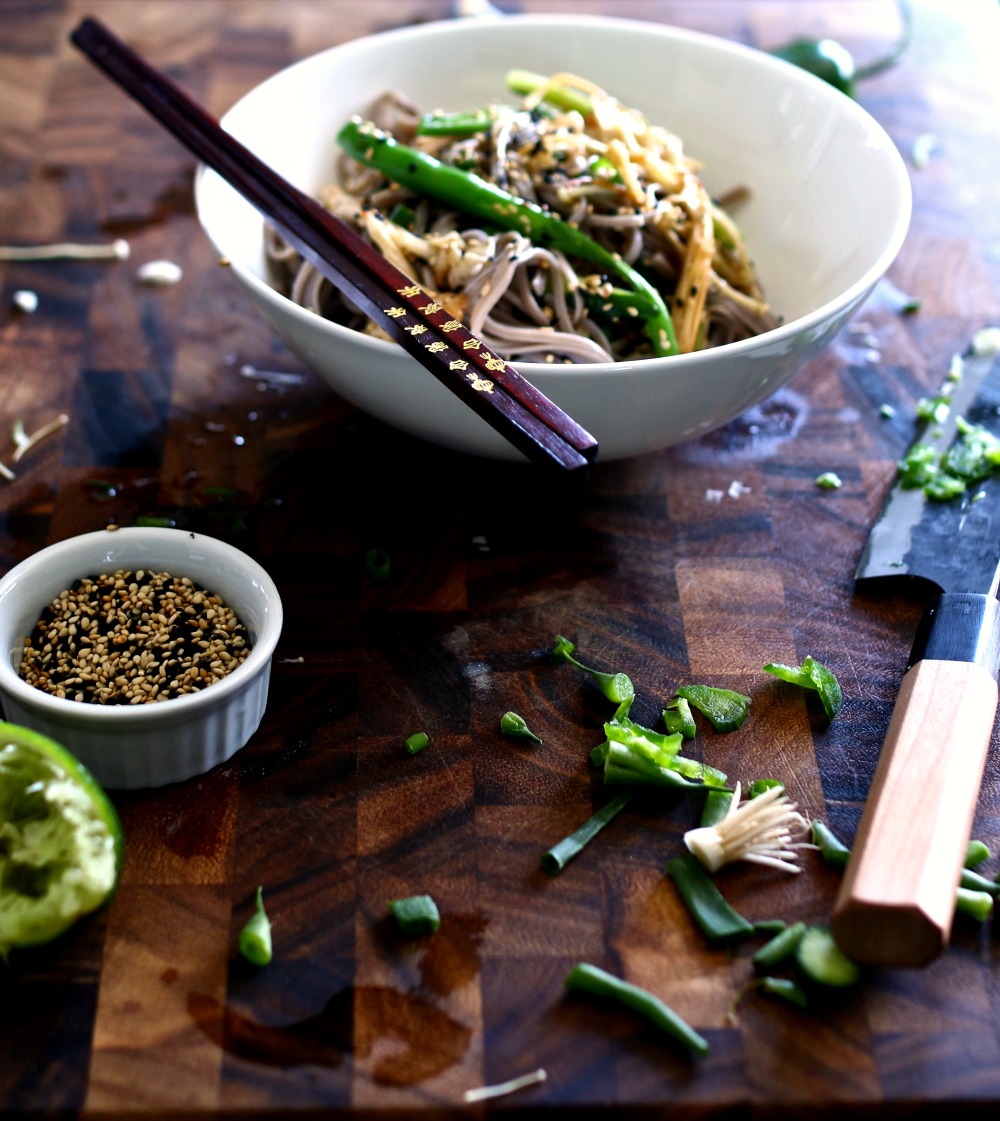 If you want to make this completely vegan, replace the honey with a sweetener of your choice (like agave).

Heat up a pan over medium heat with a splash of neutral oil.

Put mushrooms and green beans into the pan, season with salt and pepper.

In the meantime, bring a pot of water to a boil.

Cook soba noodles until cooked through (about 5 minutes).

This dish is good at either room temperature or cold.

In a small bowl whisk together all of the ingredients for the sauce (rice wine vinegar, sesame oil, honey, soya, sauce, lime, green chilli).