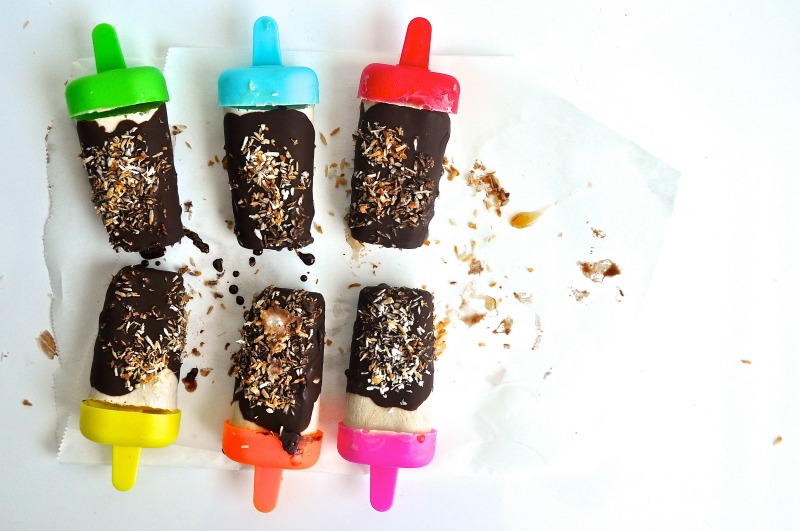 Popsicle experiment number 2: success. When I was in Montreal about a month ago, I went to a delicious food truck with one of my friends at Atwater Market called “Satay Brothers”. I enjoyed a tofu sandwich but I also noticed that they had some pretty interesting ‘paletas’ for sale as well. Paleta (from what I understand) is basically what they call popsicles in Latin America. They can be cream or water based and are usually made with fresh ingredients like fruit or nuts. After I came home, I decided to google the most popular paleta flavours and dark chocolate and coconut was one of them. 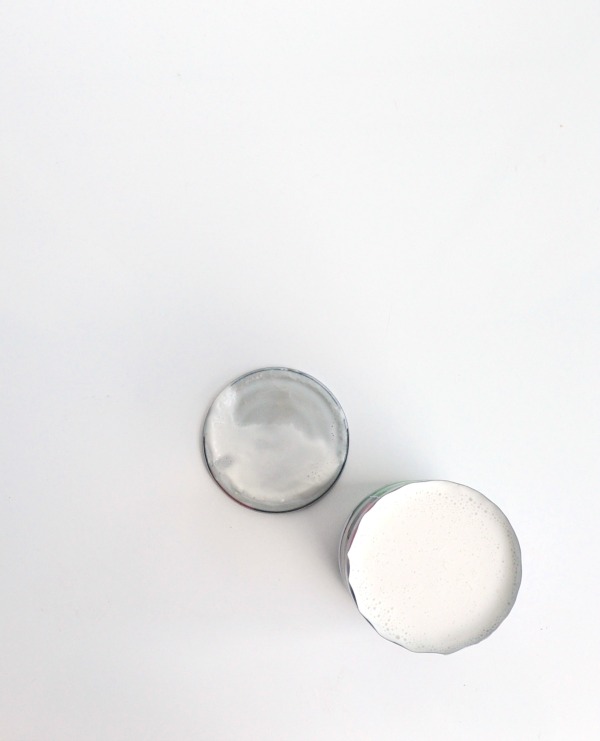 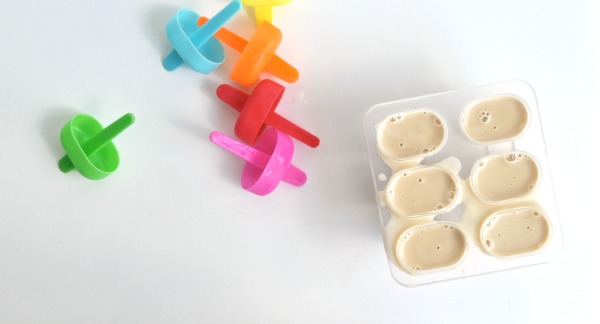 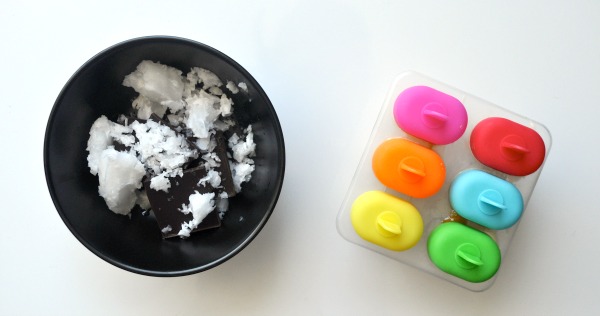 To be honest though, I forgot all about them until I saw My New Roots’ homemade bounty bars. When I saw them, I not only wanted to make those immediately, but I also thought that a popsicle version that included creamy coconut on the inside and a crispy chocolate shell would be wonderful. Personally, I find that all popsicles taste like a treat (even if they are just fresh fruit juice frozen in tiny quantities) but creamy, coconutty, chocolate-covered popsicles are especially worthy of the title of ‘treat’ compared to fruit based popsicles. 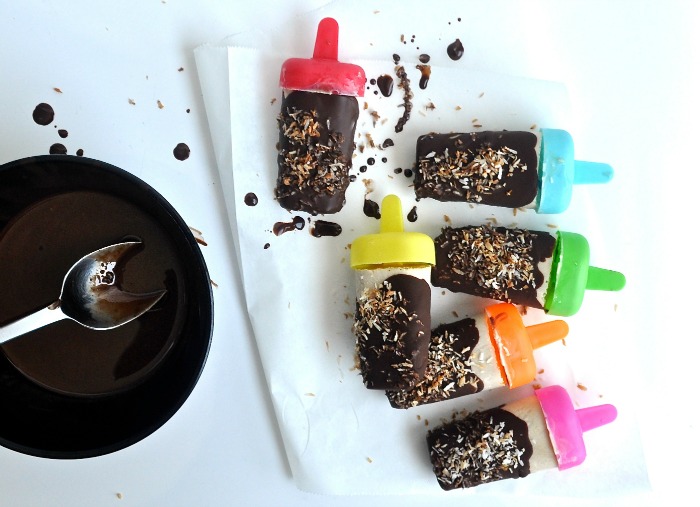 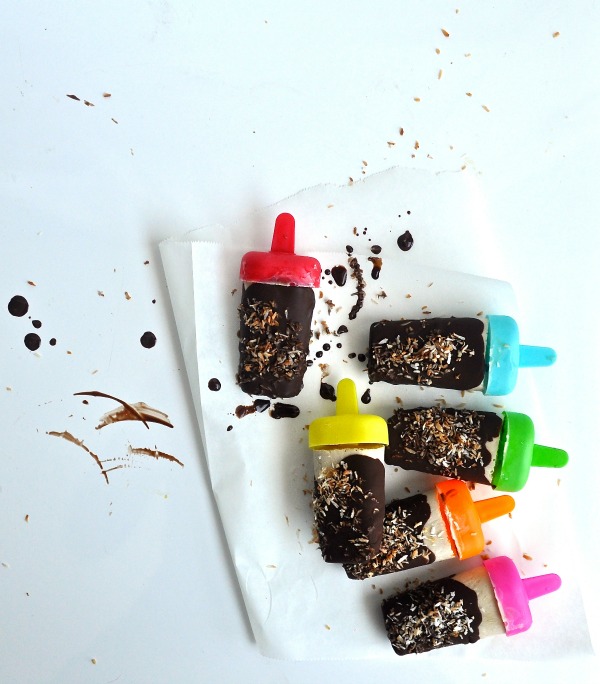 The one thing I wasn’t sure of doing is how to store these, since they have a crunchy shell and can’t be kept in the popsicle molds. It was easy enough though. I just unmolded the coconut interior when it was fully frozen, dipped it in the chocolate crackle, and then stored them in an airtight container in the freezer, separated by parchment paper. I know it’s not rocket science once you hear the solution, but I actually had to think it through a bit to figure it out. If you have extra chocolate crackle, spoon some over some yogurt or ice cream- it’s absolutely delicious. 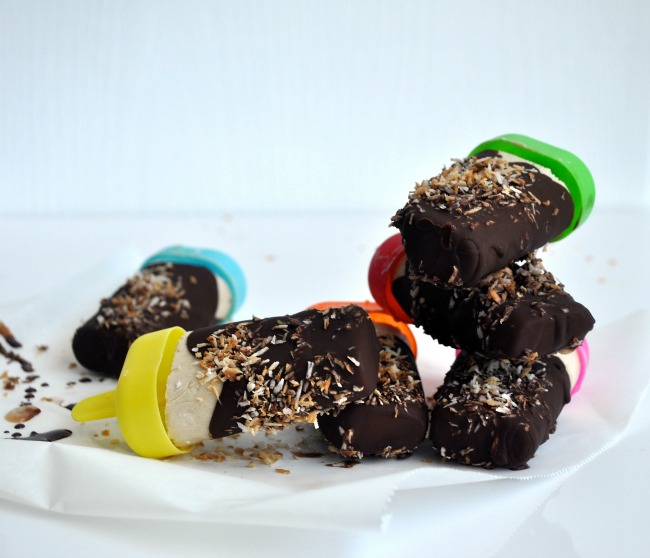 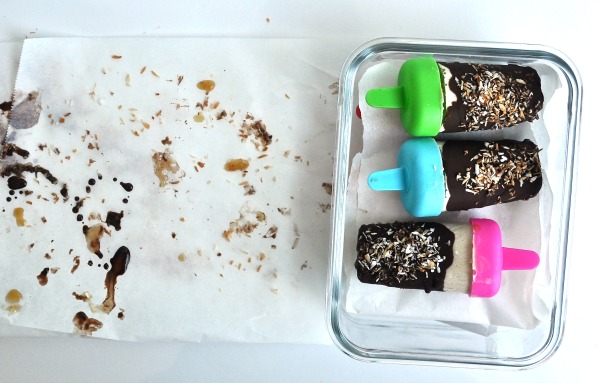 The amounts in this recipe will depend on the size of your popsicle molds, so adjust accordingly!

In a small pot, heat up coconut milk and dissolve coconut sugar in it.

In a small bowl combine chocolate and coconut oil, melt in microwave.

Store in an air right container, with parchment paper separating the individual popsicles.

One thought on “Coconut and Dark Chocolate Popsicles Recipe”