We were in superstore the other day and they were giving out samples of pudding. I didn’t have any but my boyfriend did and he asked me if it was even possible to make pudding at home. I said of course it was possible (although I had no idea how). Generally, I am pretty uptight about having any sort of packaged, processed snacks in the house, so a while ago, I said that as long as we don’t buy any pre-made stuff I would be happy to have a hand at making it (within reason). So, let the pudding adventures begin!

Upon further reflection (i.e. when I was standing in front of my 400 degree oven stirring pudding mixture for 15 minutes) this isn’t the most pleasant thing to make in hot weather (especially if your apartment has no air conditioning) but it is lovely to eat. If you have a cool day or a cool home, this is a surprisingly delicious treat and the roasted bananas and coconut make it slightly tropical. 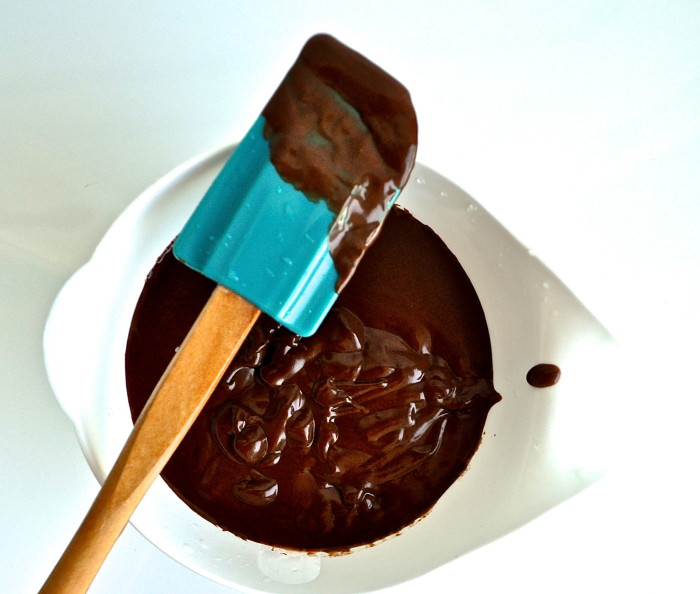 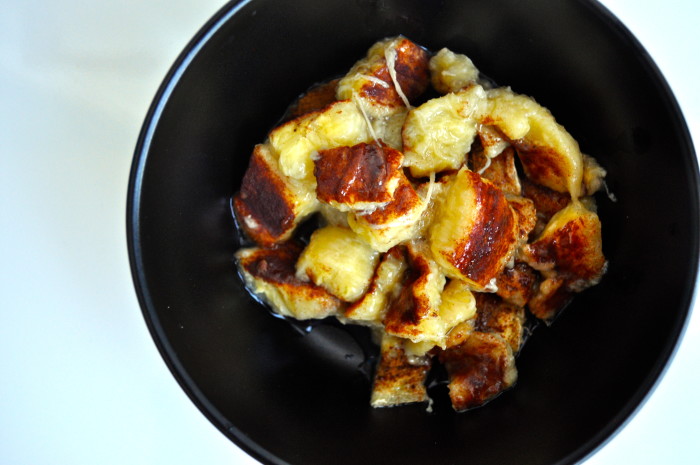 As always, when I don’t know anything about making something my research began at smitten kitchen. I ended up adapting (slightly) her base recipe and added the toppings to it. I am sure this would be delicious with fresh raspberries (with chopped almonds?) instead of the roasted bananas but I didn’t have any on hand and had never tried roasting bananas before, so I figured why not. The pudding is smooth, thick, rich and not overly sweet. Roasting the bananas was pretty interesting, they got really, really sweet and I think that the unsweetened whipped cream is important to cut through it.

I think that the unsweetened whipped cream gives a nice light texture. It really doesn't need to be sweetened when it's eaten with the bananas (which are naturally very sweet) and the pudding. The coconut gives a lovely toasted flavor and a tiny bit of crunch!

Preheat your oven to 400 degrees Fahrenheit.

Leaving their skin on, cut the bananas lengthwise in half. Sprinkle evenly with ground cinnamon. Wrap (like a parcel) in aluminum foil. Bake for 15 minutes.

While the bananas are baking, bring a small pot of water to a simmer.

In a heat proof bowl that fits nicely over your pot of water mix your cornstarch, salt and sugar together. Place bowl over pot to create a double boiler and add milk. Stir with a flexible spatula until the mixture has thickened, about 15 minutes. You will know it's thick enough when the mixture coats the back of a spoon.

Add chocolate and whisk gently until everything is melted and a thick, smooth mixture has formed (about 4 more minutes).

Pour mixture into a measuring cup to make it easier to pour into whatever you intend to serve it in. If you have good aim, you can pour it directly into serving bowls.

Cover with plastic wrap (make sure the plastic wrap is touching the pudding if you don't want a pudding skin to form) and refrigerate for 30 minutes.

In the meantime, take a very cold small bowl and using an electric mixer, whip your whipping cream until it is soft and fluffy.

Toast unsweetened coconut in a pan and set aside.