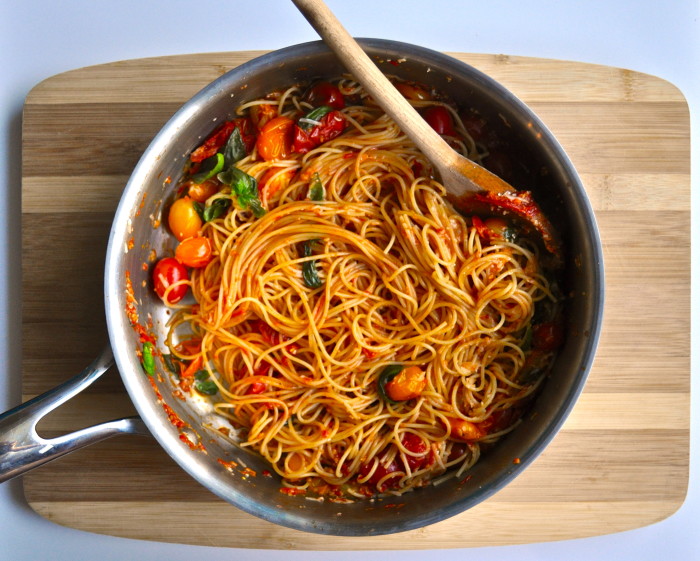 As much as I love experimenting in the kitchen, sometimes you just need to eat. Fast. However, more often than not, I still want a nice warm meal that I won’t regret 10 minutes after eating it. The other night was a night just like that one and I went through my mental account of what we had in the fridge. Leeks. Carrots. Cherry Tomatoes. Tofu. I started trying to put together a meal in my mind, when I thought, forget it, a bowl of pasta is all that I want. For some reason, I always feel like pasta is a cop out. Before I took my interest in cooking seriously, pasta was on the menu easily 4 times a week. It is warm, comforting, filling and easy. But, I think I have to get over it, because sometimes pasta is just the right thing. 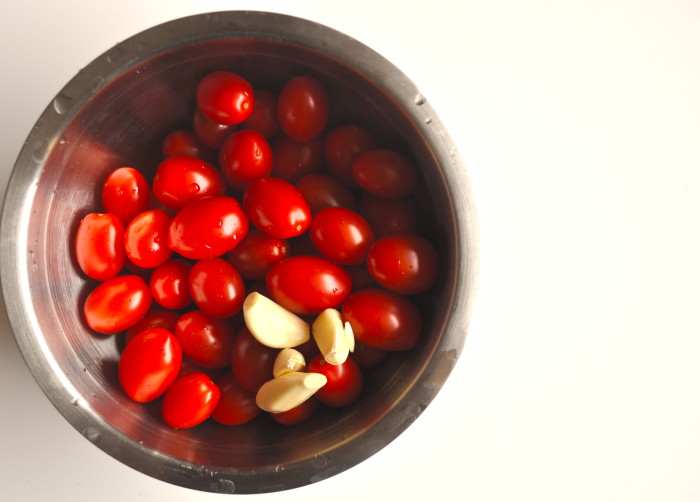 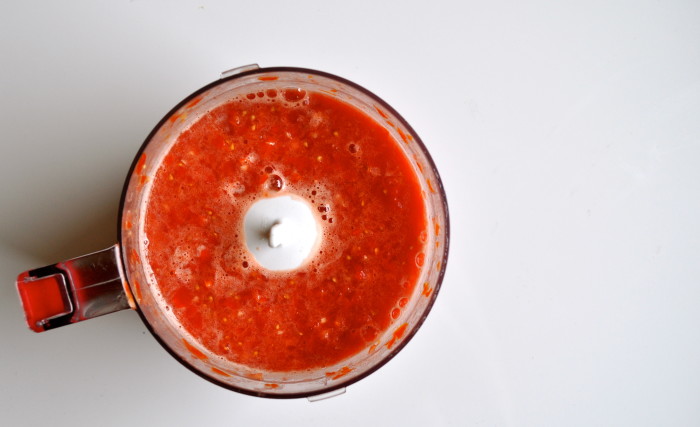 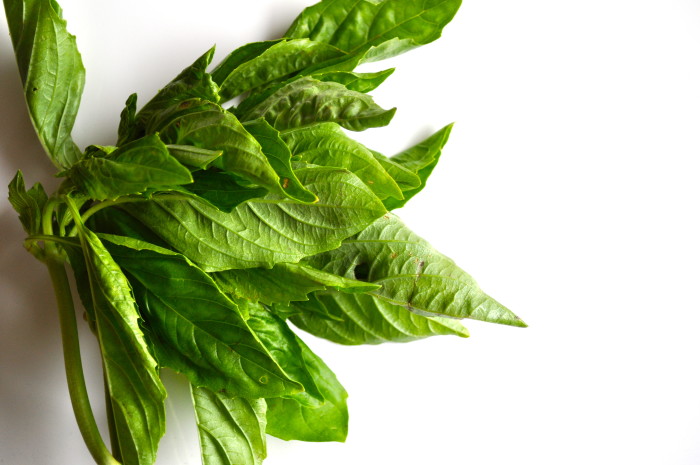 I threw the cherry tomatoes into the food processor with a few cloves of garlic and blended it up, dumped it in a pan and finished off my pasta in that very pan with some salt, pepper, basil and parmesan. The pasta was light, delicious and so flavourful. I often make a more ‘complicated’ version of it often; adding feta, rapini and mushrooms, but sometimes, keeping things simple is the best thing you can do. 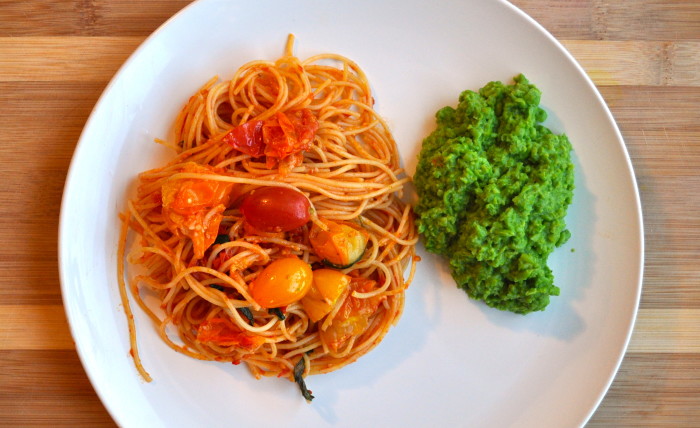 Fill a large pot with water, bring to a boil and cook your pasta al dente (you will finish cooking it in the pan)

While you are waiting for your water to boil, combine half of your cherry tomatoes and garlic in a food processor.

In a large pan (large enough to fit your pasta and toss it with the sauce) heat up olive oil.

Season with salt and pepper and simmer on low-medium heat for about 10 minutes (the time it will take for your water to boil and pasta to cook).

Toss spaghetti in cherry tomato sauce and cook for an addition 1-2 minutes so that the pasta has time to absorb some of the liquid and finish cooking.

Fold in basil and parmesan before serving.