Who comes up with these things? Until recently, there was one and only one way to eat a grapefruit: slice in half, use a really small spoon to scoop out segments, squeeze juice into a bowl, drink juice. Now, however, my grapefruit universe has expanded to include this wondrous creation: the broiled grapefruit. 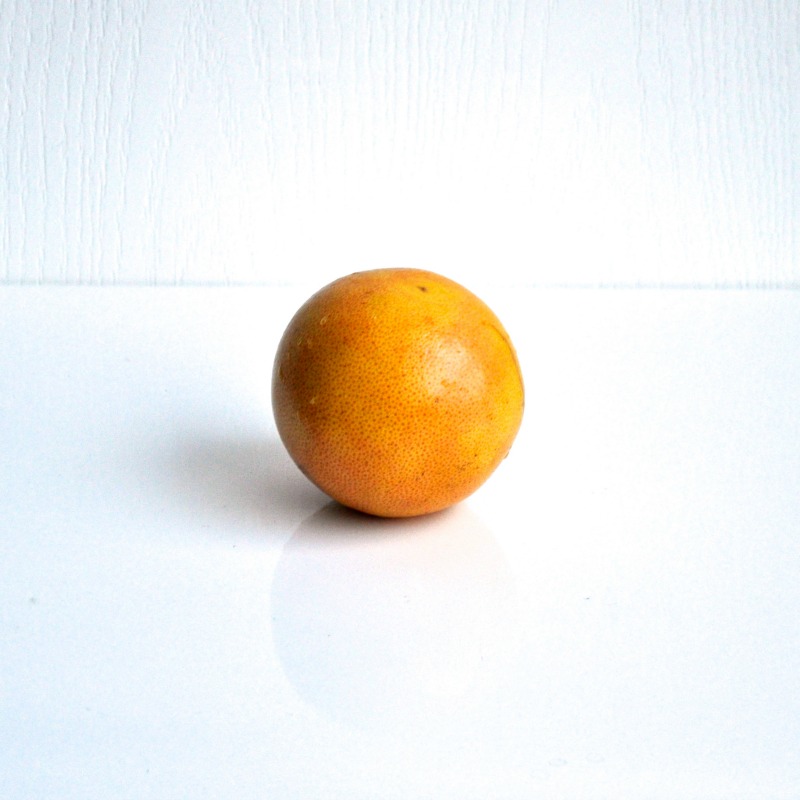 I have seen photos of broiled grapefruits floating around Pinterest for some time now. The idea always piqued my interest. There is something wonderful about the fresh, cool taste of a grapefruit, I couldn’t imagine how it would hold up being heated up. As I have mentioned before however, it is freezing here in Calgary. It was -11 and snowy today (it’s only October, weather gods, have mercy on me!) and it seemed like the perfect day to broil my grapefruit. 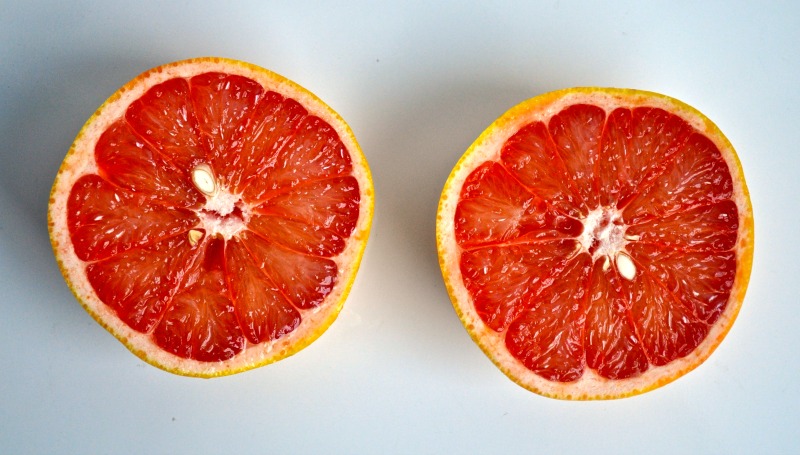 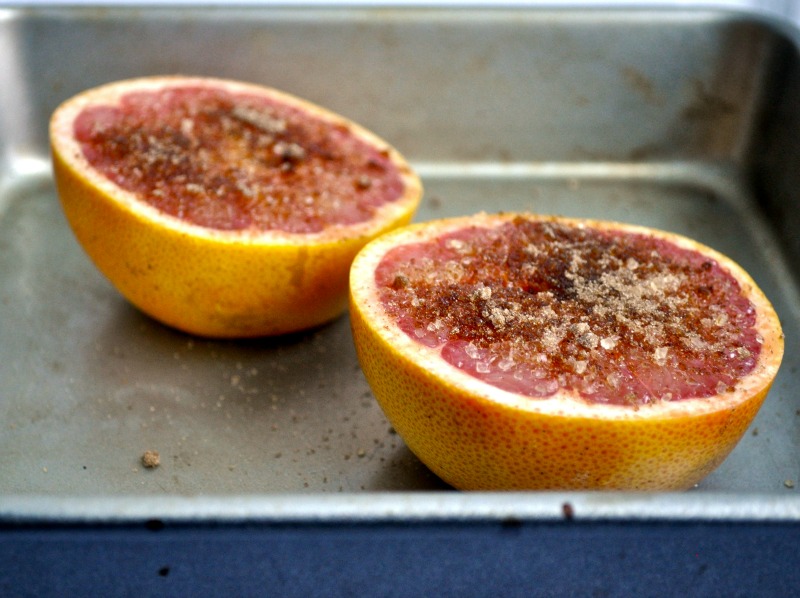 I have to say, this was a wonderful discovery. Even after being broiled, the grapefruit retains its wonderful juiciness. In fact, I found that after being heated up the flesh of the grapefruit brook down a bit, making it even more juicy (and messy to eat) than a fresh grapefruit. The sugar on the top was sweet, but the bitter, sour flavour of the grapefruit still shone through. I think that this is a lovely addition to any brunch. It is so special, unusual and quite beautiful: the segments kind of puff up and darken, making it quite appetizing to look at. I hope that wherever you are it isn’t as cold as here, but when it does get a little chillier (or not, in all honesty, after having tried this I am sure I will eat it this way all year round), I hope that you turn on that broiler and cook up a few of these puppies. It’s worth it. 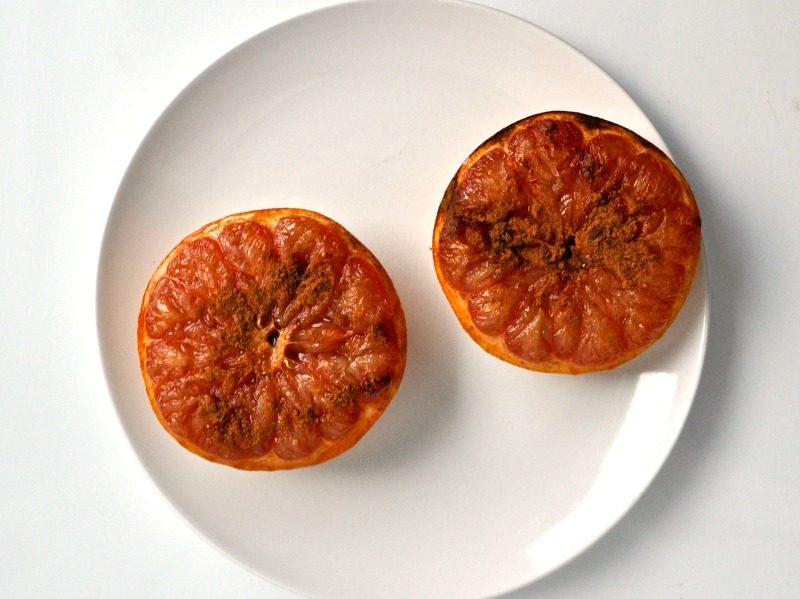 1 grapefruit, sliced in half
3 teaspoons brown sugar (or a mix of brown and demerera sugar)
pinch of salt
1/4 teaspoon ground cinnamon

Preheat oven on broil, to 500F

Place grapefruit on a baking sheet.

Sprinkle the grapefruit halves with sugar, salt and cinnamon.

Broil grapefruit for 7-10 minutes (until the top goes dark and the sugar caramelizes).

Cool down for a couple of minutes, enjoy!