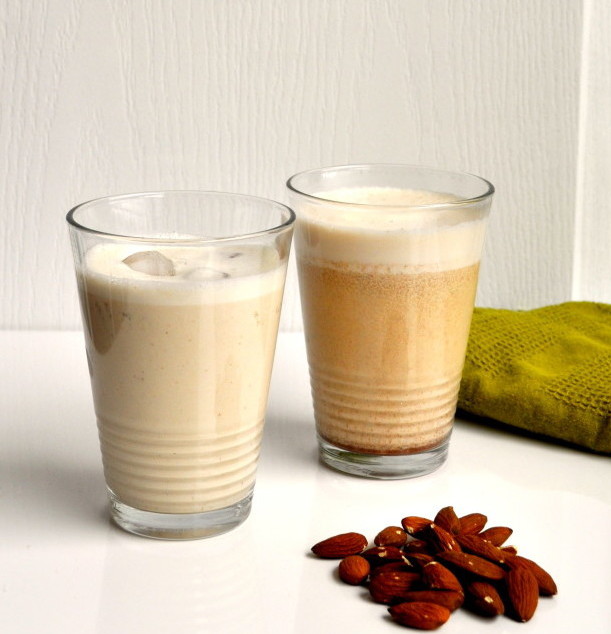 This is why I started this food blog. The other day I thought to myself, I wonder if it’s hard to make your own almond milk? A little bit of research later and it seemed like everyone used the same recipe (if you can call it that) and it was beyond simple. All you do is soak some almonds over night and blend them with water the next day. Seriously, that’s all. It’s mind-boggling easy and for me, the best part is, you can flavor it however you want. What a great discovery! 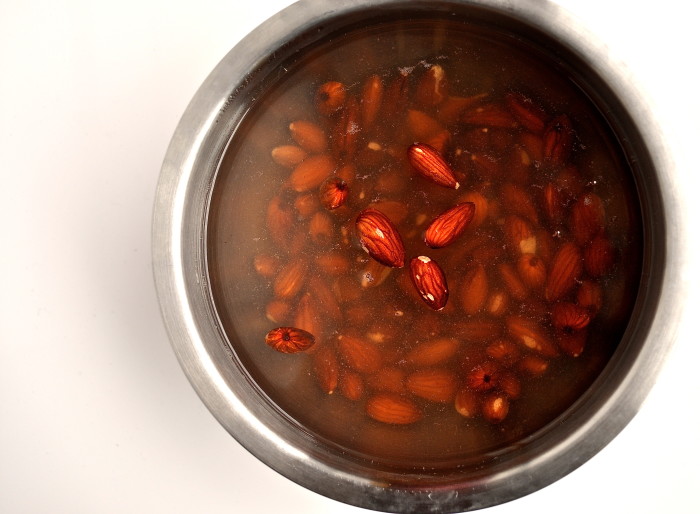 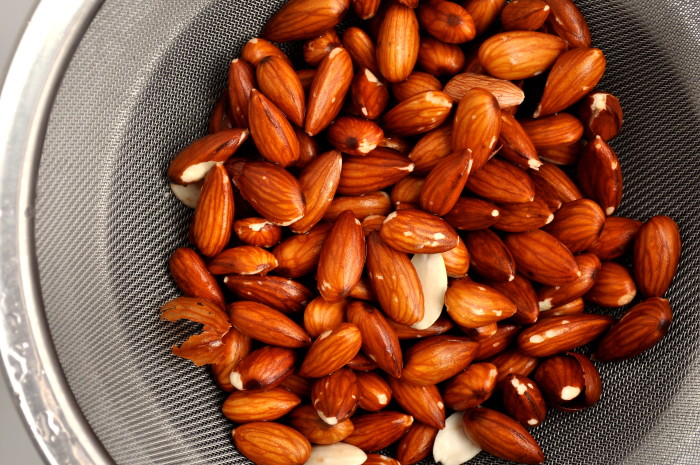 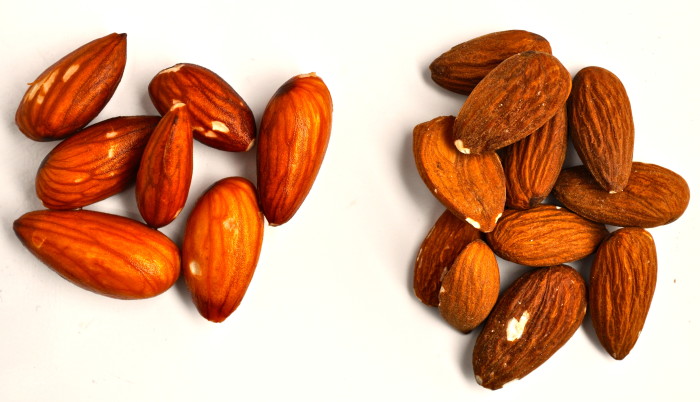 I love watching food transform. I thought it was so cool how different the soaked almonds looked to the unsoaked ones.

If you like your almond milk plain, I would just add 2 teaspoons of honey for some sweetness. 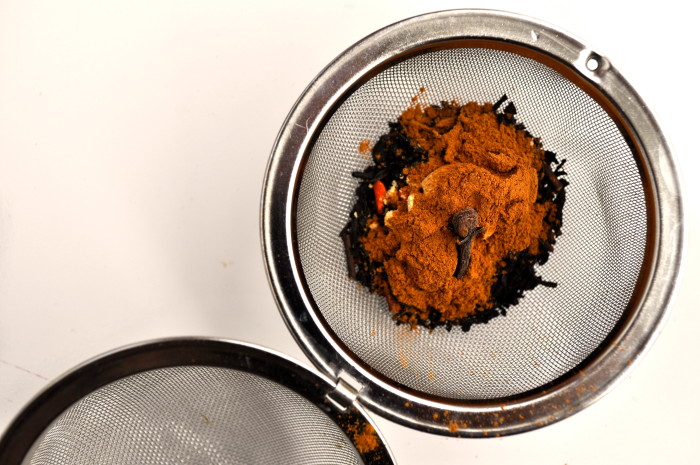 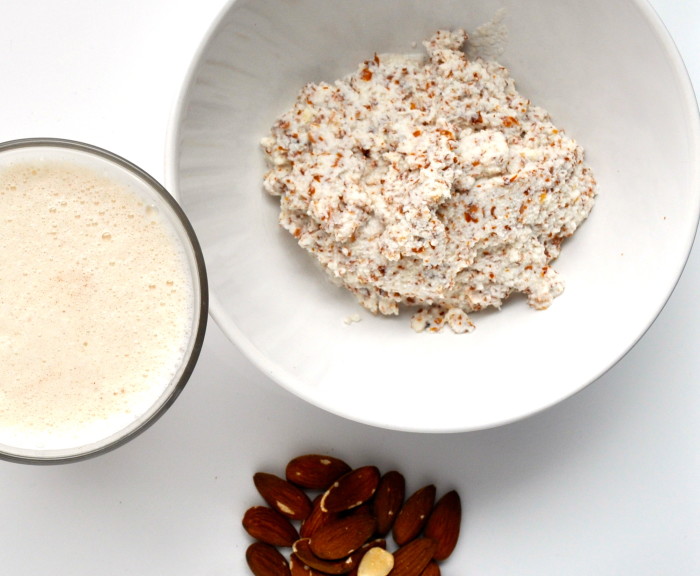 I find it so satisfying to make something that you would never think of making at home and finding out it is so easy and inexpensive (especially compared to the prices of almond milk at the store! Holy cow, this will save you a lot of money). If you’re feeling adventurous, try pistachio, cashew or hazelnut milk using the same method! 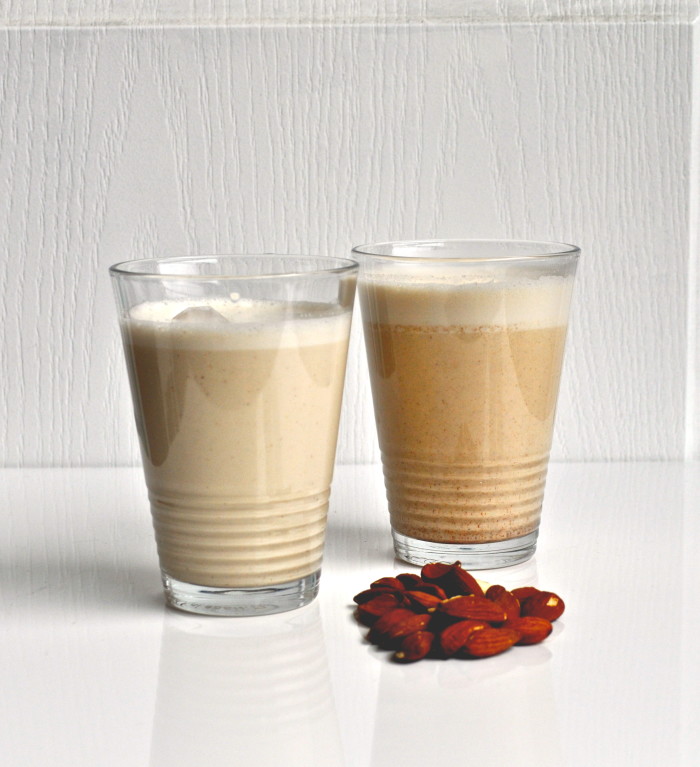 The better your blender is the more bang you'll get for your buck. My blender is pretty poor quality and I got 2 cups of almond milk from the recipe below. If you drink almond milk regularly and are not just going to use this for your tea or to try, I would suggest doubling the recipe.

Also, I used a fine mesh strainer and not cheese cloth. A few pieces got through (presumably when I was mashing the almond mixture against the strainer in an attempt to squeeze out as much liquid as possible) but it didn't bother me in the least.

Keep in mind that you don't have to throw away the pulp. If you stick it in the oven on a low heat it will turn into almond meal.

Soak almonds in a  bowl filled with 4 cups of water for 18 hours. The bowl should be left covered on a counter.

Rinse almonds and blend with water until almonds are broken down (at least a full 2 minutes).

For smooth almond milk, strain the mixture through cheesecloth or a fine mesh strainer.

An hour before blending your almonds, make a cup of tea using 1 1/2 cups of water. I used the recommended amount of chai tea and added clove, cinnamon and ginger to amp up the flavor. Once your tea is steeped (and sweetened the way you would normally drink it), remove the tea and clove and cool in the refrigerator.

Once tea is cool, rinse your soaked almonds and blend with tea (at least a full two minutes), pass through strainer and enjoy!

Once you made your almond milk, add all of the ingredients and blend.