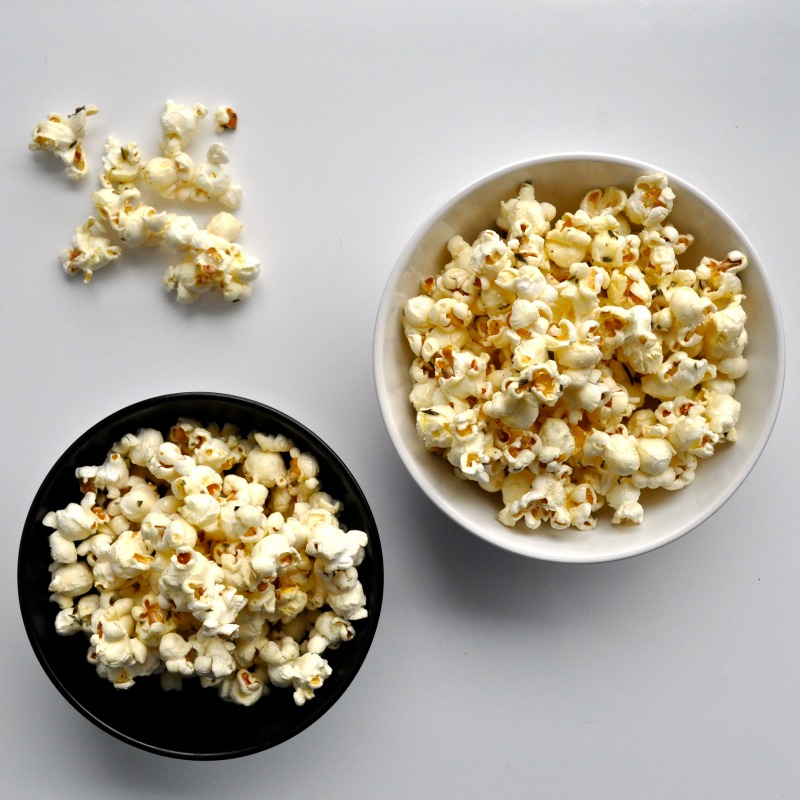 Poppity-corn time! Before you read this post, I strongly encourage you to watch this video to inspire you to make some popcorn yourself. Even better, you can watch it while you make some popcorn for some extra entertainment. Hopefully making popcorn won’t be as eventful for you as it was for me (or Swedish chef- watch the video I tell you!). I have to admit that I felt like it was a bit of a cop-out putting a popcorn recipe up here. I mean, how hard could it be? Little did I know I would end up swimming in bowls and bowls of popcorn failures by the end of this. Luckily, at the end of the road there was one glorious success! This honey rosemary popcorn is delicious. Ever since I tasted apricot rosemary jam in Scotland a few years ago (which also inspired this), using rosemary in a sweet application has opened up tons of tasty doors. 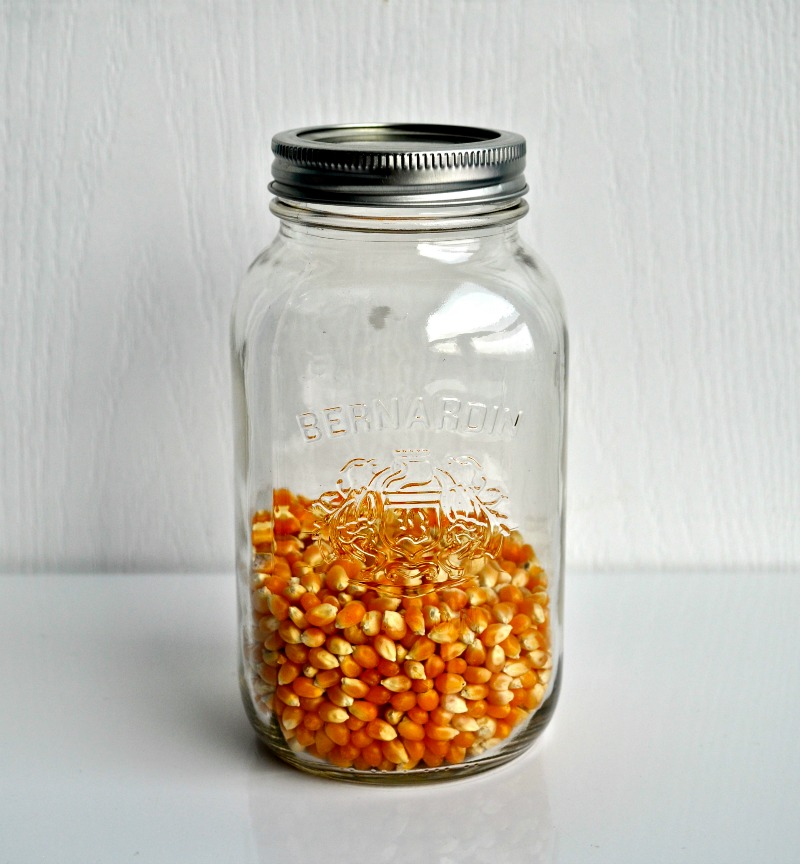 Back to the making the popcorn part: man oh man, who knew that making popcorn was so hard? Popping the popcorn is ridiculously easy, you add a bit of oil to a pot, add the kernels, cover and voila, you have popcorn in 1 minute flat. I think that it is actually even easier than the microwave kind and you don’t have to bother with that stupid bag that is always piping hot. Flavoring the popcorn is another story. I went through FOUR batches of popcorn, three of which I actually thought were inedible before I got to this one. 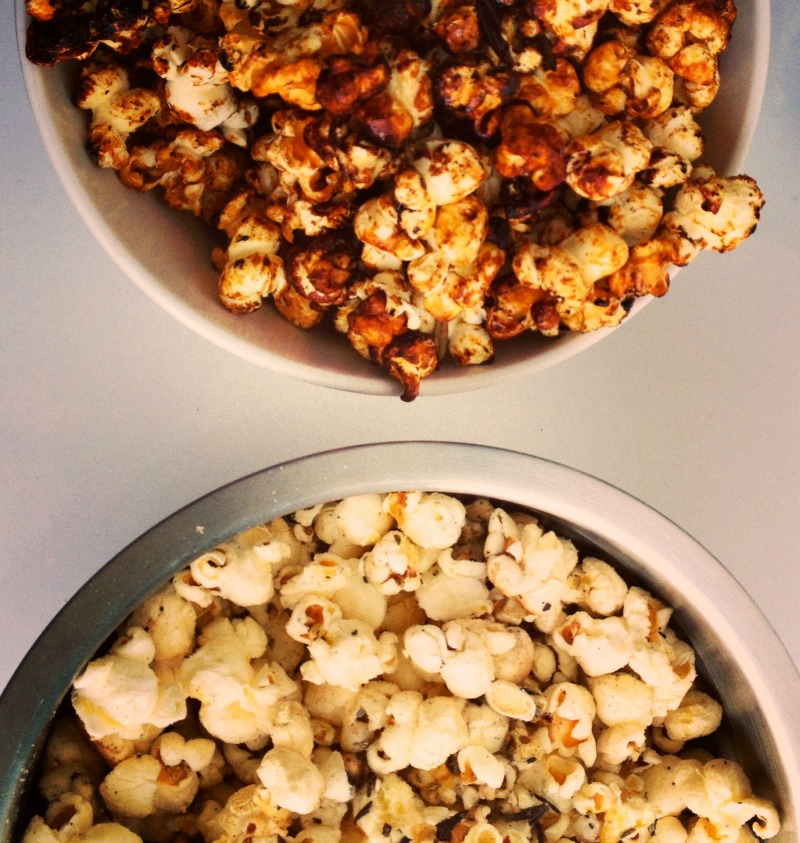 I started with another version of these flavourings. I ended up with burned rosemary, clumps of honey and overly salty popcorn (my boyfriend loved this one though, he loves salty things). The second batch resulted in scorched honey and was bitter and terrible (see scorchiness above). Last, I tried a cinnamon and cayenne flavoured popcorn. The sweet and salty was a nice flavour but every time I ate a piece I aspirated the cinnamon and cayenne powder, which would result in a coughing fit. No good!

Alas, a good recipe for popcorn will save you a lot of headaches and this one is a great one! You only dirty 1 pot and the bowl that you will eat your popcorn in and there is no burnt ingredients or coughing fits induced. It is just sweet, vaguely salty (although you can always increase the salt content if you’re like my boyfriend) and the rosemary flavour is just present enough but not totally overwhelming. Melting the butter and honey together means that there are no clumps and you have an evenly flavoured bowl of deliciousness to enjoy! 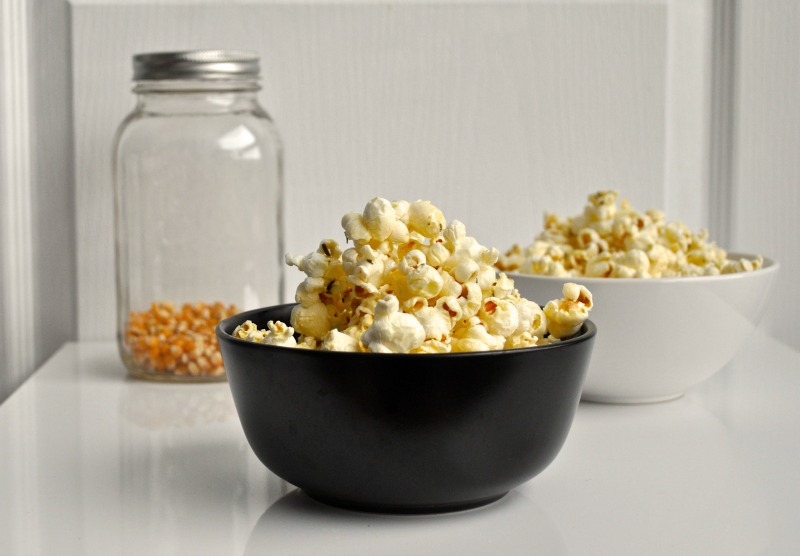 Serving Size: About 4 cups of popcorn

Melt coconut oil over medium-high heat in a small pot (that has a tight fitting lid).

Once kernels stop popping, remove from heat and transfer to a large bowl.

In the same pot add butter, honey, rosemary and salt. Cook over low-medium heat until everything is melted and smells fragrant.

Pour honey/rosemary mixture onto popcorn, mixing until all of the popcorn is coated.