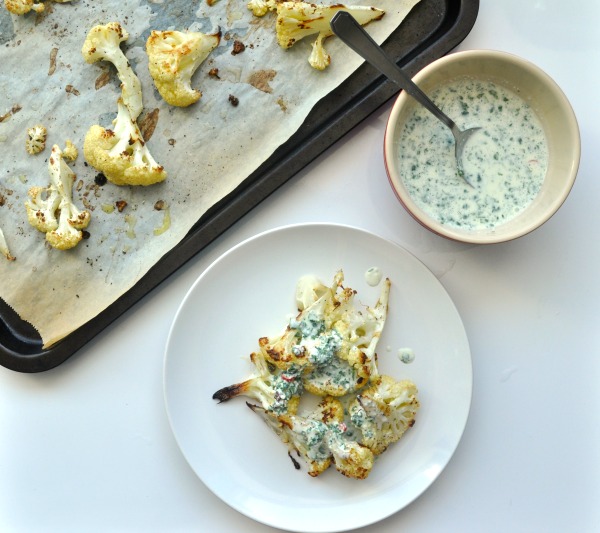 There’s something about cauliflower, artichokes and asparagus that are completely delicious to me. They make me salivate just thinking about them, and have since I was a kid. I realize now that this is kind of weird but I bet that my sisters would say the same. What does this random assortment of vegetables have in common? My mom always served them with a sauce that was basically just mayonnaise, sour cream and lemon juice mixed together. As kids, it was the best thing ever. We would practically fight over the stuff. We couldn’t get enough. 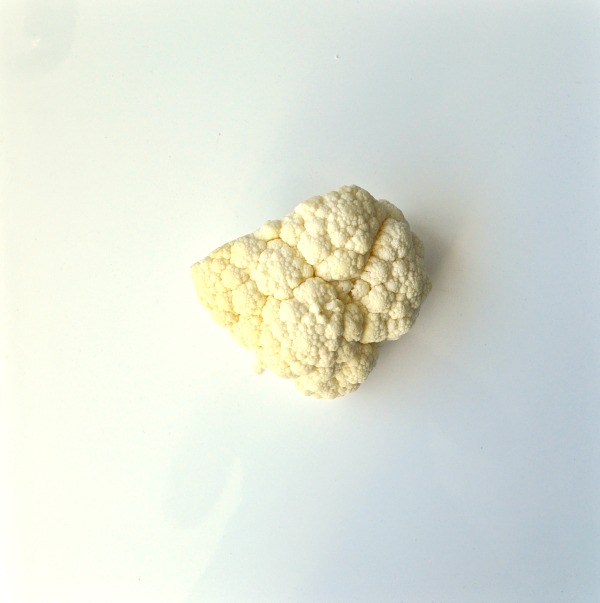 Ever since then, there’s something about those vegetables that I really love. I have definitely won my boyfriend over in terms of asparagus but he doesn’t really see the appeal of artichokes (seriously? doesn’t everyone love artichokes?) or cauliflower (I understand this one a little more). So when I buy cauliflower, I usually just boil it , eat it (all alone) with a lemon, yogurt and salt topping and call it a day. 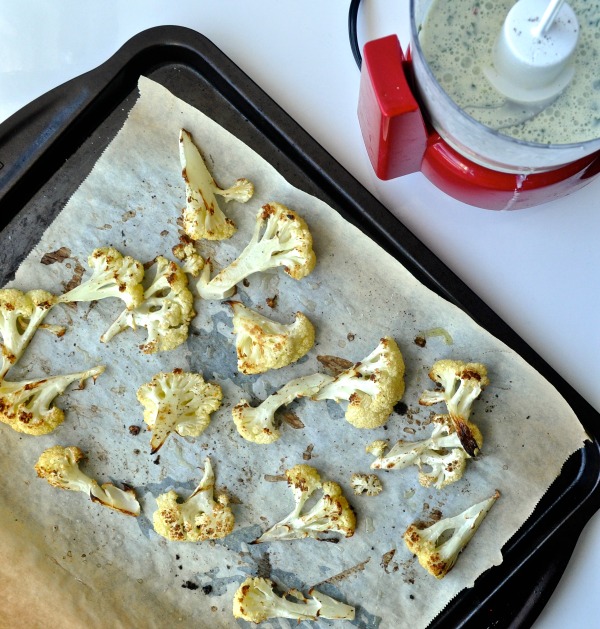 This week though, I thought to myself: if I didn’t have that food memory, how would I go about making cauliflower with a yogurt based sauce? And this is what I came up with. And it was a total success. My boyfriend kept picking at it, asking if he was ‘allowed’ to eat more (no, I am not the food police in our house (well I kind of am), but he was picking it straight off of the plate set up for blog photos). I figured that roasting the cauliflower would automatically give it more flavour than just boiling it, and I jacked up the flavour in the yogurt sauce by adding some feta for a different kind of saltiness, a bit of honey for some background sweetness (which you hardly taste, it just rounds everything out), and some chilli for barely detectable heat. The coriander is completely optional but I thought it added a nice freshness along with the lemon juice. If you’re not a cauliflower lover, you can definitely put this over broccoli, roasted potatoes or a warm salad (I actually used the leftovers over a bowl of quinoa, roasted sweet potatoes and broccoli, delicious!). 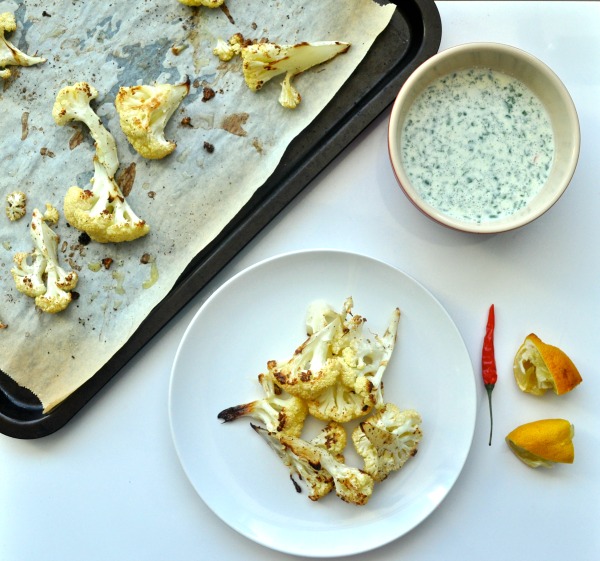 If you have leftover sauce it can be used over any other roasted vegetable or you can do the same thing I did: spoon it over a bowl of quinoa, roasted sweet potatoes and broccoli, yum!

Toss cauliflower florets in olive oil and season with salt and pepper.

Bake for about 25 minutes, flipping them over once or twice, until golden brown.

In a food processor, combine all of the ingredients for the sauce.

Serve with pita or as a side dish.