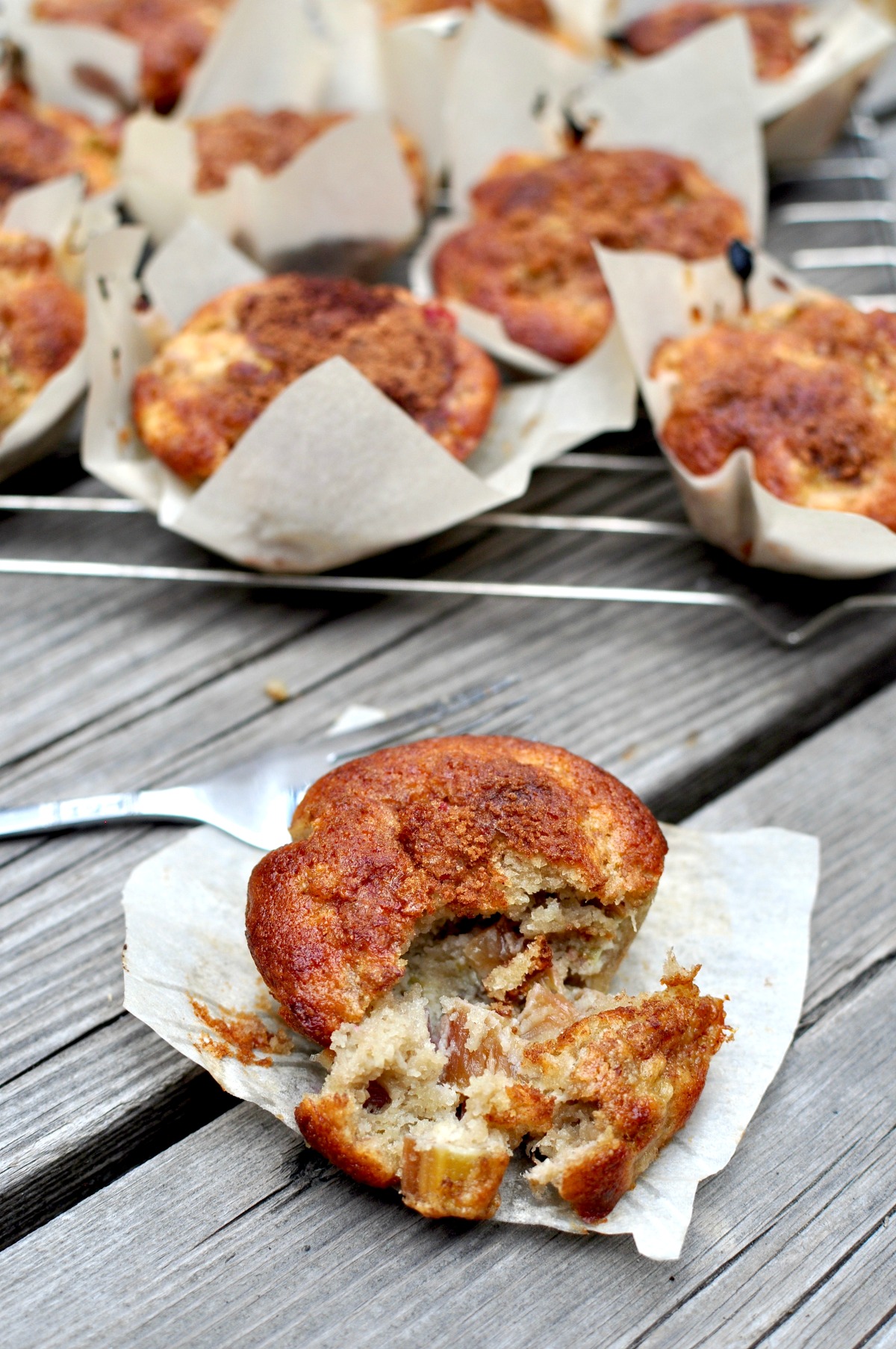 For the past few weeks we’ve been living with our friend in Calgary. We’re moving away at the end of this month but we got rid of our apartment a month too early so we were lucky enough to have a place to stay. One of the great perks of living in this house is the outdoor space. I’ve never even had a balcony, so being able to sit and work on the porch or the backyard has been amazing. Nothing beats fresh air and the neighbourhood cats that come to visit every once in a while. There was even a small family of red robins that build a nest in her tree and I got to sit and watch the babies take their first flight. Basically, the outdoors is filled with the best distractions. To top it all off, she has a small garden with some herbs and rhubarb. The rhubarb wasn’t being used, so our friend suggested that I make some rhubarb muffins so that it wouldn’t go to waste. 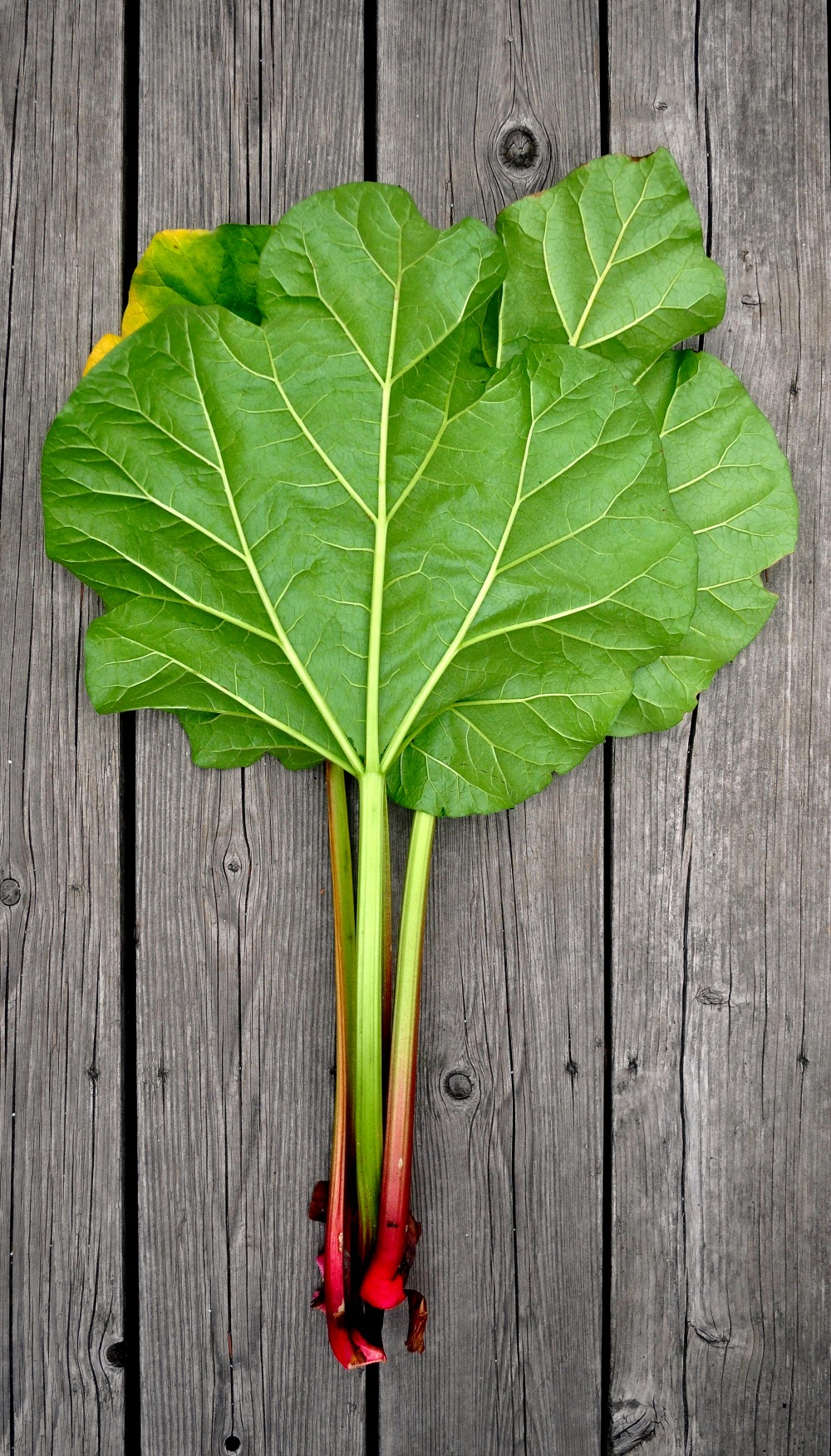 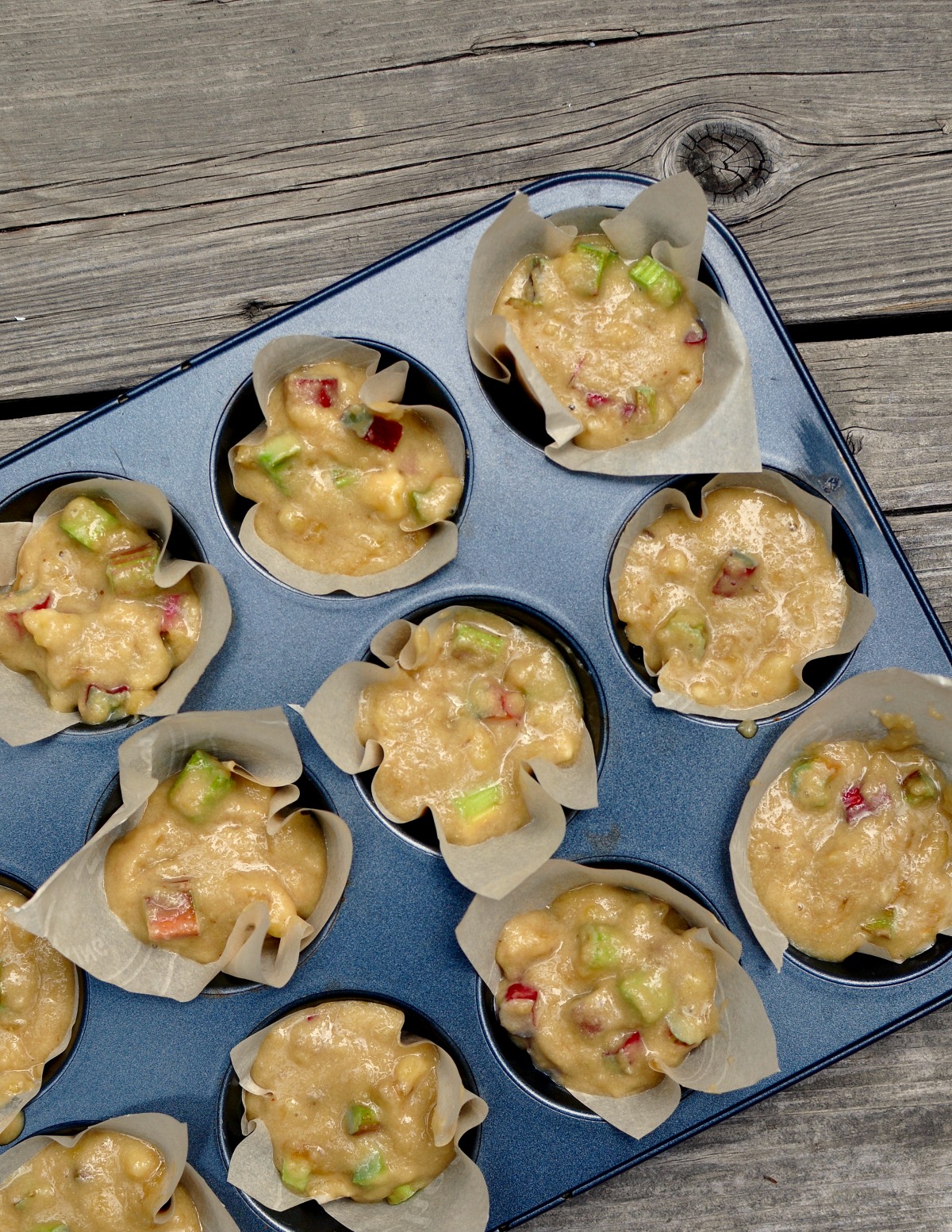 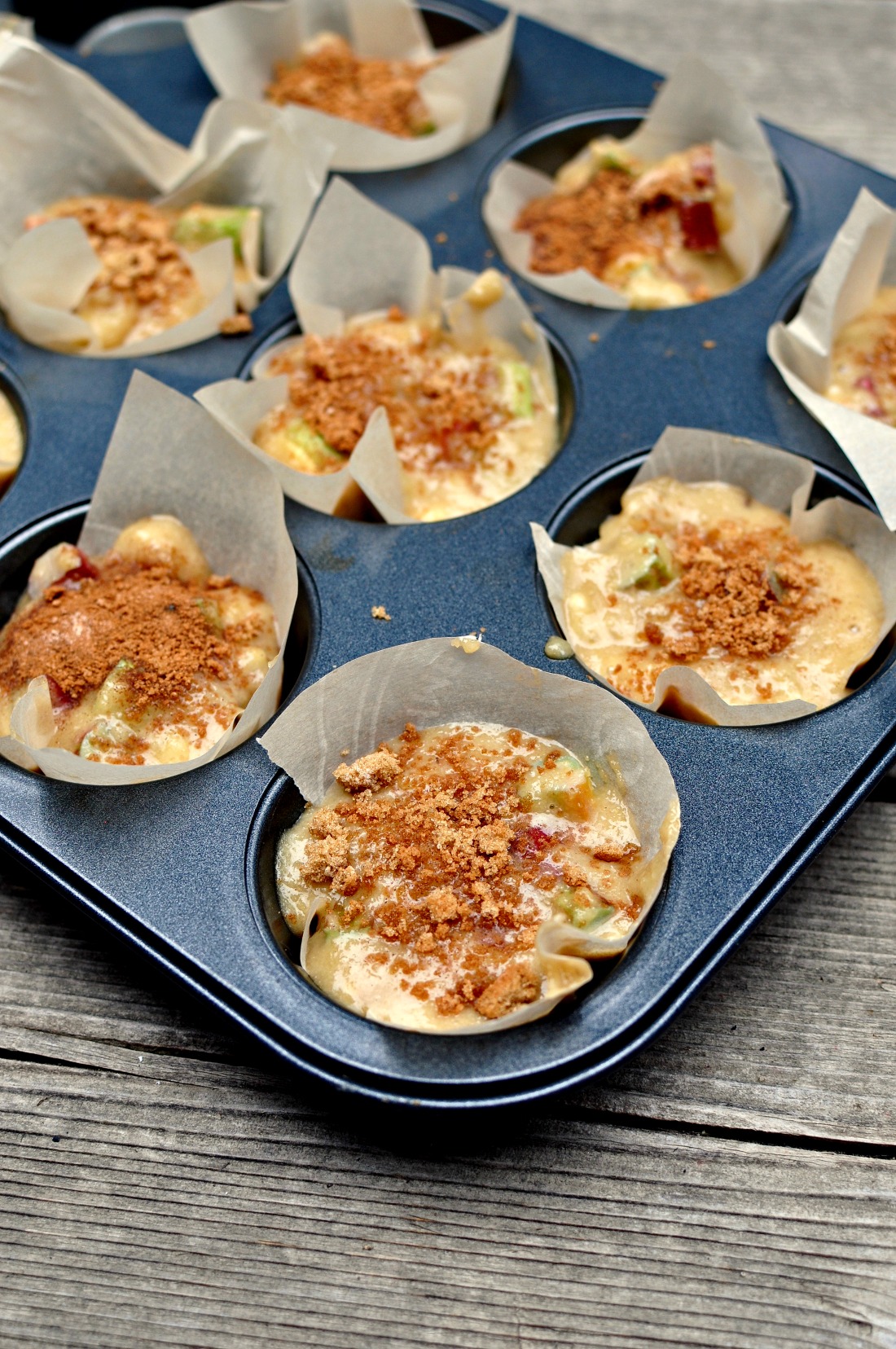 I have never really cooked with rhubarb before. It’s not something that I grew up eating or have any memories of but I figured I could treat it like any other fruit, cut it up into small pieces and let it get all jammy and sweet as it cooks in the muffins. I was extremely unprepared when I made these muffins. I made a few assumptions about what would be in the house. In particular, I thought that there would be some sort of flour hanging around. The only thing I could find was almond meal so these wound up being an almond meal muffin (which also makes them gluten free!). The almond meal definitely changes the texture of the muffin: they are more like moist mini cakes that are studded with rhubarb, barely sweet, with a delicious cinnamon-sugar top. I’m still seeing tons of rhubarb in the farmer’s market here, so if you can get your hands on some before it goes out of season, give these a go! 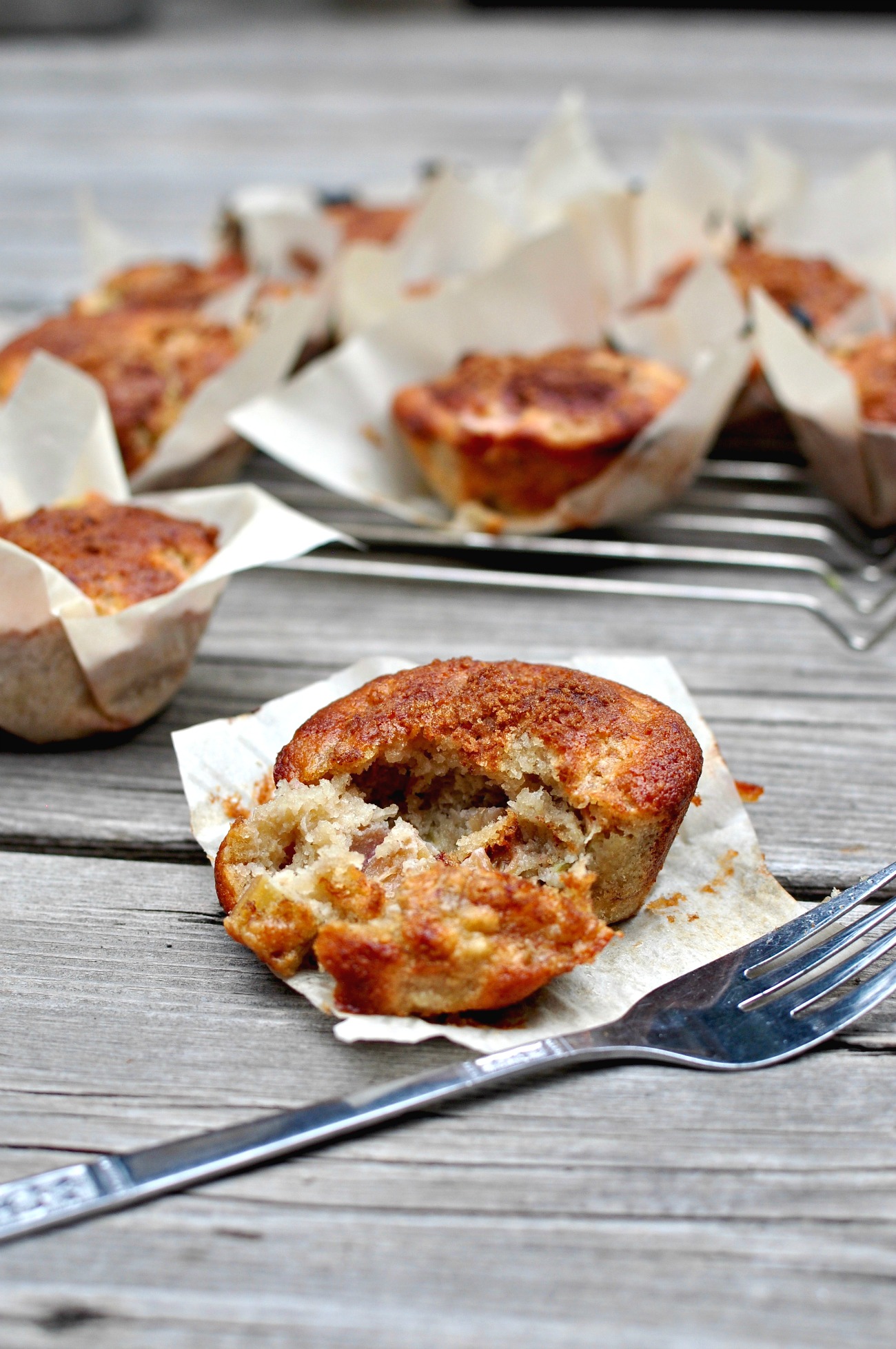 These muffins don't freeze the best. Personally, I enjoyed storing them in the fridge and eating them cold but they should also be fine covered at room temperature.

In a large bowl, mix together the egg and mashed banana.

Add the sugar and coconut oil, mixing until combined.

In a small bowl mix together brown sugar and ground cinnamon.

Spoon muffin batter into a lined muffin tin and sprinkle with the cinnamon sugar.

Bake for 15 minutes, until golden brown and a toothpick comes out clean.

Cool on a wire rack.