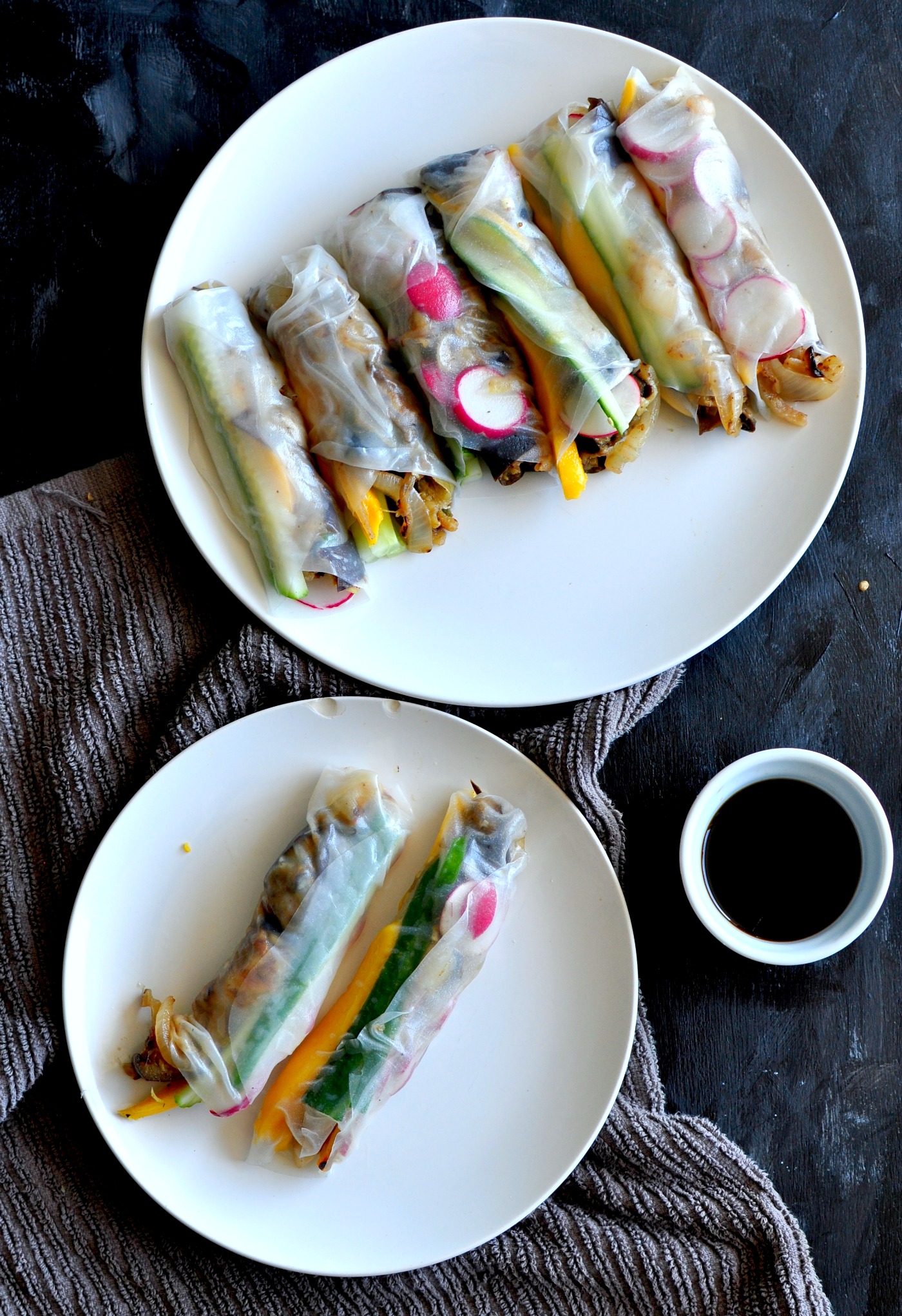 This past weekend, I was at a potluck and had one of the most delicious eggplant dishes that I had ever tried. I immediately had to ask where the recipe was from and lucky for me, it was sitting in Jerusalem, one of my favourite cookbooks. I couldn’t believe that I had overlooked the recipe, but when I found it in my book later that night, I wasn’t too surprised. It was one of the few recipes in his book without an accompanying picture. I am so drawn in by Ottolenghi’s gorgeous photographs that I can’t help but skim over those that are unlucky enough not to have a stunning, colourful, full page photograph right next to it. Either way, I knew I wanted to make the recipe as soon as possible but to make it a full meal, I decided to make eggplant and mango salad rolls for a little twist on a classic. 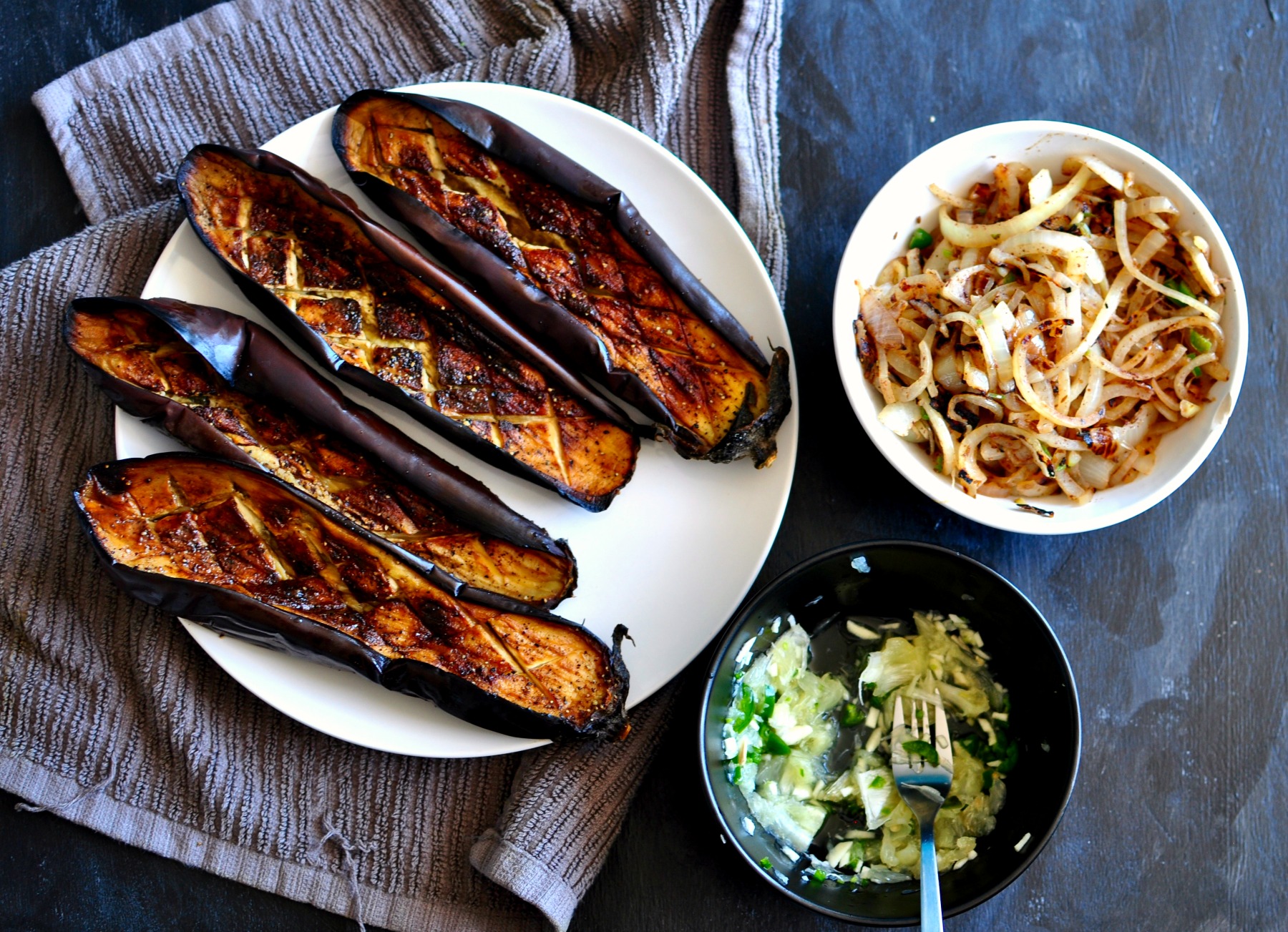 I honestly find eggplant one of the most difficult vegetables to cook. It’s so easy for it to be tough, greasy or chewy. Baking it is definitely one of the best ways to make it and I loved the tip of keeping a shallow baking dish filled with water in the bottom of the oven to ensure that the eggplant doesn’t dry out. As always with an Ottolenghi recipe, combining the perfect amount of spices with a copious amount of onions, lemon, garlic and chilli makes the eggplant part of this dish a stand alone winner. This recipe will make enough eggplant for at least 15 salad rolls but I decided to just make half of that and save the rest to stuff into pitas (slathered with tzatziki) or spooned over rice the rest of the week. 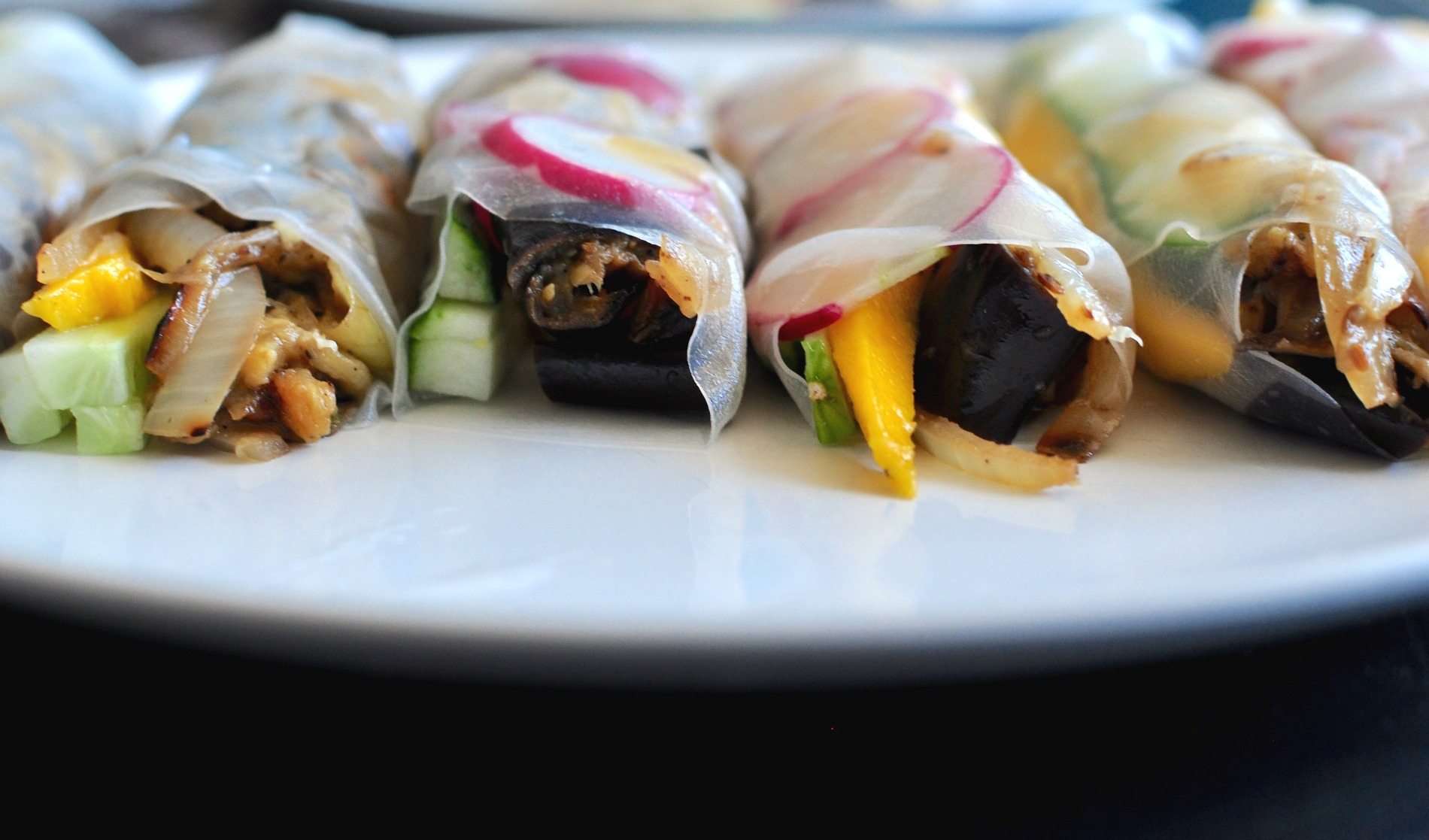 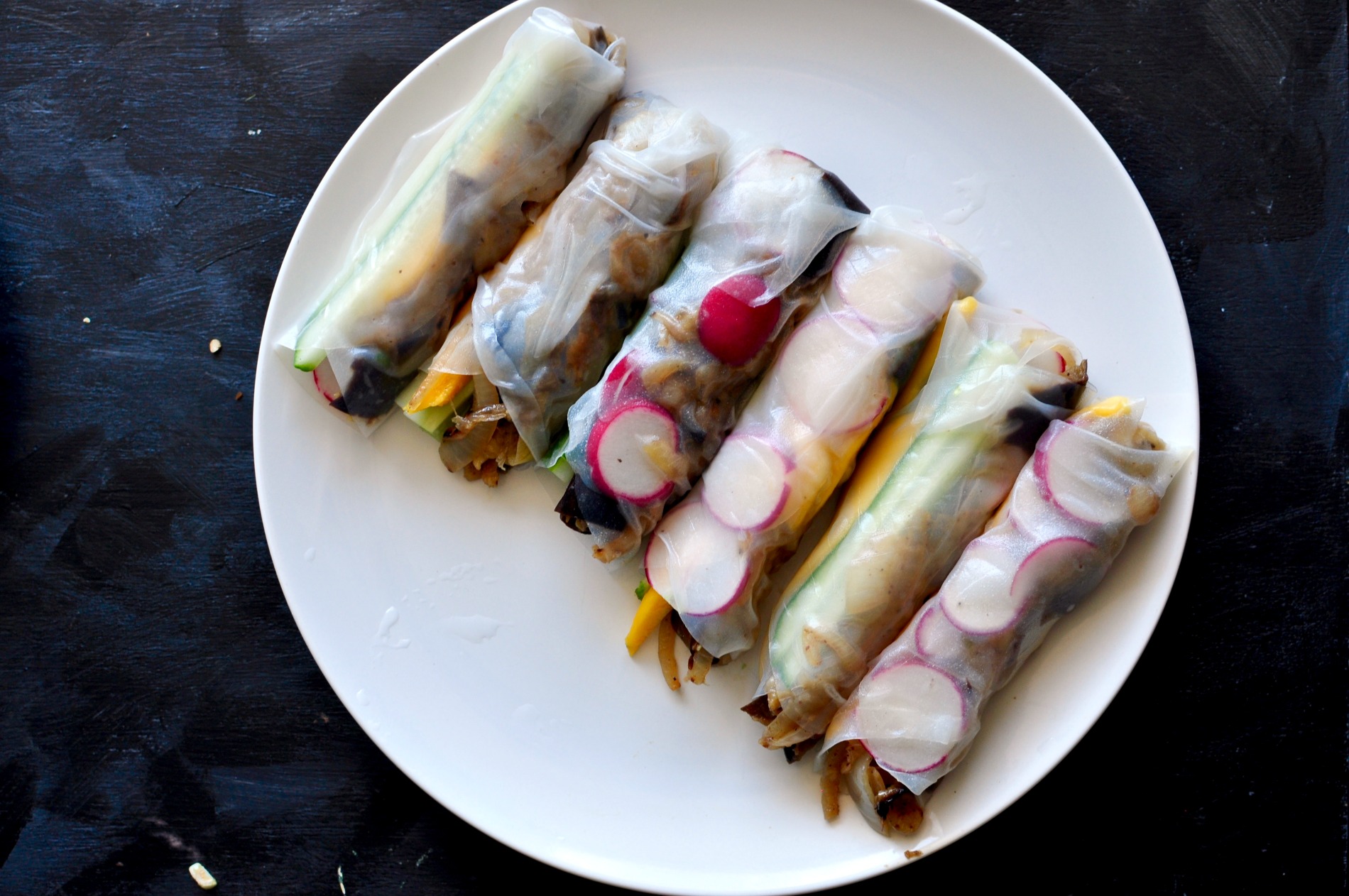 Overall, this is a great salad roll. It has the heft from the eggplant, the crunch and freshness from the cucumbers and radish, and sweet, tangy mango. Eggplant and mango isn’t a combination that you see everywhere but they compliment each other perfectly. One of my favorite potluck dishes is also an Ottolenghi recipe with mango and eggplant. You can’t go wrong. I also really enjoyed a super vinegary dipping sauce to compliment the salad roll but I wondered whether a garlic tahini sauce would also be nice. If you give it a shot, you’ll have to let me know!

This recipe will make a lot of eggplant mixture. I used about half of it to make the salad rolls (eight) and saved the rest to use in other dishes. You can always halve the recipe if you'd prefer!

Cut eggplants in half, lengthwise.

Score the eggplants in a criss-cross pattern.

Brush the eggplants with olive oil and season generously with salt and pepper.

Fill a small baking dish with some water and place on a low rack in the oven (this is to keep some moisture in the oven while the eggplant is cooking).

On a baking tray lined with aluminum foil, bake the eggplants for 45 minutes until charred and softened.

In a large pan, add a splash of olive oil, over medium high heat.

Add the sliced onions and cook, stirring often, until caramelized (about 15-20 minutes).

Combine the eggplant, onions and lemon mixture in a medium bowl. Taste and season accordingly.

Lay wrapper on a plate and place some eggplant mixture, mango, cucumber, and radish in the middle of the wrapper. Don't overstuff!

Carefully fold the bottom of the wrapper and then roll as tightly as possible. Set aside and repeat until you have the desired number of salad rolls. They are best eaten at room temperature.

Mix all of the ingredients together