So, I don’t know if you have heard but it’s Thanksgivingukkah this year! I didn’t think that the spelling around Hannukah could be even more complicated, but Thanksgivingukkah has really outdone itself. Basically, it is the very rare occasion that the Jewish holiday of Hannukah is on the same day as American Thanksgiving. From what I have read (and I have not double checked these calculations myself, so don’t hold me to this!), the last time this happened was in 1888 and it won’t happen again for 78,000 more years. So basically, it’s time to celebrate (and eat lots of food)! 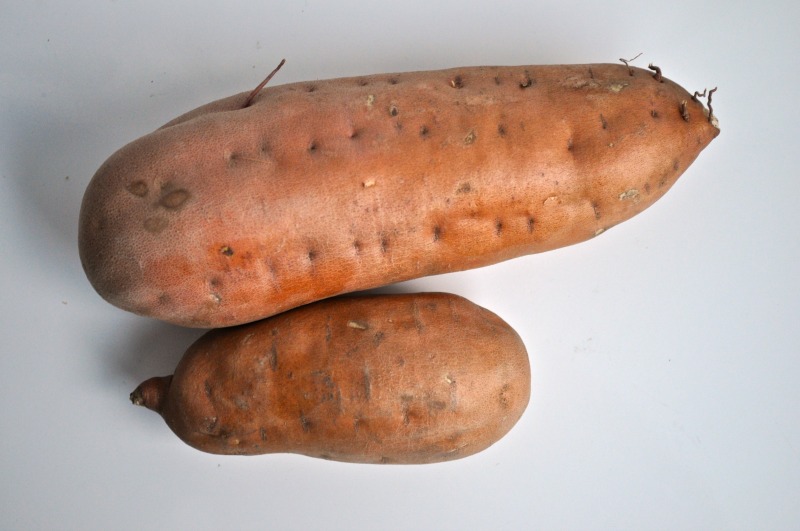 As someone who has celebrated Hannukah throughout their lives but never American Thanksgiving (I am Canadian after all!), to me this means that Hannukah is just really early, more in the fall than the winter, which is very strange (I have always associated Hannukah being around Christmas time). There are plenty of foods that I associate with the holiday but the quintessential Hannukah food in my mind is the potato latke. 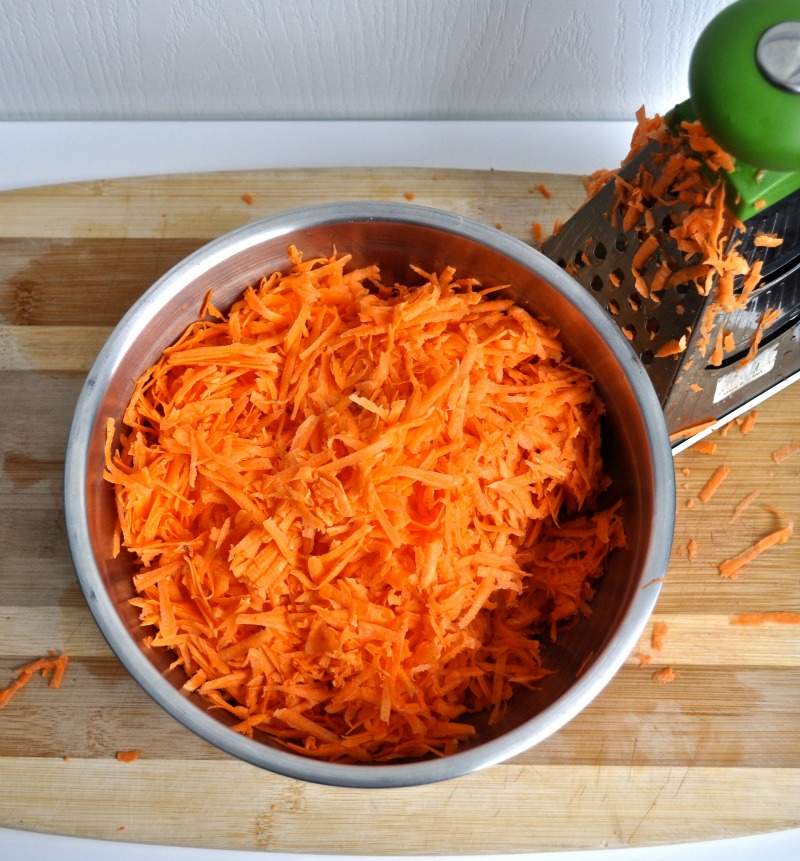 A few years ago, I realized that latkes were basically just fritters that could be eaten at any time of the year. They could be made with all sorts of vegetables (zucchini, parsnips, carrots, a mix of all of the above!), and be served with all sorts of condiments (usually yogurt based in my home). Instead of a once-a-year night of delicious latke eating, I could have them any time I wanted. Since then, I have made a number of ‘latke’ and other potato pancake recipes (see the rosti v. latke argument/resolution). However, the typical potato latkes that my grandmother (and grandfather, they actually use a recipe from my great-grandmother, pretty cool) make are made with regular potatoes and served with applesauce, sour cream and cinnamon, or plain sour cream (depending on whether you are feeling like sweet or savoury). 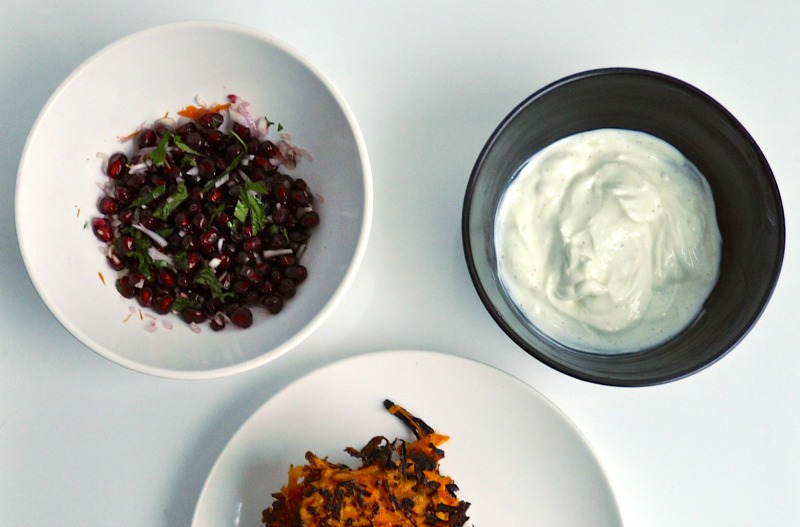 These are a riff on that classic. I wanted to include a fruit and a yogurt sauce. The pomegranate relish is absolutely delicious. I made it the other night with tofu and millet (this recipe from Sprouted Kitchen). Even if you don’t make these latkes, you have to try this relish. The latkes are an adaptation of a basic recipe from Smitten Kitchen but I replaced the baking potatoes with sweet potatoes (along with a few other tweaks to make them less batter-y and more crispy). I think it gives it more of an autumnal feel and the sweetness is great. If you aren’t too entrenched in the classics, I would definitely try it. They are also a lot drier than regular potatoes so you don’t have to wring them out like you normally do- they crisp up nicely all on their own.

I hope that everyone has a wonderful Thanksgivingmukkah and for all of those who aren’t celebrating, I hope that these end up on your table regardless. 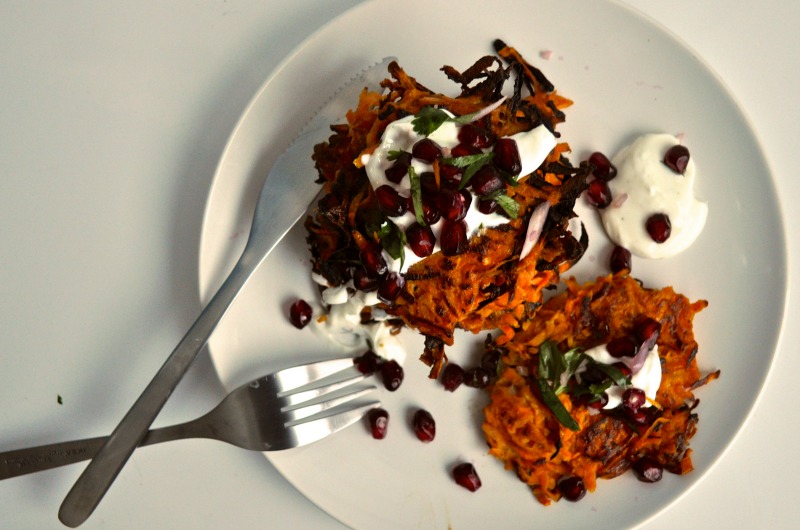 I tried to bake these and it definitely didn't work as well as frying them.

The trick to getting crispy latkes that are all in one piece is to put the potato mixture into hot oil and not fiddle around with it too much. You want a brown crust to develop before you flip it over. Personally, I like the ones that are almost burnt and super crispy, but if you're not into that just keep an eye on the temperature of your pan and you'll end up with crispy, sweet, latkes.

Grate sweet potatoes and onions. Place in a large bowl.

In a pan, on medium-high heat, heat up about 2 tablespoons of oil.

Using 1/4 cup to measure, place latke mixture into pan, pressing the mixture down so that it's quite thin.

If you are serving these at a later time, reheat in a 350F oven.

Mix all ingredients together in a bowl

Mix all ingredients together in a bowl.

One thought on “Sweet Potato Latkes and Pomegranate Relish Recipe”