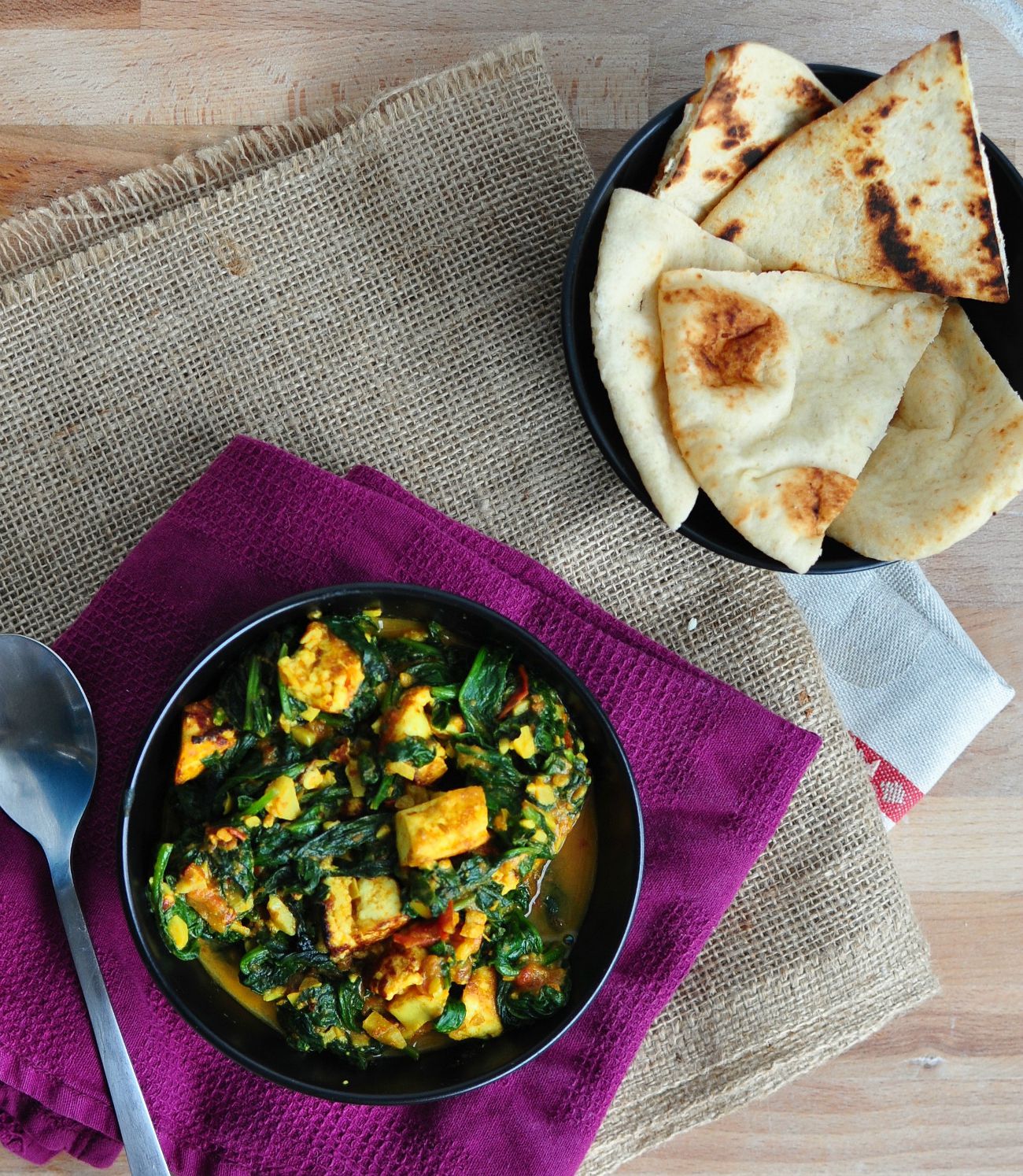 One of our friends is a complete expert when it comes to Indian food. Since we’ve been here, she’s hosted a couple of feasts at her apartment. It’s mind blowing to me that she can make so many diverse, vegetarian (!) dishes, all by herself. On the surface most of her food seems super simple but as soon as you eat it, you know someone with a knowing hand cooked them. A couple of weeks ago, we decided we would host one of these feasts together. I will be an extra pair of hands (grasping at as much knowledge as humanly possible) but she is definitely in charge of the recipes. Even though our dinner is a couple of weeks away, I got so excited about it, that I had her bring me to a specialty Indian grocery store to show me the spices, produce and other treats that I have sometimes come across but have no idea what to do with. I restrained myself and came home with a few new spices and different types of lentils to play with. With no capability to freestyle, the first thing I did was dust off my old copies of Vij’s at Home and Madhur Jaffrey’s Quick and Easy Indian Cooking. I’ve promised myself that I will cook Indian once a week so that I can actually work through the dozens of recipes that I have marked with post-its. 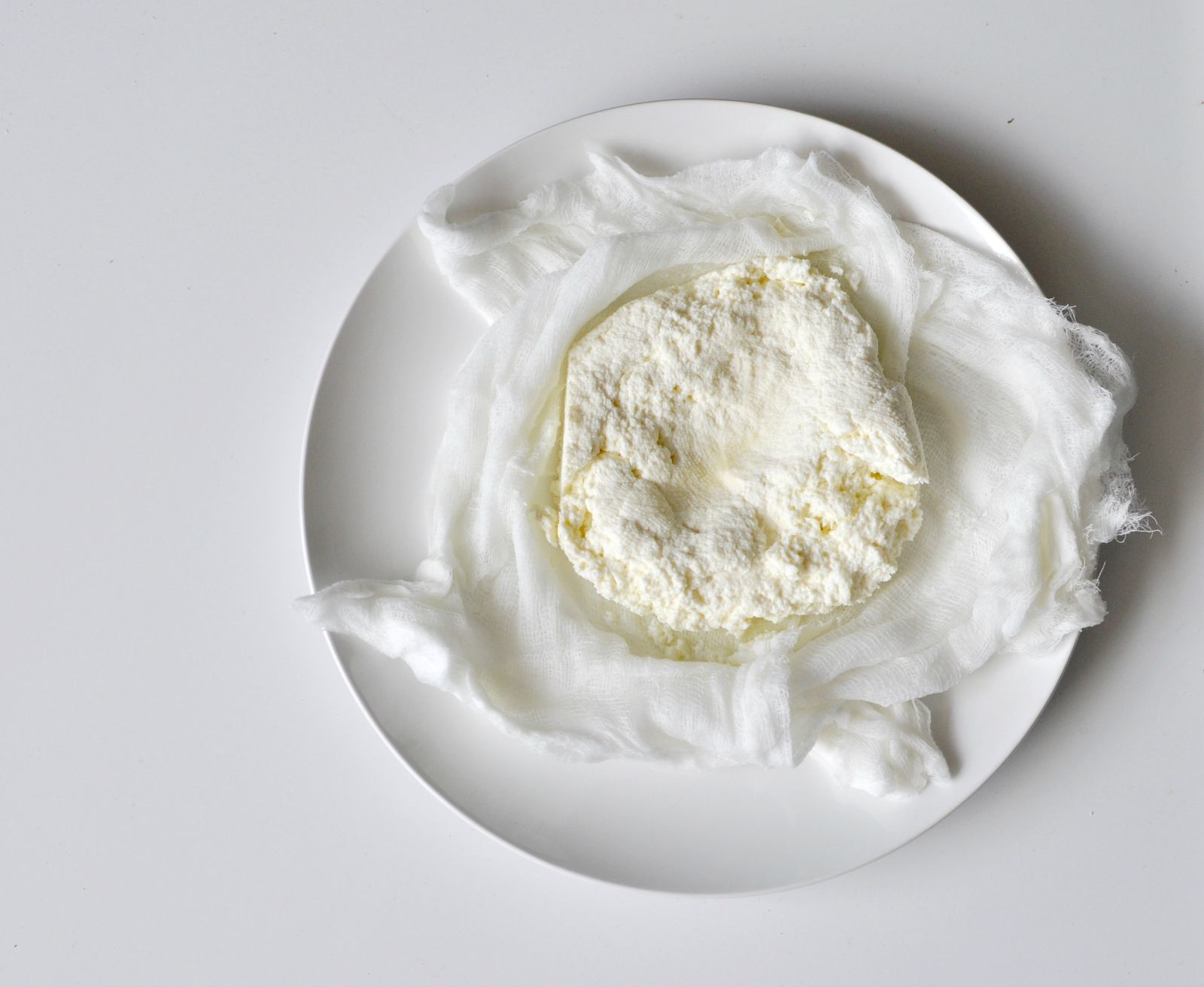 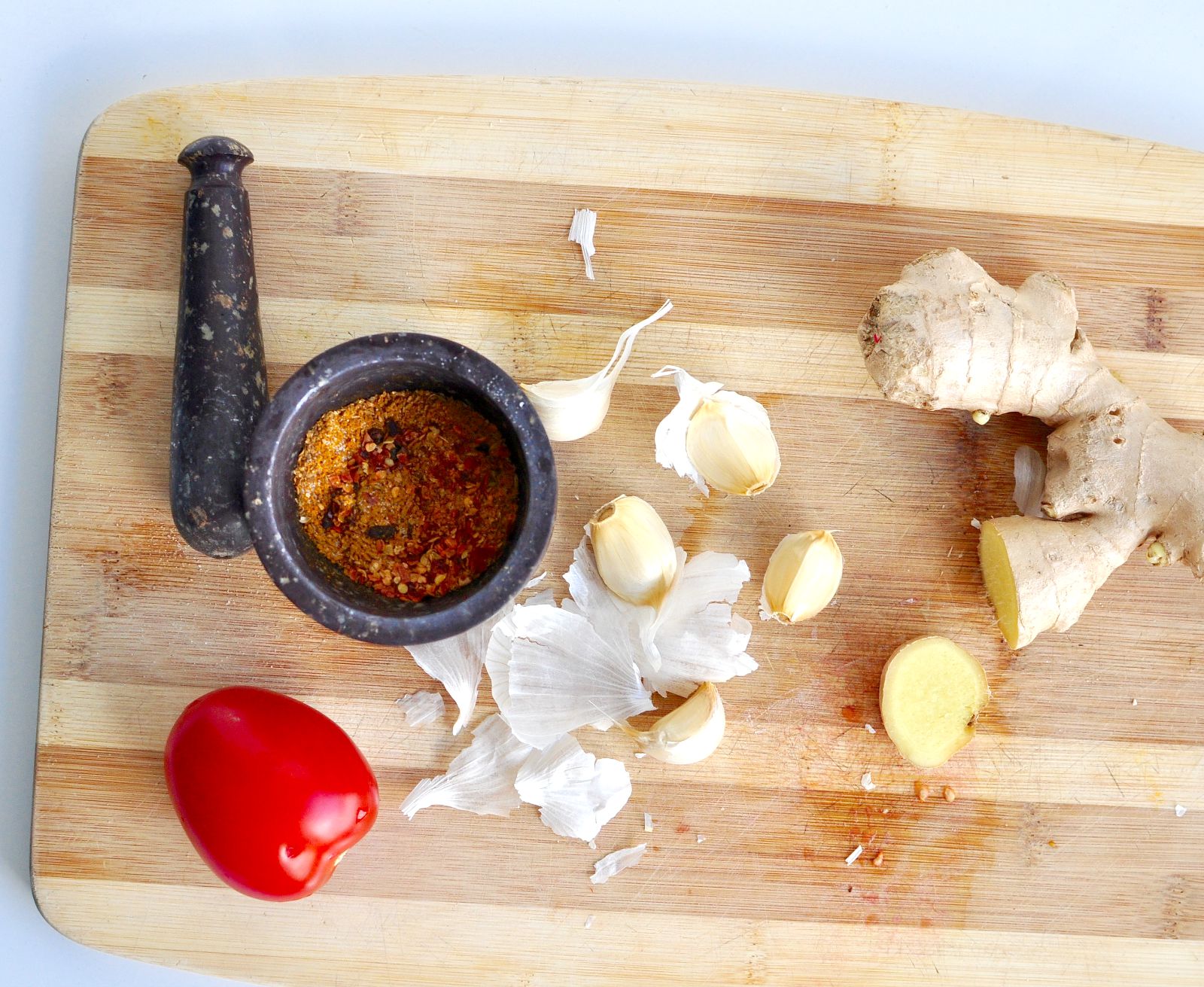 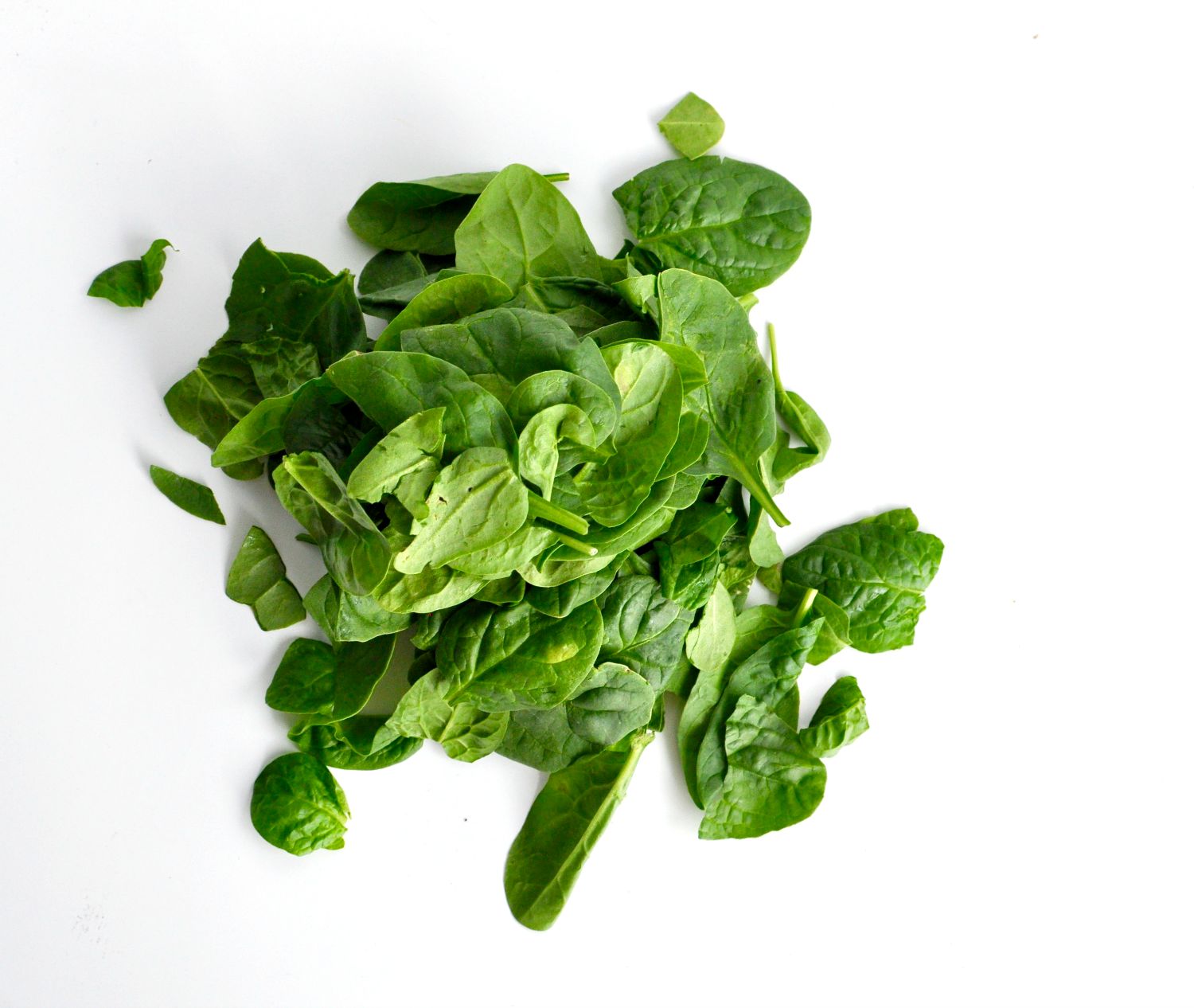 One of the first things I wanted to make was Saag Paneer. When we were standing in line at the cash, I told her I was just going to run and get some paneer before we left. She told me not to bother, that it was way tastier and super easy to make at home. I felt up to the challenge so I passed on the store bought stuff. I haven’t made cheese before and wasn’t really sure what to expect. Luckily, there was a recipe for it in Vij’s at Home and I followed it exactly. As promised, it was super easy. All you do is bring some milk to a boil, add vinegar, let it separate and drain it in a cheese cloth. You weigh it down with a heavy pot for as long as you want: shorter = softer cheese, longer = firmer cheese. I went the firmer route because I knew I wanted to fry it lightly for the recipe. It turned out perfectly and is one of those recipes that is super convenient if you are just hanging out at home. It’s very little work but it takes a bit of time. 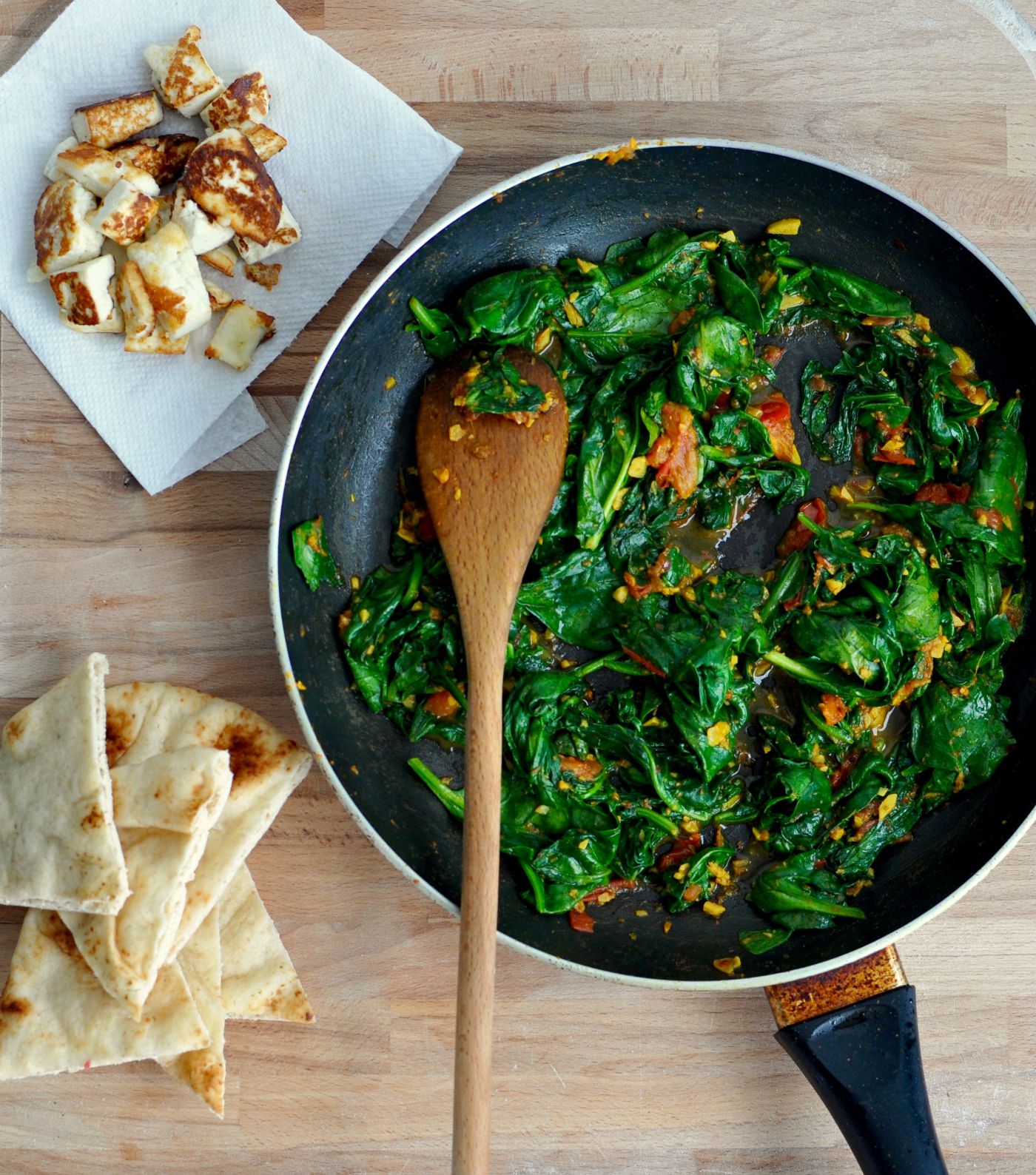 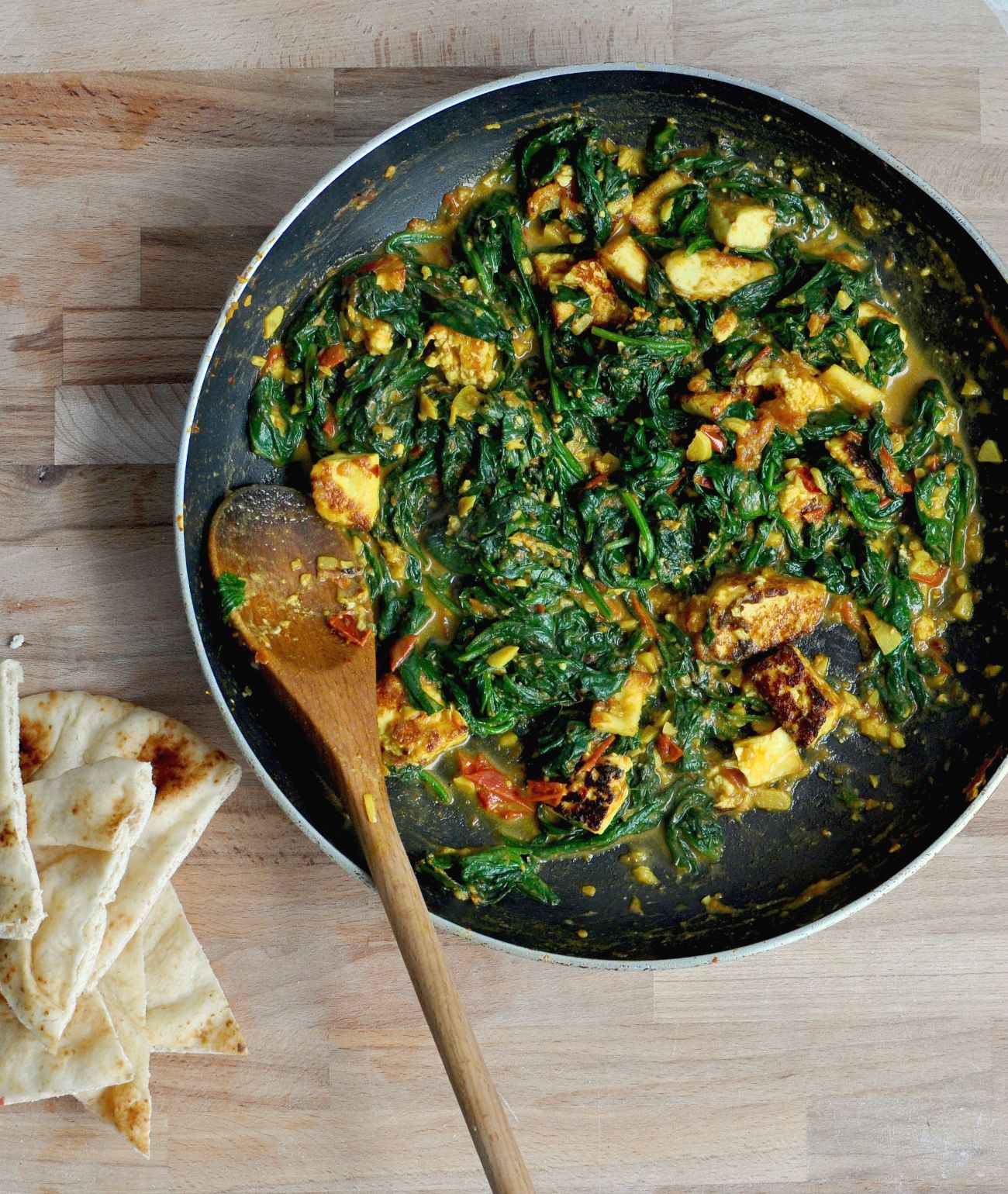 I have no idea if the recipe below is a traditional version. I doubt that it is because the recipe in Vij’s cookbook is presented as untraditional and I strayed from that a bit. Basically it’s a nicely spiced, slightly creamy spinach dish topped with homemade, crispy-edged paneer. If you haven’t had paneer before, it doesn’t melt or go gooey and tastes very mild. It is a wonderful textural element and makes this feel like a complete meal, rather than a bowl of very tasty spinach. As always, the mountain of spinach will look ridiculous until it cooks down to a shockingly small amount (in comparison). The yogurt at the end tames some of the intensity of the spices and adds a lovely creaminess. This saag paneer is perfect, scooped up with some warm naan. It’s a totally satisfying and a super quick, one pan meal to throw together (as long as the paneer is ready to go!). 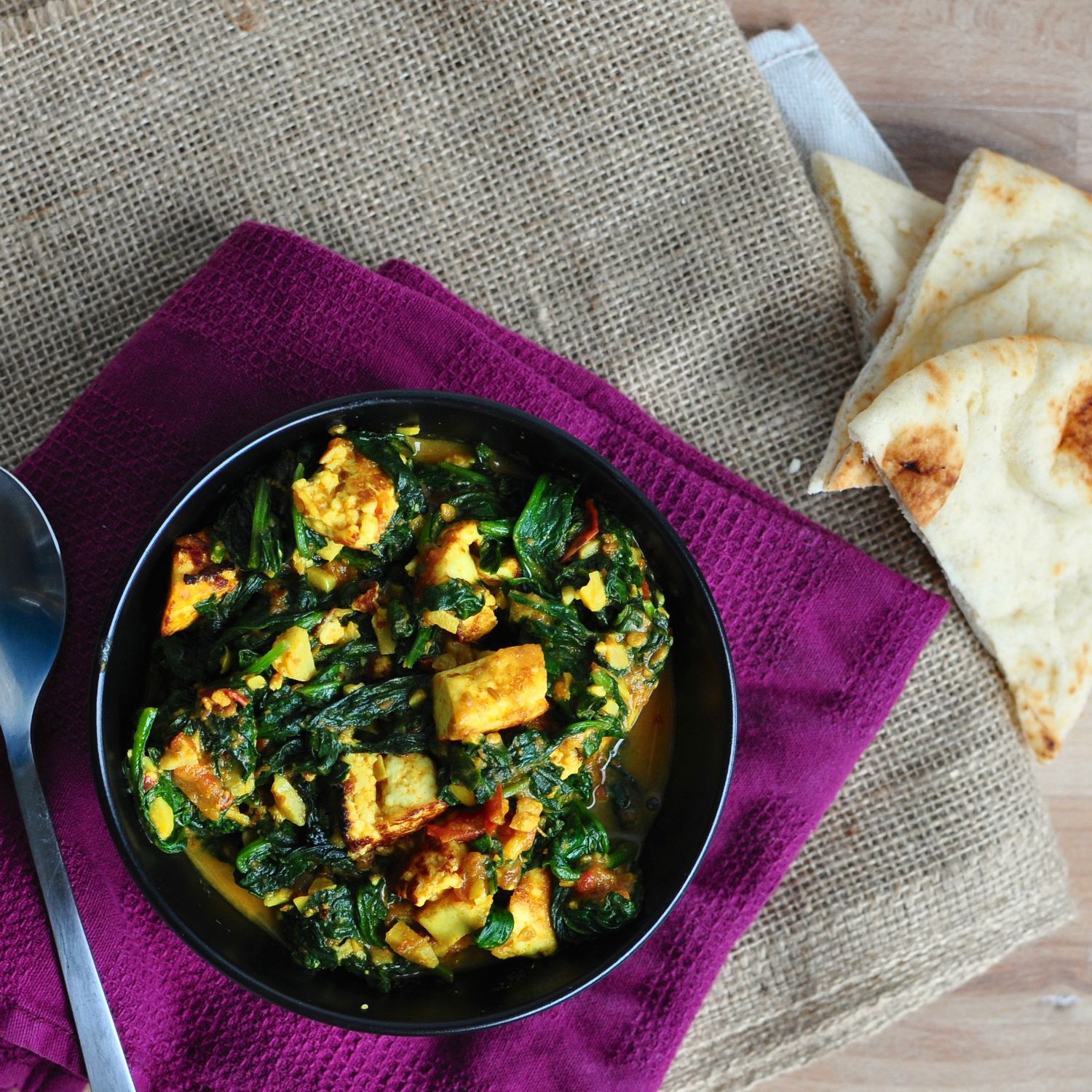 Serving Size: Serves 2 as a main

Adapted from Vij's at Home

Once the paneer is made, this is a super fast dinner to throw together. I found that making the paneer was a lot easier than I expected, so if you have the time, give it a go. Otherwise, it is totally fine to use store-bought paneer.

I substituted about half of my greens with finely chopped baby swiss chard (stems removed). Feel free to do the same, it was delicious.

In a large pan, over medium-high heat, heat up 1 tablespoon of oil. Fry paneer until golden brown on all sides. Remove paneer from pan and set aside.

Add spinach and cook until fully wilted and spices are incorporated (about 3-4 minutes).

Stir in yogurt and paneer, cooking until all heated through and incorporated (about 2-3 minutes)

In a sauce pan, over medium-high heat, add water. Add milk (do not stir).

Let the milk come to a boil. It will take about 15 minutes. Watch the milk carefully.

When the milk comes to a boil it will start to foam. Once there is about 3 inches of foam (this will happen very quickly), pour in the vinegar. Make sure to pour the vinegar across the entire top of the milk (you don't want it poured in just one space but you don't want to stir it).

Take the milk off the heat and let it sit for 10 minutes so that the milk solids can start to separate.

Line a colander with cheese cloth that is folded onto itself (so that it is double thick).

Slowly pour the milk into the colander and let it drain for 15 minutes.

Place the paneer/cheesecloth on a large plate, fill your pot halfway with water and place the pot on top of the cheesecloth (to weigh it down).

For firm paneer, keep the pot on it for 1 hour.

Use the paneer right away or wrap tightly in plastic wrap and store in the fridge for up to 5 days.