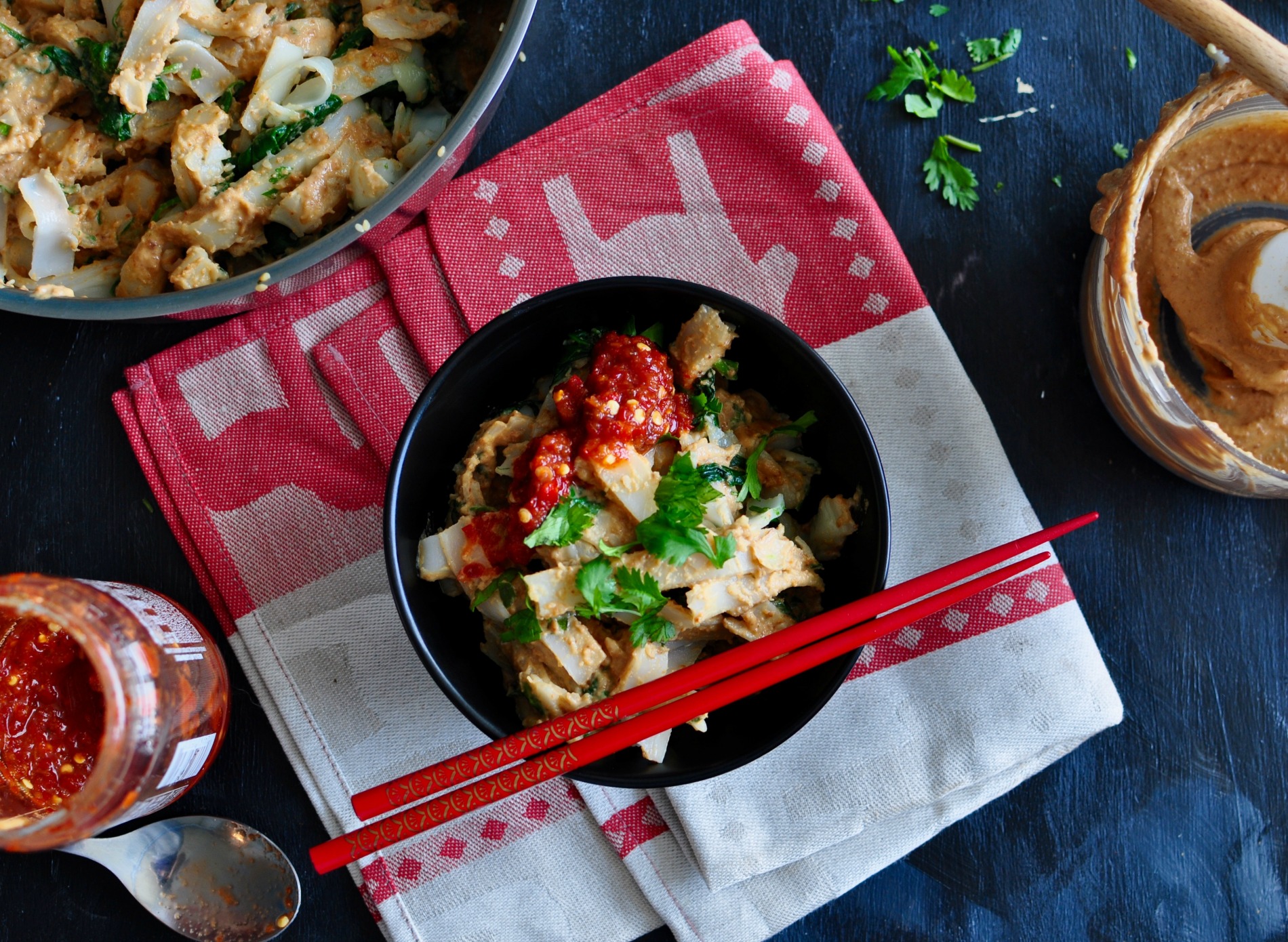 A few days ago I was scouring Lady and Pups’ website for recipes that use black sesame. For some reason a recipe of homemade wontons swimming in this peanut sauce came up, and I knew that I had to make it immediately (the black sesame creation will be coming soon!). Not only did the peanut sauce look amazing, but I’ve had a bag of peanuts sitting on my shelf for months now. We’re moving soon and I am trying to get through all of the dry ingredients that I have stockpiled over the months (same reason that I was looking for a black sesame recipe!). Out of all of the nuts that we go through on a consistent basis, peanuts is not one of them and I couldn’t think of any better way to use them up. 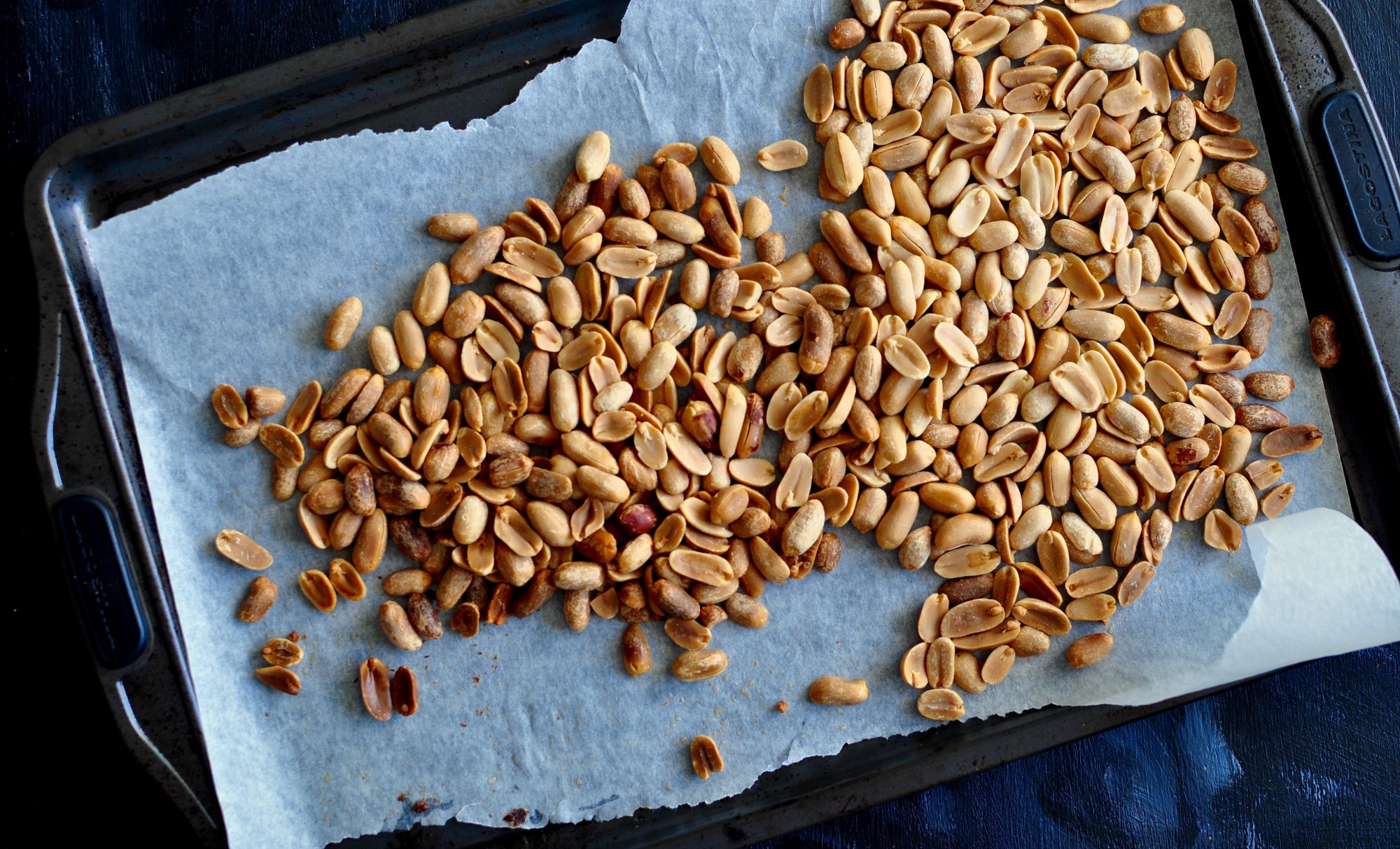 I make noodles with peanut sauce often enough but this peanut sauce was nothing like I have ever made before. Usually my sauce is hastily made with pre-made peanut butter, whisked roughly with a fork, and is only thinned down with the other flavourings (i.e. soy sauce) in the sauce. While this does not replace that equally delicious sauce, this one is way silkier. The photos reminded me of the smooth dumpling sauce that I always had at Chinese restaurants when I was a kid. Instead of going the dumpling route (which you could easily go if you want!), I wanted to make this for a quick and simple dinner instead. I immediately though of making rice noodles with peanut sauce because the noodles have the same slippery, chewy texture as a wonton or dumpling wrapper. It seemed like the perfect, easy pairing for the peanut sauce. 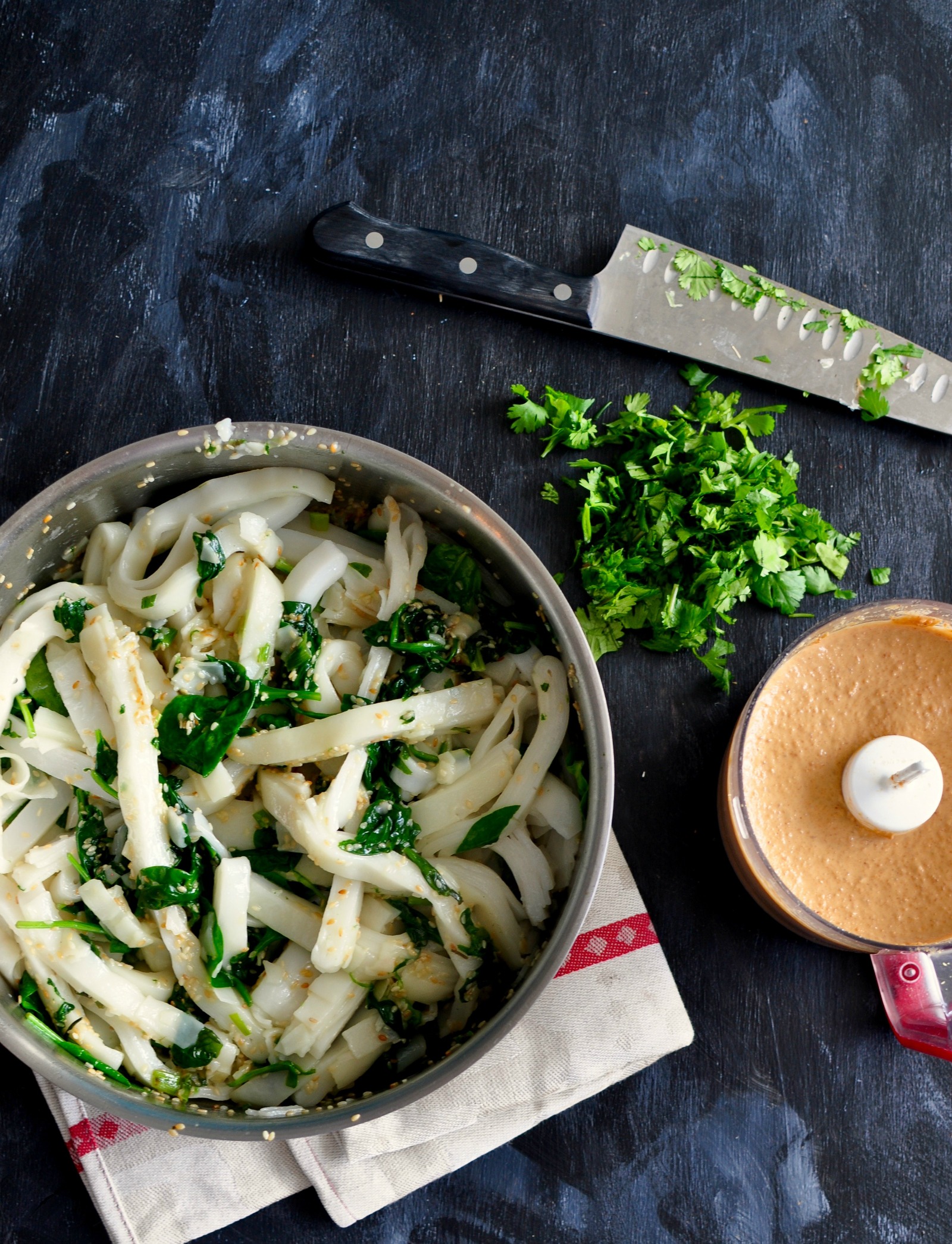 This sauce is everything that I wanted it to be. It is nutty, smooth, creamy, and slightly sweet. I love it balanced with a dollop of our favourite hot sauce and a generous drizzle of toasted sesame oil. Although you could easily eat a totally pared down version of this, adding a bit of spinach, green onion and fresh cilantro makes everything a little more interesting but ensure that it is still as simple as it gets. I also through in a few slices of tofu skin. This can easily be left out, I know it’s less common as an ingredient. We were just at an Asian grocery store, and the unusual texture and ability to soak up all of the flavours around it make it our favourite tofu-related ingredient (all of that to say, if you’re able to get your hands on it- also called tofu sheets- you should give it a try!). 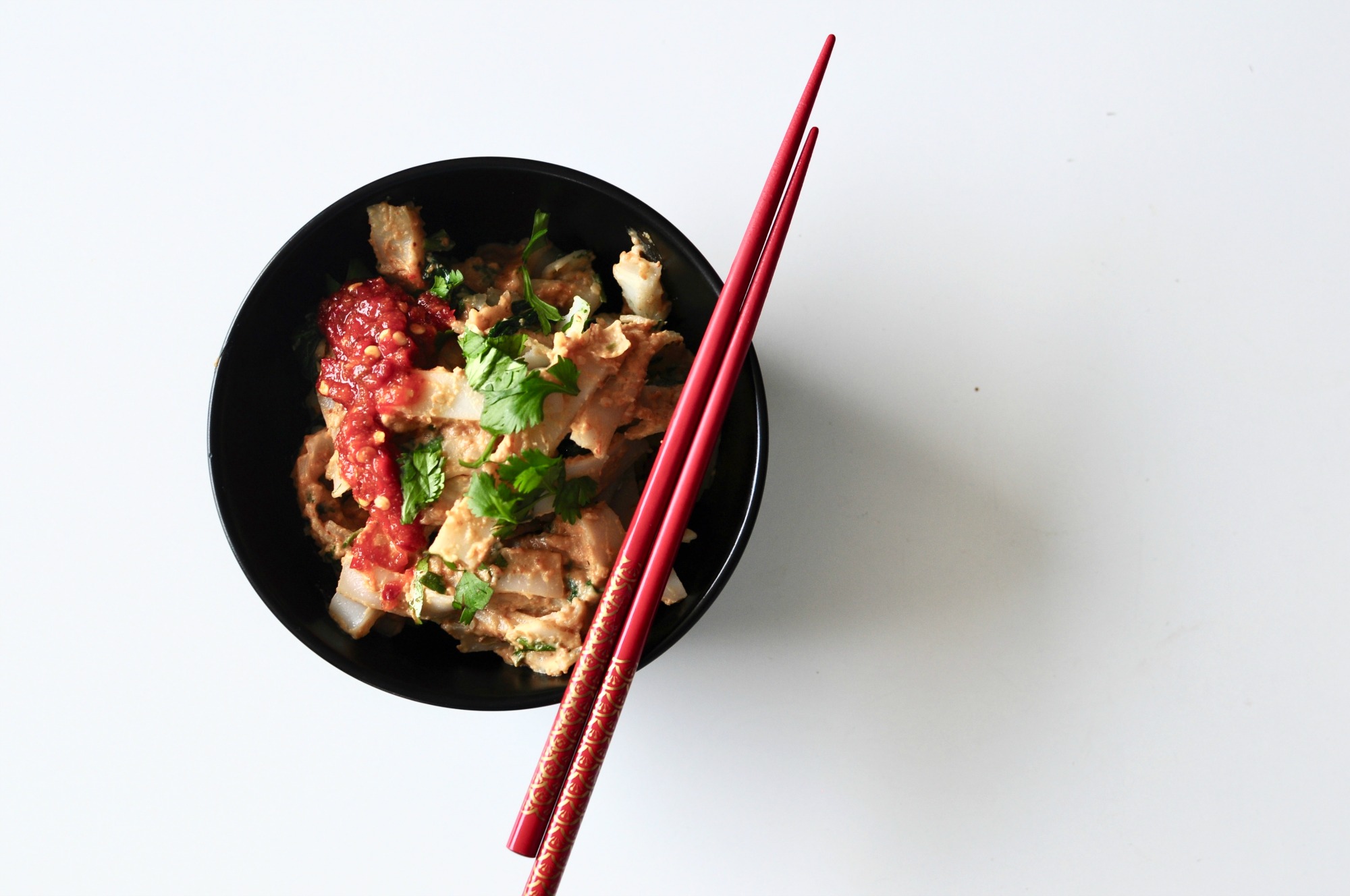 Peanut sauce from Lady and Pups

This dish is great hot, at room temperature or cold.

Place peanuts on a parchment lined baking tray and roast in the oven until golden brown (about 20 minutes).

Remove peanuts from oven and allow to cool.

In a food processor, blend peanuts until they become a paste. Add garlic, soy sauce, sesame oil and salt and blend until smooth.

In a large pan, toast the sesame seeds over medium-high heat until golden brown and fragrant.

Add a splash of peanut oil, the spinach, the spring onions and the tofu skin. Saute until the spinach has wilted.

Transfer noodles to a bowl and top with chopped fresh cilantro, a drizzle of sesame oil, and a dollop of your favourite hot sauce.