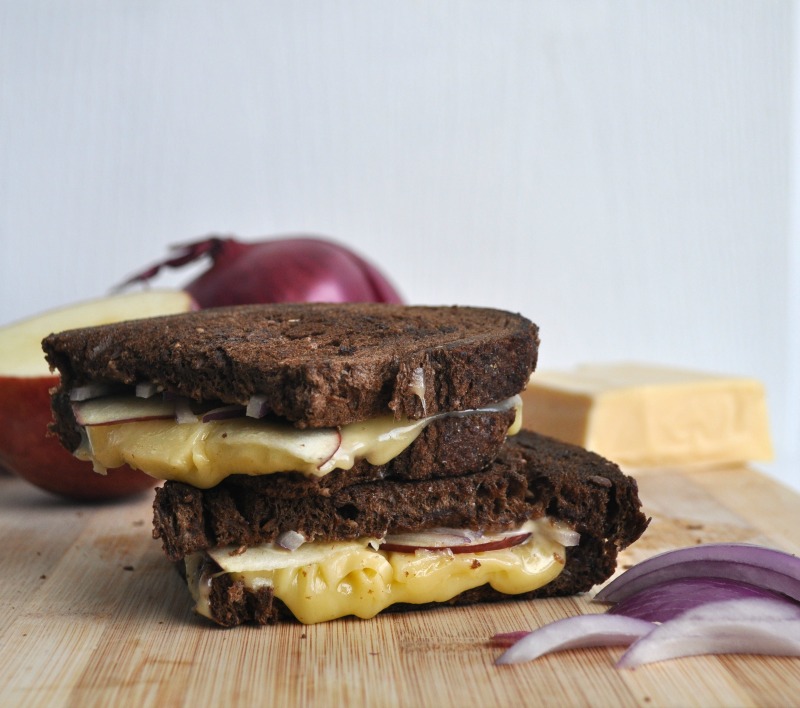 I never have bread in the house (as I had mentioned previously), we don’t go through it quickly enough but when the craving for french toast or grilled cheese strikes I typically, deeply regret this reality. However, I do sometimes have tortillas on hand, which are kind of just as good. They definitely aren’t as satisfying to eat and are completely unsuitable for french toast, but they do serve as a decent carb vessel for some delicious fillings. Every single day last week I ate a toasted tortilla with some vegetables and cheese. I normally snack all day long and don’t really sit down to have a meal, so it was a nice change of pace. The best version by far that I had was a red apple, onion and gouda combination.