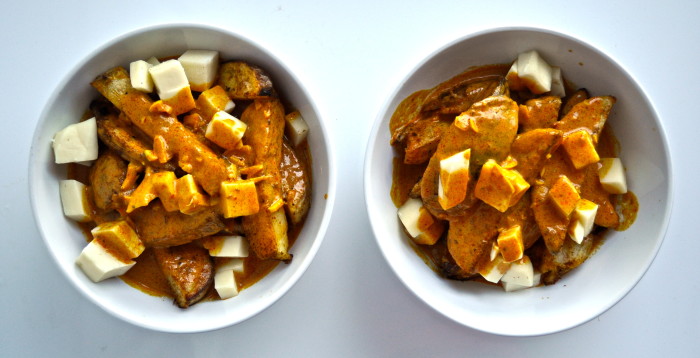 A couple of weeks ago I helped my boyfriend make his lunch for the week. We made chicken, butter chicken sauce, Indian spiced mashed potatoes and swiss chard and radish salad. His lunches are pretty much always very meat-centric so I never taste them, let alone eat them myself. However, I couldn’t stop snacking on the mashed potatoes dipped in the butter chicken sauce. It was ridiculously good, I literally couldn’t stop eating it. I even ate some throughout the week, even though I felt bad for depleting his lunch supplies. 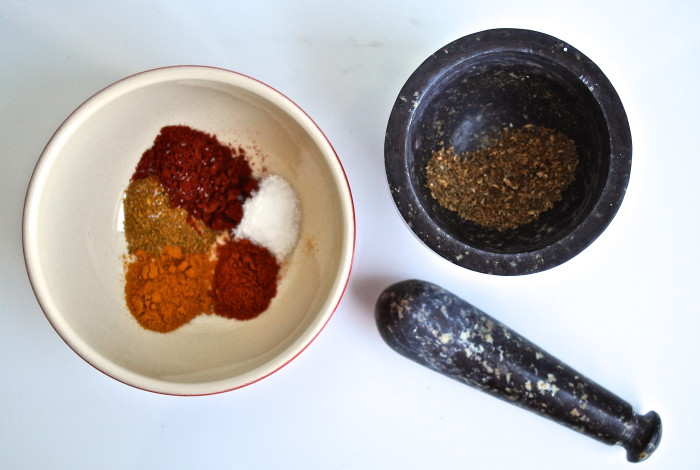 When I said I wanted to share the mashed potato and butter chicken sauce recipe here, he suggested that I make an Indian-style poutine instead. If there was any way to make that dish better, this was it. Poutine is a Quebecois dish that is made up of fries, gravy and cheese curds: a dish I always think of when I think of Montreal. The cheese curds are usually white, ‘squeaky’ cheese that only partly melts in the steaming hot gravy and fries. 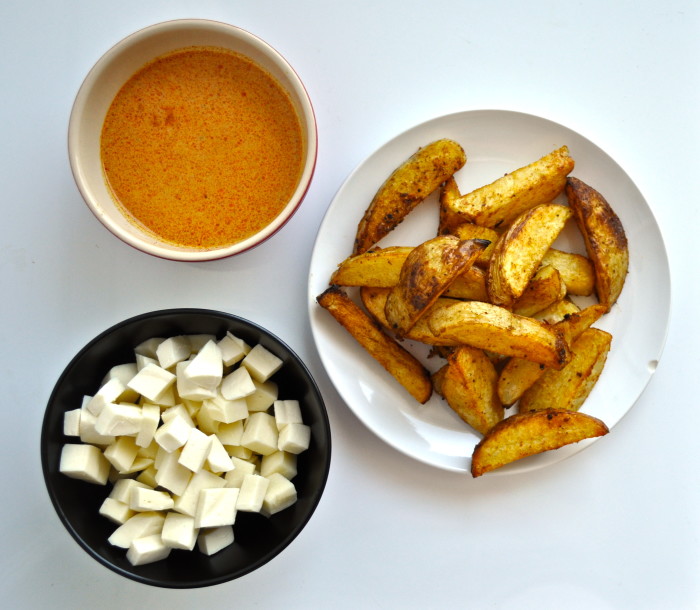 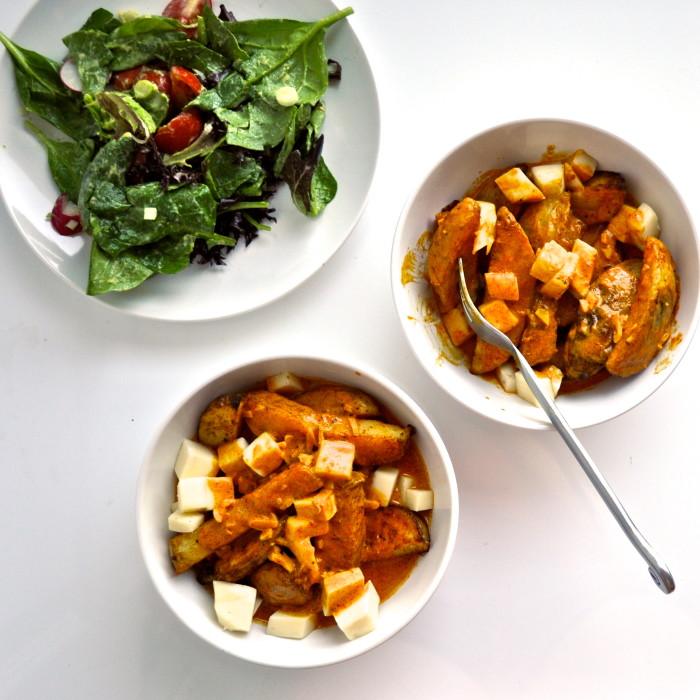 However, I have to admit, even though I am from Montreal I hardly ever ate poutine when I lived there. It is funny how your relationship with certain dishes transform once you leave ‘home’. I remember being in London and my friends asking me what ‘Canadian’ food was. Of course, one of the first things that came to my mind was poutine. Eventually I found a Canadian bar that served poutine and I introduced them all to poutine one glorious night (it was very exciting even though the poutine was absolutely horrendous). Since then, I have occasionally had it (vegetarian versions of course!) but it usually makes me feel full and heavy. 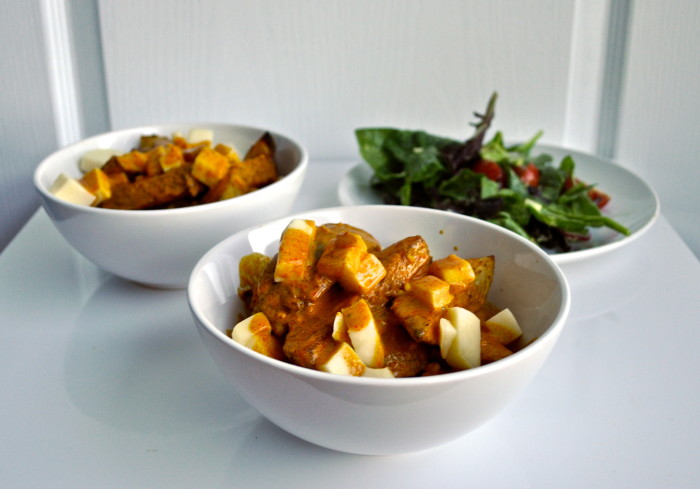 This poutine is simply delicious. The seasoning on the oven fries is worth it just on their own, and of course the sauce, which I was practically drinking the first time we made it, is fabulous. It is perfectly balanced and spiced and it is so fast and easy to make. Originally, I wanted the cheese element to be paneer (since I was going for an Indian theme) but I couldn’t find it anywhere. Instead, I went with ‘cheese curds’ which weren’t exactly as squeaky as the quebecois kind but it worked well enough. 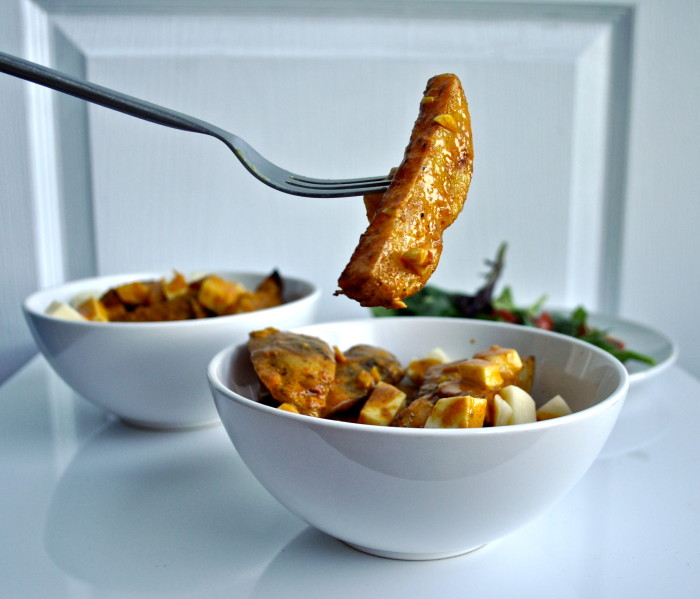 Serving Size: Serves 4 as a side dish

'Gravy' recipe from Vij's at Home

Bring a large pot of water to a boil.

Parboil your potatoes for about 7 minutes, until they are still quite hard, but not completely raw anymore.

Bake for 10 minutes on one side, flip potatoes and cook for an additional 10 minutes (until golden brown and crispy).

While your potatoes are baking, in a small pot on medium heat, add your canola oil for the sauce.

Once the oil is hot add garlic and saute until it starts to color.

Whisk in water and cream and remove from heat.

When you are ready to serve, heat up gravy. Place fries at the bottom of a bowl and top with gravy and a small handful of cheese.