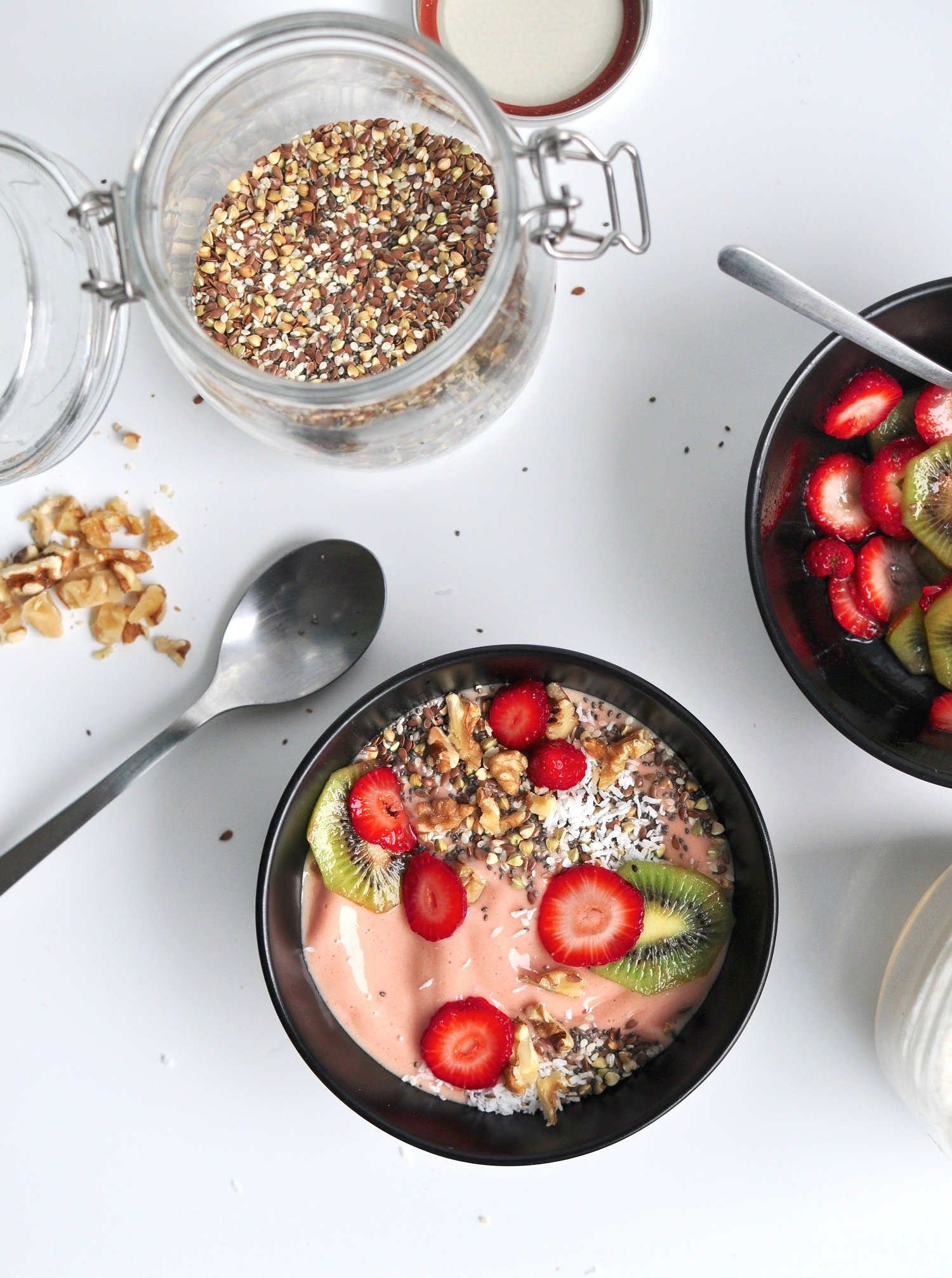 Smoothie bowls have only been in my life since I had my first acai bowl in Hawaii last year. What a breakfast-changing discovery that was! Since then, my freezer has been consistently stocked with a variety of fruit and my pantry is always full of potential crunchy toppings. You don’t need a recipe to make a smoothie bowl. They are endlessly cusotomizable both in terms of the base and the toppings. However, ever since I started making smoothie bowls, I have discovered that some are superior to others. There are even sometimes smoothie bowl flops. That being said, a couple of weeks ago I discovered a combination that I thought was especially delicious. It had the perfect proportions of equal parts strawberries and banana and a little extra mango for a super refreshing, delicious breakfast bowl. 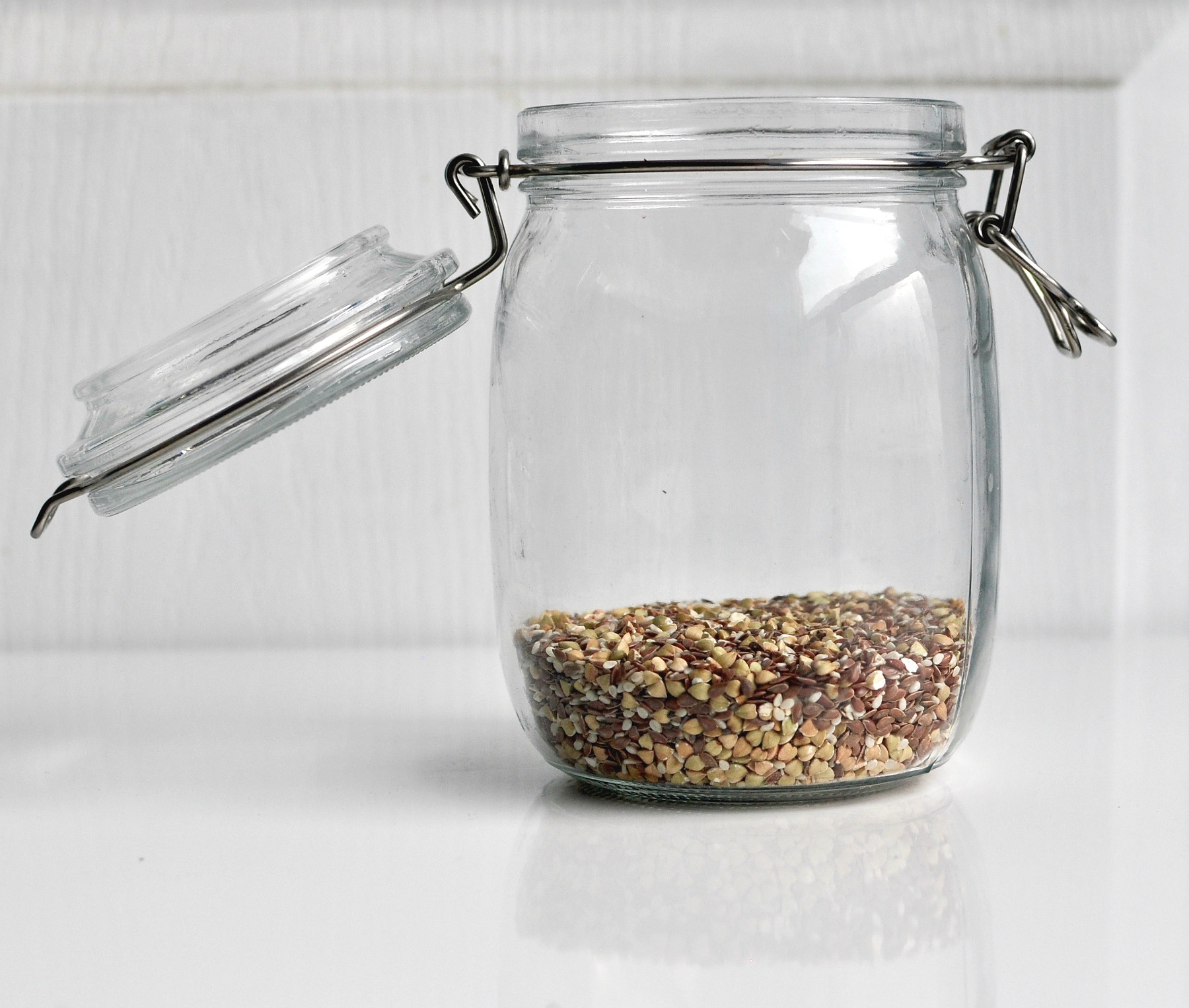 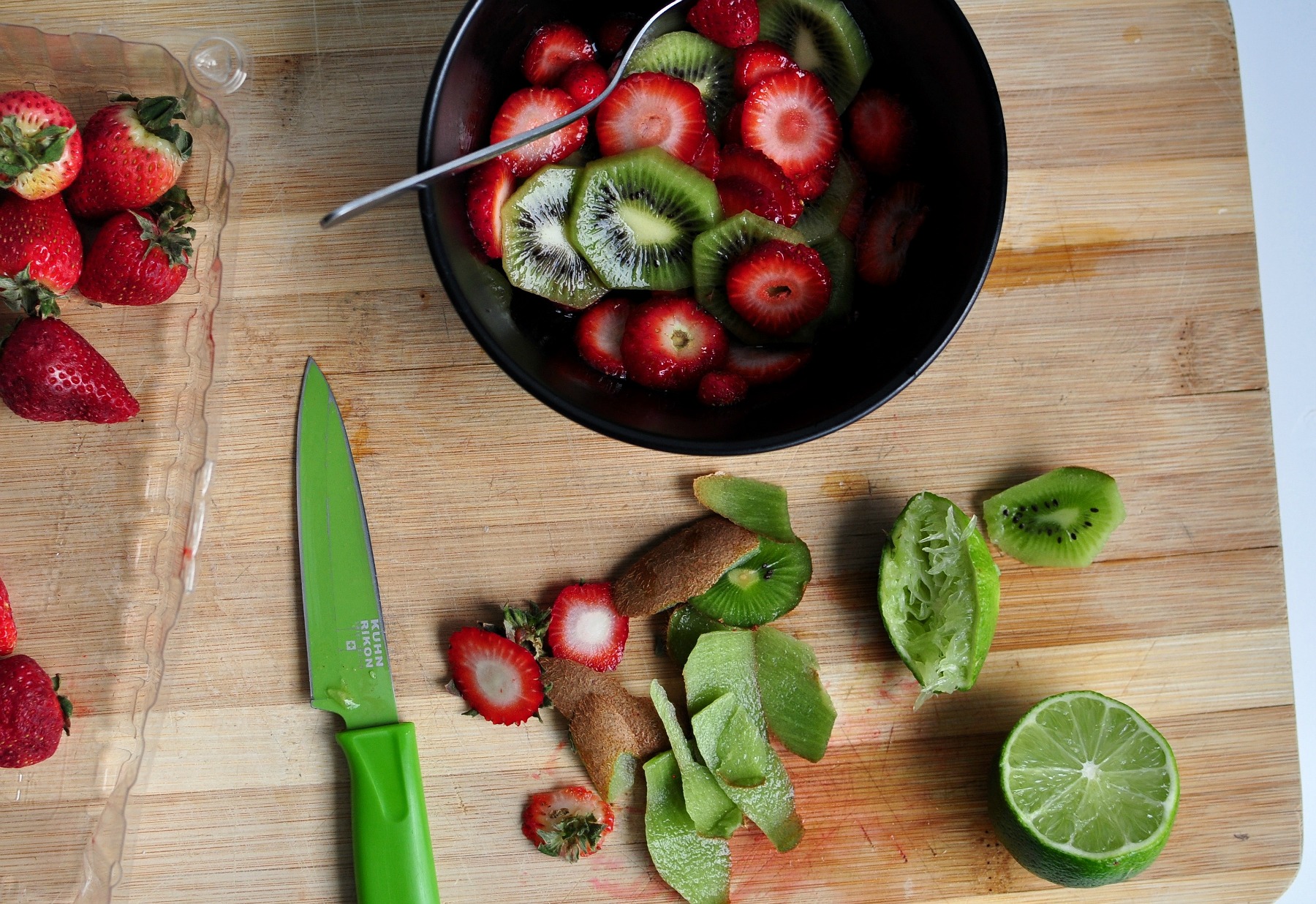 Since realizing that some smoothie bowls are better than others, I thought it would be a shame not to share this one here. Even though I maintain that this is a ‘no recipe required’ meal, it’s nice to have some ideas of where to start for delicious flavour combinations. I am a huge fan of the mango, in particular. I love how it is sweet and tart at the same time and it tends to blend up beautifully. Along with the frozen banana, it definitely adds to the creamy texture. The strawberries add a blush of pink to the bowl and another layer to the flavour. 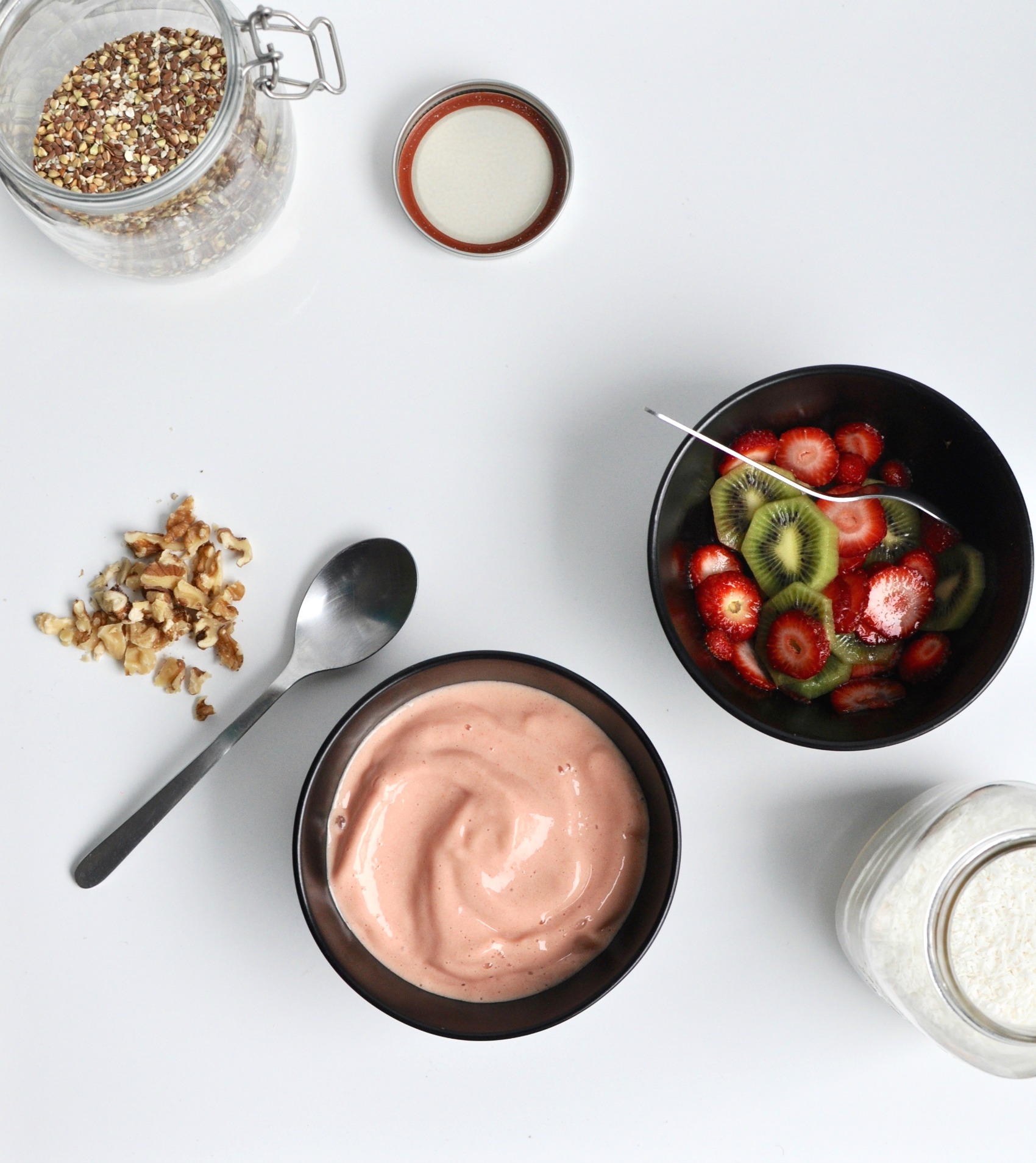 Other than flavour combinations, I have also learned a few things since making so many smoothie bowls over the past year. First, I slice and freeze my own bananas. It is super easy to buy an extra bunch of bananas every couple of weeks and have them ready and waiting in my freezer. Using frozen bananas in smoothie bowls is the most important component. Without them, it is hard to achieve an extra creamy and thick texture. I like to freeze my bananas before they get too ripe (I definitely don’t want any brown spots on them!) because the more ripe they get, the stronger the banana flavour will be in your smoothie. Even though I like the taste of banana, I like when other flavours shine through in my smoothie bowls. 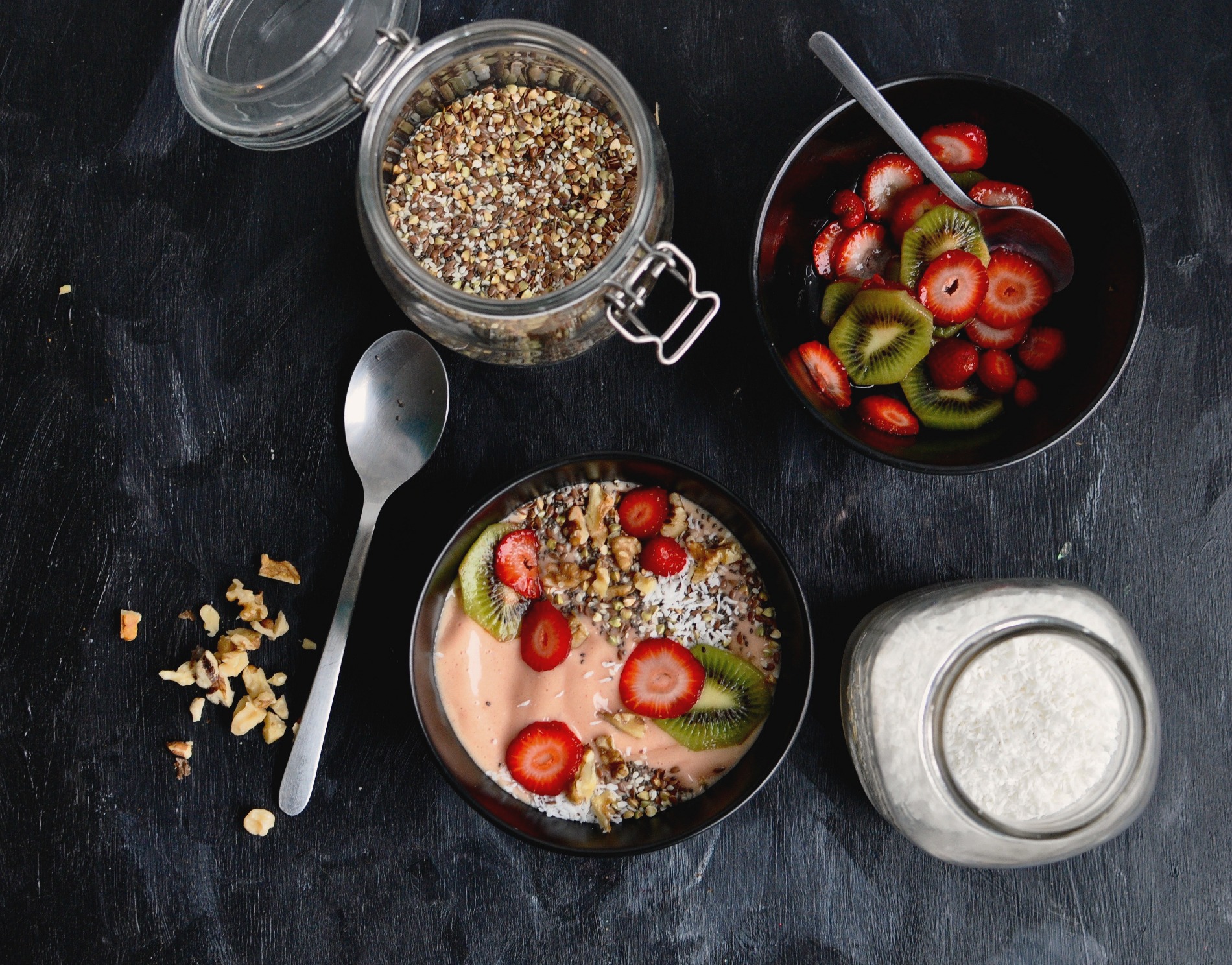 Second, I’ve taken up the habit of keeping a huge mason jar filled with my own “seed mix” in my pantry. I used to keep tons of mini mason jars with seeds, picking and choosing which ones I wanted on a given day; however, I tended to pick the same ones. So, I like to combine chia seeds, flax seeds, sesame seeds, and buckwheat groats in a huge mason jar so I can just grab a couple of tablespoons of the mix for the smoothie bowls or my oatmeal. It’s super convenient and you can totally customize the seeds that you like to use all of the time. Other topping tips, definitely include using something crunchy. Nuts are an easy go-to, but sometimes on the weekends I will also throw together my 10 minute muesli for a quick but extra special topping. This time around I decided to soak some fresh sliced fruit in a squeeze of lime and a drizzle of maple syrup for an extra pop of flavour. 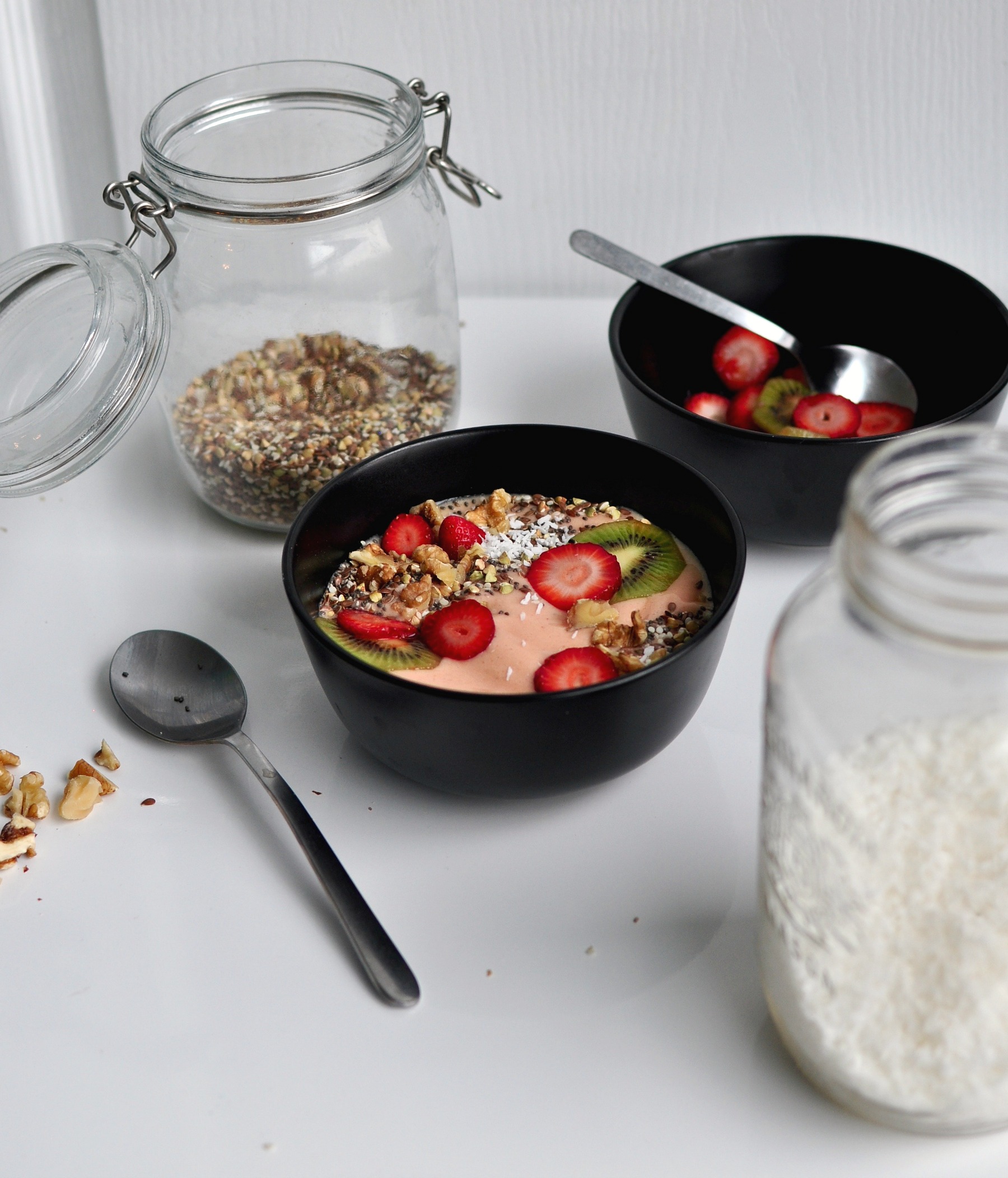 It's a little difficult to measure frozen fruit because of their shape. Basically, you want equal parts banana and strawberry with a little more mango. It's really important not to add too much liquid. You can always thin out the smoothie but it's hard to make it creamy and thick again. A tiny amount of liquid can transform a chunky smoothie to a creamy, smooth bowl, so it's best to be patient and add your liquid slowly.

Feel free to use whatever type of milk you like in this smoothie bowl! I like to choose one with a fairly neutral flavour.

In a small bowl, combine sliced strawberries, kiwi, lime, and maple syrup. Stir and set aside.

Place your frozen fruit in a blender with 1/2 cup of milk. Blend until completely smooth. If you need more liquid, add in 1 tablespoon of milk or water at a time.

Transfer to a bowl and top with fresh fruit, seeds, coconut and walnuts.